Two years ago this weekend I was in Chicago with Jay Ferruggia to go to Lollapalooza.

Jay is a hardcore music fan and is also, as you know, one of the most hardcore and respected trainers in America.

In fact, I’ve flown to NYC and Jersey several times just to train with Jay at his gym (plus we did a brutal workout in Chicago before the concert back in ’07).

And while we didn’t make it down to Lollapalooza this year, I did manage to get Jay to answer a few email questions about…

CB: Jay, what kind of insane workout did you do yesterday? 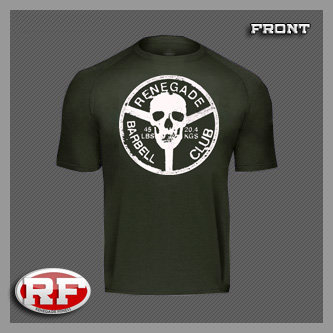 JF:
I ran a dozen forty yard sprints in the morning, about two hours after breakfast. That was, of course preceded by a pretty good warm up.

At night, six hours later, we did a heavy lower body workout.

Before squatting and deadlifting I like to foam roll for about ten minutes and then get in a pretty good dynamic warm up.

I like to be dripping with sweat and feeling very loose and “safe” before getting under a heavy load.

That’s not a problem at Renegade Gym as it usually gets up to ninety degrees during summer workouts and you’re sweating like Patrick Ewing in the fourth quarter after your first warm up set.

We started with five sets of hurdle jumps. After that we worked up to a five rep max on a box squat and then finished with a back off, death set of 20 reps.

Then moved on to some shrug pulls for sets of 8-10. Finished up with the neck harness and some sledgehammer work.

At the end of a squat or dead day I lay face down on the floor, resting on my elbows, with my spine in extension for about ten minutes.

The Russians believed that doing this helps realign your spine and set everything back in its proper place. I always feel better when I do it.

CB: Yeah, I started doing that after hearing about this from Pavel. Not 10 minutes though, maybe I’ll try longer…Alright, so back in May I trained at your Renegade Gym. Remember how that 40 year old guy schooled us in the sled row? Whatwas up with that? How do you train that guy? 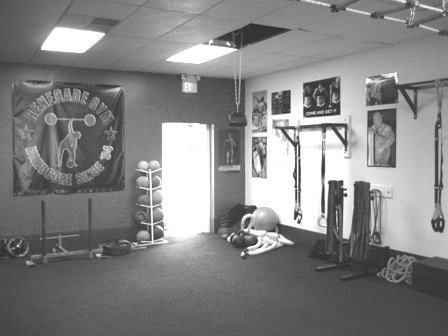 The thing about Mark is that he never even thinks about his age and would never consider using it as an excuse or a reason why he shouldn’t be in there outworking and out lifting kids twenty years younger than him.

And that is one of the reason he has had such great success in the gym.

While he doesn’t think about his age I do.

The reality is that his recovery ability isn’t going to be what it used to be. So I try to keep his volume relatively low and stay on him aboot not going to
failure and overtraining.

He lives to train as hard as humanly possible but I have always tried to instill in him that doing so isn’t always the smartest approach and won’t always yield the fastest results.

This system allows for plenty of stimulation while providing an optimal amount of recovery time and you rarely feel beat up or experience any kind of joint stress.

He has a bad back from some old injuries so we only load his spine on one of the two lower body days. This gives him a full nine days between squat sessions which is usually enough.

Whatever we are doing, he hits it hard and gets done in 45 minutes.

CB: What is your new “Renegade cardio” program all aboot? You know how much I hate that word. Now why’d you have to go and do that?

The only reason I use that word in the title is because most people recognize it whereas they might not know what conditioning or energy systems training means.

But the fact of the matter is that Renegade Cardio is not cardio at all.

I am showing people what we do at Renegade Gym, where we have never had a treadmill, stationary bike or stairclimber, yet have always gotten people absolutely shredded time and time again. 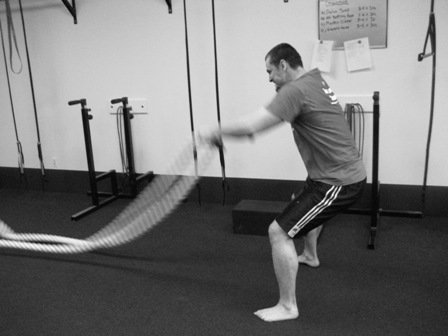 Now I know not everyone has access to those implements so I have given you plenty of other options to choose from as well.

Of course, my favorite way to get lean is sprinting which doesn’t require any equipment at all. In Renegade Cardio I cover my favorite sprint workouts and exactly how and when to do them. 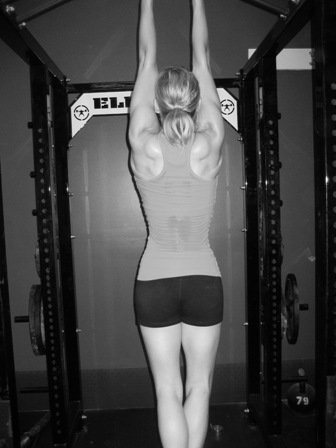 Having said all that I realize that some people may still end up being relegated to a stationary bike for one reason or another.

So I’ve created some killer workouts with the stationary bike that will help you get ripped without sapping all your strength.

See, here’s something a lot of people don’t realize… The worst thing you can do for your fast twitch muscle fibers is drown them in a pool of lactic acid.

Let me explain… When you do intervals on a bike the way most people do and get that intense burning sensation in your legs, you are accumulating a large amount of lactic acid.

This is the worst thing you can do if you want to be fast and explosive. Lactic acid turns fast twitch fibers slow.

Since the majority of my clients have always been athletes and those that aren’t are usually weekend warriors, I need to avoid this at all costs.

One mistake people make is that they keep the intensity too high on the bike during their active rest interval.

This is fine, as are any other interval recommendations, if your main goal is simply to lose fat. But when you need to maintain power you need to keep the hard intervals short and the easy intervals veeeerrrrry easy.

Just high enough to keep your heart rate up above normal.

Over time if you want more variety you can work up to twenty second intervals but the second you start accumulating lactic acid you need to immediately hop off the bike and jump rope or do jumping jacks for a minute until you flush the lactic acid.

If the gym you are in allows it I prefer to sprint for ten seconds on the bike then jump rope for a minute and continue in this fashion for 15-20 minutes.

This is far more effective than typical steady state cardio and will not decrease your speed or jumping ability.

CB: Nice. We are now friends again. Now what about your new “Advanced Muscle Building Program”? You should have called it Mandelbaum muscle building, like after the Mandelbaum family in Seinfeld. So what’s the deal here?

JF:
I was considering that. But that’s a little too hardcore even for me.

With the Advanced program I introduce some new concepts such as intensification and adapation phases, the supercompensation effect, controlled over training and the hyper growth phase.

You need to be ready for this stuff otherwise it could really mess you up.

That’s why I require everyone to complete the main program first so that they have a solid base of size and strength before taking it to the edge with the advanced programs.

After gaining 20 plus pounds on the main workout, the advanced system will keep you growing out of your skin for another few months. 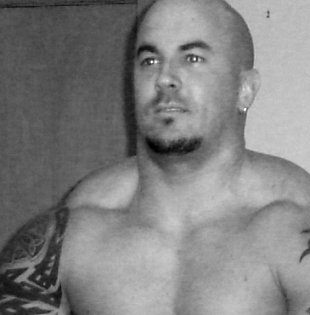 CB: Nice work, LaRue. Alright, so what’s tomorrow’s workout look like for you?

Of course, since we can’t train at Jay’s, the next best thing to do is get his new programs. And you can get them here: