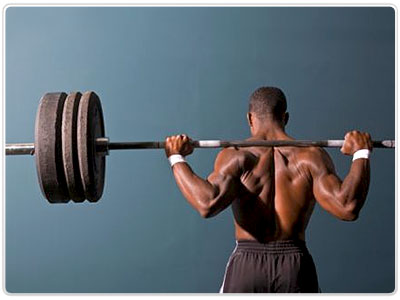 You learned how to put together a savoury, healthy, and variety-filled Sunday football feast, vegetarian-style, in part 5 of my interview with fitness expert, Jason Ferruggia.  But today we’re going to switch things up and look at workouts, specifically the truth on how many days a week you really need to be working out and why.

Craig Ballantyne: Let’s transition back into some training stuff. What have you noticed, over the 15 plus years of training people, that will help your regular clients and also the athletes that you work with lose fat fast?

Then how did you take some of the lessons that you found with the athletes and transition them into the regular folks that you’re training? What is kind of the cool stuff that not a lot of people know that you do?

Jason Ferruggia: Well, all my athletes and athletes that train intelligently in general, always seem to be able to get down to SINGLE DIGIT body fat fairly easily.  Then you have the average guy going to the gym struggling and he’s always stuck at 20 or 18 percent body fat.

He’s on the treadmill, the stair climber, the elliptical. So, right there first and foremost, is high intensity methods. A lot of power athletes, a field athlete like a football player, can’t afford to do traditional cardio or steady state aerobic activity because that will kind of DESTROY his fast twitch muscle fibers and make him slower and less explosive.

They really don’t even have that option first of all. 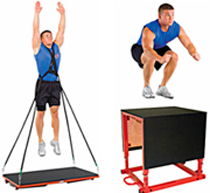 They’re forced to just do high intensity methods like plyos, sprints, agility training, and things like that. So, they’re doing that kind of stuff and they’re getting way leaner than the guy who is sitting on the bike for 40 minutes a day. That should tell you something right there. That kind of stuff, the latter, is not that effective.

Again, you get great results from doing things you’re not used to.

So, people might come into the gym and say, “Why do you have that 45 year old guy doing box jumps?”

Well, that’s a good question. There’s no need for him to do box jumps. First of all, it’s fun, and it also helps him. He develops his fast twitch muscle fibers, he becomes more explosive and he can use more weight for more reps on certain exercises, which leads to him burning more calories.  Just overall, it benefits him.

Any time you do anything like an athlete, it does benefit you in some way even if you’re not playing a sport. We do all those kinds of things. We throw, we crawl, do anything that I would have an athlete do.  It is far more functional and you bring more muscles into play.

You just end up BURNING MORE CALORIES in the end.

Craig Ballantyne: Okay. The last time we spoke you were talking about how you moved to more of a three day per week training program…

Why don’t you tell us why you moved to that from four days, how you learned that, and even the experiment that you actually did in your training center? This is something that HARDLY any other personal trainer strength coach could possibly say that they actually did a study on their clients and had results.

Jason Ferruggia: I love to train, so I could train seven days a week if over training wasn’t an option. Not everyone has the luxury of doing that and none of them have a schedule that affords them to do that. So, I experimented.

I do know a lot of guys like to train four days a week if they have the choice.  So I experimented with a lot of my guys to see what would get the better results, from FOUR days VS. THREE days. We went back and forth for about a year just trying a lot of different things. I was kind of set in my ways with a system that I had been using for years, because it gets outstanding results.  But I said, “Let me try some different things here and see what’s what.” 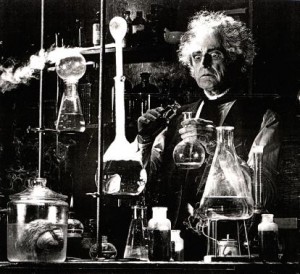 On the four day, I found that if you’re going to do four days you really have to limit it to three hard days. I feel like it always ends up becoming three and a half days with a fourth day on a Saturday.  This has to be kind of a down day where you’re just doing glute ham raises, some neck and grip, some calves and abs, something like that.

Four, hard big workouts is A LOT mentally and physically to get up for.

So, if you have a big bench press day, a squat day, a military press day, and a dead lift day, that’s four big workouts in a week with assistance exercises. I find that’s a lot for people to handle. You can do it for about two or three weeks, but then I do find that people start to BURN OUT on any kind of excessive volume or frequency after about two to three weeks. For me it’s only two weeks. It depends how strong you are, you’ll burn out faster the stronger you are.

Four days just wasn’t practical for a lot of people and the motivation wasn’t always there also. So, people coming three days were always excited to be there. By the fourth day, a lot of times people were kind of dragging like, “I’m here again.” I didn’t want that.  I like people to be motivated every time they’re there.

It’s always nice to have a day off between workouts as well, not just for your muscle but for your nervous system, your mind and your joints. That way you’re always fresh mentally and physically with three days. That’s why we ended up sticking with three days.

Three days always has seemed to get the best results for everyone I’ve trained.

Join me in part 7 where fitness expert Jason Ferruggia explains how little you really need to train in order to still see incredible results.