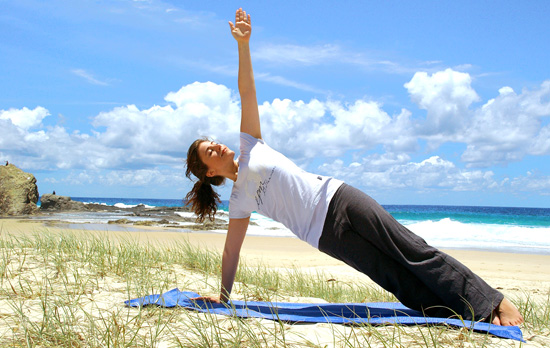 If you’ve ever wondered what the best fat-burning exercise to combine with your resistance training program is, then jump back to part 3 because I’ve got you covered.

For today though, let’s look at ab training exercises. Specifically, if you wanted to show off some ripped abs, how would you even go about getting that desired look?  Well, the answer might surprise you.

Let’s check it out…

How do I convert my weight loss into really tight and firm abs? Is there any way of just strengthening the muscles more?

So, what we have is most people they lose belly fat and they get down to the point where they’re probably a couple of percentage points above the 10 percent and 14 percent I mentioned before. If you’re 10 and 14, 15, or 16, obviously if you’re at 14 for a woman you’re going to see your abs, because you’re going to be very lean. So, let’s say 10 percent and 16 percent is where you should see your abs on men and women.

If you’re around that point or a couple percentage points above that, people start to get a little bit worried. They think people are walking around with those flexed six pack abs all day, but they’re NOT. I guess you would see on a guy like me the abdominals, like an outline of the six pack abs, but you wouldn’t see them like you see them in my photo. 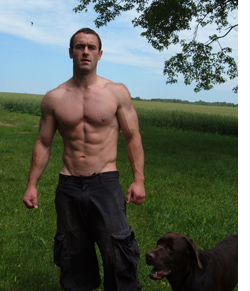 I’m PURPOSELY flexing the abs in my famous photo in my parent’s backyard from 2008, I think it was. I’m flexing my abs there.

You’re not going to see abs like that on someone just walking around. I think there’s just that misconception there. If you want tight abs you have to flex them.

Having said that, it’s important to be able to activate those abs…

…you’re going to be able to do that by bracing your abs in all the exercises like we talked about.

So, anytime you’re doing an exercise at least START with braced abs. You’re not going to be bracing your abs all the time in every exercise, but think about your abs all the time. You should also be doing stuff like planks and side planks, because that will help you activate the abs.

Research shows that when you touch an area you’re going to be able to activate that muscle more than if you aren’t touching it. So, this is great for beginners if you’re getting personal training and you can’t activate certain muscles.

Obviously, you might not want your trainer touching your butt…

…but if you’re doing something like a triceps exercise or you’re doing pushups, your trainer can just come and put their fingertips on the triceps there. That actually should help you feel that muscle more and activate that muscle better. That’s a good beginner tip there.

Again, going back to the question on tightness….

That’s really what it’s all about with the tight abs and keeping them firm. Even when I’m just sitting here and I’m leaning back in my chair I CAN FEEL the muscle there, but they’re not tight or firm unless I tighten and firm them.

Choosing the best abdominal exercises can be difficult. In part 5,  I provide a few recommendations to help you engage your core as you challenge the intensity of your workout.