I hope you caught yesterday’s blog post with Eat Stop Eat author, Brad Pilon.  In part 6 of my interview with the the dieting and nutrition expert, we managed to take down one of the biggest myths surrounding food – carbs.  So, if you thought about going on a low-carb diet, or you’re just unsure how many carbs to eat in order to still lose fat, then skip back and read through that post.

But what happens when you’re following everything to the letter, and you’re STILL not losing weight, how can this be?  Well, Brad offers 2 very likely reasons for this….

Craig Ballantyne:   Talk a little bit about the variety and why that’s important to help people lose weight.

Brad Pilon: So, this is the key.  I mean, you ______ talk a lot about yin and yangs and balances and checks and balances.  And for my opinion, if I were to define an OPTIMAL WAY OF EATING, it would be a combination of finding a way to eat a lot of variety while still eating less.

Because obviously just by your goal being to eat a lot of variety, it could cause you to overeat just simply because you’re trying to eat everything in front of you.  But if you can balance variety with less then it’s almost impossible to overeat any one food group, right.

And you’re not really ever gonna miss some micronutrient or some macronutrient or whatever next month’s latest and greatest food ingredient is because you’ve got such a wide variety goin’ and you got your bases covered. 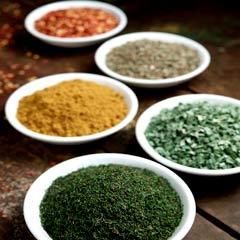 I mean, every single supplement I’ve ever designed in my life, the building blocks were from herbs and spices, you know, things that you can normally find in your diet and then we just isolated it down, made it sound cool, sold it to you for an amazing, amazing margin.  But really, I mean, fenugreek, cinnamon, cumin, these are all things that make great dishes, right, like, it’s great food, and then mangosteen and all these – papaya abstract.  You know what’s really even better than papaya abstract?  Papaya, tastes awesome, try it.

So, variety with a little bit of self-control, and with the goal of eating a little less than you might want to if you’re just goin’ for it, that tends to end up balancing everything else, and then you sort of have to get rid of your checklist and notebooks of what to eat and what not to eat.  So, it’s just an easy way to do it, and you know in the end, you’ve covered your bases.

Craig Ballantyne:    Very cool.  One other thing I wanna ask about calories is I get so many people e-mailing in saying they’re only eating 1,200 calories and they’re struggling with their weight loss, and, I mean, that is just so few calories.

I really don’t know what to say to them because if they’re doing the program and they’re eating 1,200 calories, I mean, it just boggles my mind.  I just don’t understand how they can’t be getting closer towards their goals.

One is that anybody who’s eating 1,200 calories is eating 1,200 calories-ish. Because any given calorie calculator or calorie estimator is exactly that, it’s an ESTIMATE based on average.  The numbers we put on packages are rounded estimates based on averages of massive runs of food, right, which means the muffin sitting in front of you may be different from the muffin you bought last month, only by a small percentage but it adds up.

The other thing is the numbers, in terms of the gram weight of a product, well, we have a range at food companies that we’re allowed to do.  So, if I’m telling you my granola bar is 80 grams, it could probably be 111, 112, right, and that’s still considered 80 grams, it’s within a normal variant.

So, you don’t know how many calories you’re eating, you have a BALLPARK figure.

You know, when I said for my contents, I was eating around 1,800, that was my best guess, and remember most of my food was processed, too, so it might’ve been a little easier to calculate ‘cause I was just scoopin’ a protein powder into a blender.  But in general, you have no clue.  I mean, you’re doing your best with educated guesses, but all the other numbers you’re workin’ off of can vary in their guesses, too.

The other problem happening is that the idea of just eat 500 less calories per day and you’ll lose a pound of fat a week is actually a bit of a MISNOMER, it’s a bit of a myth, ‘cause you have to eat 500 calories less than you’re burning.

So, the interesting thing here is, Craig, if you’re – let’s say we’ve run a bunch of tests on you and you’re resting metabolic rate is about 2,000 calories.  And then we know you workout a lot, so let’s say that your total daily energy intake between working out and taking Bally to the park is like 2,800 calories, that’s how much you burn in a day.

Now, let’s say you’ve been on a bit of a BENDER, you’ve given up on this whole turbulence training thing and you’ve just been doin’ like 4,000 calories a day.  And you decide, “Oh, I gotta get back on track.”  If you cut down from 4,000 to 3,500, you’re still overeating.  I mean, you’re dieting, but you’re overeating, you’re getting fat just slower.

In fact, if you cut down by 1,000 calories, you’re still not losing weight because you’re below that number of 2,800.

And this is what gets really confusing for people, is that you can cut all the way down to, let’s say, 3,200, so you’re almost there, but you’re not gonna be losing weight because that’s fat mass you’re carrying around, by and large it doesn’t really cost a lot of calories, it’s a lean mass your activity that counts.  So, you actually have to get down to that number, just a little bit below 28, not a ton just a little bit, to lose weight.  So, I think that’s what gets a lot of people confused

But there is a SWEET SPOT.

And it sounds kinda depressing, but the way to think about it is if you’re dieting and still not losing weight, you’re already 90 percent of the way there.  You’re doing something right, you’re just not quite there, you know, it’s just a little bit more moving around during the day or just a small, small change to your diet, nothing drastic, push from a large coffee to a small coffee, that sorta thing, it’s gonna get you right under that sweet spot and you’re gonna be rocking.

But that’s why people can drastically diet for a week but just not quite drastic enough.

And drastic’s the wrong word.  But people can diet for a week, maybe get confused and think that they also have to eat 300 grams of protein, bump their calories a little bit higher than it should be, and you’re goin’ like, “You know, I’ve been really diligent.  I’ve ate eight times a day for the last two weeks, I’ve been watchin’ my calories, and I haven’t lost a pound.”

So, combine that fact with the fact that it’s very hard to know how much you’re eating, it’s easy to see why people can come to you and say, “Craig, I’m eating 1,200 calories and I’m not losing weight, this is ridiculous.”

It’s because they actually, to lose weight, they need to be eating at least under 1,400, just from your given scenario, that’s why they aim for 1,200.  And just because of a little bit of poor math, a little bit of overestimating and forgetting to count one of their frappuccinos, they’re actually eating at 1,500, they’re just gonna stay where they are, they’re not losing weight.

So, it’s tricky, and a lot of it just has to do with the fact that a lot of the numbers that you see are averages and guesses that you’re trying to build a finite number around.  So, you have to realize that if you think you’re eating 1,200, you may not be, and don’t go crazy because YOU’RE ALMOST THERE.

It’s just little, itty-bitty changes and you’ll be well on your way to losing weight again.

Craig Ballantyne:    Very cool.
Okay, so now that you know why you may not be losing weight, how can you start getting results that stick? Find out in part 8 of my Brad Pilon interview.