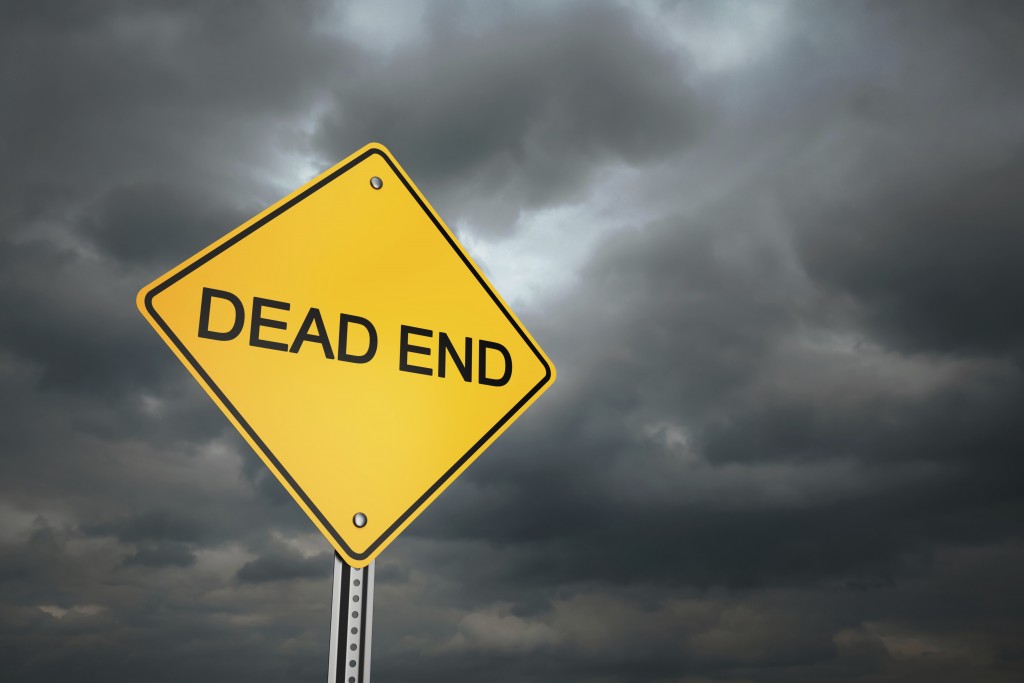 Costs are rising. Your grocery bill keeps getting bigger, but you have the same number of mouths to feed. Gas prices, for both your home and your car, keep shooting up, while airline fares for work and family trips – along with the ridiculous add-on charges – have grown by 4% this year alone.

There is hope. “2013 saw a record number of millionaires rise in the United States,” writes Dan Kennedy in his No BS Marketing to the Affluent Newsletter, but he warns in the next sentence, “also, a record number fell from the middle-class into poverty.”

Your future rests in your hands. You can’t rely on the government to save you. You need to ignore what the government tells you in their press releases that sound uncannily like the Newspeak from the Ministry of Plenty in Orwell’s classic, 1984. Things are much worse than any level of government – federal, state, or local – want to admit. You see it every day. It doesn’t take a degree from the Harvard School of Business to get a real handle on the economic situation.

“Only around 60 percent of able-bodied people between the ages of 18 and 65 are working, which is the lowest participation rate the economy has seen since the Great Depression,” warns Porter Stansberry of Stansberry & Associates.

Take Debbie and Dan Brown of Denver, for example. They are average folks raising an average family in The Rocky Mountain State. She earns $48,000 per year as a physiotherapist and he brings home $43,000 with his construction job. Those are the average salaries in Denver for those positions. But that’s not even enough to help them achieve middle-class status, according to Charles Hugh Smith, of the Of Two Minds blog.

The “middle class” has atrophied into the 10% of households just below the top 10%. The truth is painfully obvious: A middle-class lifestyle is unaffordable to all but the top 20%.

Smith reports that many people would like to have a middle-class lifestyle… but only the rich can afford it.

Smith figures there are 10 key criteria for entry into the “middle class.”

1. Meaningful health-care insurance (not phantom “insurance,” with deductibles that cost thousands of dollars a year that offer no non-catastrophic care at all) 2. Significant equity (25%-50%) in a home

3. An income-expense ratio that allows you to save at least 6% of your income

5.The ability to service all your debt and expenses over the medium term, if your spouse becomes unemployed

6. Reliable vehicles for each wage earner

7. You don’t rely on government transfers to maintain your lifestyle

8. You have non-paper, non-real estate assets, such as family heirlooms, precious metals, tools, etc., that you can transfer to the next generation – that is to say “generational wealth”

9. The ability to invest in your kids (education, extracurricular clubs/training, etc.)

10. Leisure time devoted to the maintenance of physical/spiritual/mental fitness

Growing up, I considered that richer than Scrooge McDuck!

I was fool to think that my family, with our old beat-up cars and cut-to-the-bone family budget, even fit in lower-middle class.

One of my longtime virtual mentors, author Bill Bonner of Bonner & Partners, shares in my surprise.

“Who can afford all that?” Bonner asks. “The cost of all these middle-class things came to $106,000. Trouble is America’s middle class doesn’t earn that much. Only those in the top 20% of household incomes qualify. The middle class, as Smith tells it, is desperate to continue its “aspirational consumption financed by debt.” It’s a trap – set for you by (those whose votes can be bought cheaply).”

You must take control of your financial future. Your only hope, the only way of escaping the “new dead-end middle-class” is to educate yourself.

According to Jed Kolko at The Huffington Post, “Household income is strongly correlated with education. Median household income is $33,500 for households headed by someone with a high school degree or less, $49,300 with some college or an associate’s degree, $77,500 with a bachelor’s degree, and $100,000 with a graduate degree.”

But if going back to college is not an option for you, then how can you breakout of the new, dead end middle class trap? It’s surely not by going to work for a corporation. While companies on the New York Stock Exchange have been reporting record profits, they are simultaneously announcing massive layoffs. How does that help the middle class?

Only you can help yourself break free.

You must educate yourself on the opportunities available, whether you are a key employee within a business or if you are the business owner yourself. Now is the time to turn your attention to becoming a lean, profitable organization. It’s not just about the money you generate as revenue, what matters is the money you keep as profit.

“Move up or move down,” writes Kennedy in his newsletter. “In your business, deliberately move up and get a better class of customer. What you really want to measure and manage is the profitability and sustainability of the customer you attract and work at retaining.”

For example, sales at expensive fine dining restaurants grew by 3.6% between November 2012 and November 2013, while sales at casual dining establishments grew by only 0.8%. The news is full of casual dining closings and poor stock returns. Red Lobster was recently sold at a bargain basement stock price. Wal-Mart and Target are even posting disappointing sales results.

What type of customer would you rather have? The one that is sustainably profitable, of course. You don’t necessarily need more customers, more clients, or more sales. What you need is more profitable customers that you leave you with more money leftover at the end of the day. Profit allows you to extract capital from the business. With that capital, you can save and invest to take care of your future.

SUGGESTED: How the Super Rich Earned Their Money

“Over time, the numbers get enormous. In 10 years, you’ll have more than doubled your money, to $25,937. In 20 years, your compound return will be 572.8%. And you’ll be left with $67,275. That’s why Albert Einstein called compounding the “eighth wonder of the world”… and why veteran market observer Richard Russell calls it the “royal road to riches.”

“Stock picking alone won’t make you rich. Depending on what stage you’re at in your wealth building, you’ll want to learn about the importance of asset allocation, stop losses, and position sizing. Purely focusing on stock picking alone is, frankly, a path to the poor house,” concludes Hunter.

Posted in Articles, Careers, Family, Health, Lifestyle, Self-Improvement, Wealth, Work and tagged how to escape the dead-end middle class, middle class
This error message is only visible to WordPress admins