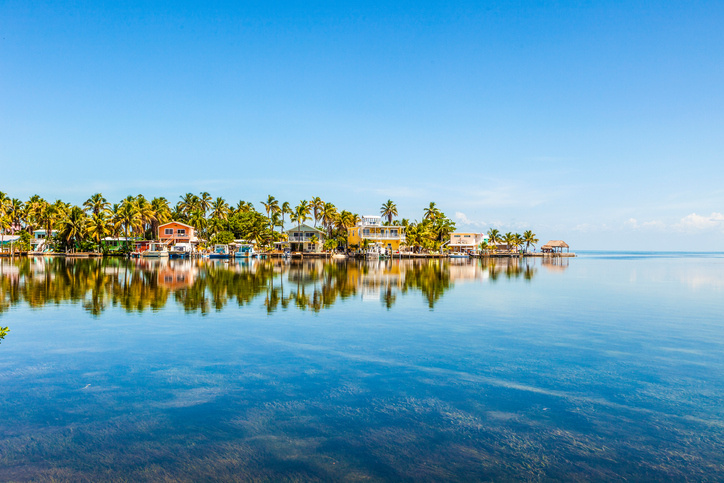 My good friend “VL” has recently come into a tidy inheritance of $1.4 million.

After a promising start as a news anchor, he quit that career when his marriage broke up. Because he had custody of his two kids, he had to find a way to make a living that would allow him to be a stay-at-home dad when they weren’t in school.

For more than 15 years, he struggled to make ends meet by doing odd jobs. In the evenings, while the kids were doing homework, he brought in a little extra money by handcrafting silver jewelry that he sold to a handful of local boutiques. He was hoping to turn his little hobby/side business into something that might eventually support his young family … but then his dad became very ill. So VL put his life on hold, packed up the kids, and moved from Florida to California to care for his father.

We kept in touch by e-mail during those difficult years. Then one day VL called to tell me that his father had died … and that he had inherited a large chunk of money from his father’s estate. He hadn’t expected the money, and didn’t know how to deal with it. “How much is $1.4 million?” he wanted to know. “I mean, is it enough to retire on? Do you think I can I live off the interest?”

In a book I’m writing now, I take the position that any seven-figure net worth – as little as a million bucks – is enough to retire on. So my answer was “yes” – if he could live frugally.

“Could I ever,” he said, delighted. “In all the years I’ve been working, my income has never been that high. Most years, my kids and I lived very happily on half that amount.”

Suddenly, VL’s future had dramatically changed. Instead of working hard for the rest of his life, he could kick back and enjoy his second 50 years without worrying about money.

In achieving a life of financial independence, VL has one great advantage that many people his age are missing.

He has learned how to live richly on a small income.

What he doesn’t have – and doesn’t need – are all the emblems of wealth: an expensive car (he drives a vintage Volkswagen), designer clothes, an imposing home, and so on. And he’d much rather cook dinner at home for a few friends than dine out at a fancy restaurant.

About a month after we had that initial, revealing conversation, I spoke to him again about his progress and his plans. “I’ve decided to move back down to Florida,” he told me. “In fact, I’m planning on buying the house I grew up in.

“I’m going to try to turn my jewelry-making into a full-fledged business, and I know I need to put some money aside for that. And then I’m going to invest the rest and live off the income.”

“To give yourself a good income with the least amount of risk,” I explained, “you need to keep your basic living expenses – most of which depend on the cost of your home – to a minimum. If you can rent now and buy that house for $350,000 in a year or two (which I think is very feasible), then you’ll be making another five or six thousand dollars a year in interest income. Plus, you’ll be saving money on property taxes.

SUGGESTED: How to Escape the Dead-End Middle Class

“Rather than buy that overpriced house now, at the top of the market, rent it and invest the money you would have spent on it in an area with more upward potential. In five or 10 years, when prices have stabilized, you’ll have plenty of value in the real estate you own. You’ll be able to sell it and buy your dream house then, when the prices should be better.”

VL didn’t like that advice, because he had his heart set on buying the home right away. I understand the feeling – he wants to know that he has a place he can call his own, that no one can kick him out of, that he can recreate into something wonderful. But from a purely economic perspective, he’d be making a mistake to invest such a big percentage of his inheritance in South Florida real estate.

“Buying a home is never simple,” I replied. “It’s always been a balancing act between the head and the heart. But your inheritance is large enough and your financial needs are small enough that you can probably have your cake and eat it too.”

I promised to send him recommendations for an investment portfolio that could allow him to achieve all his goals:

Buy his dream house for $450,000. Invest some money in his business to get that going. Earn at least $60,000 a year from the difference. And enjoy a worry-free, rich life.

You may already be in VL’s position – with about a million-dollar net worth. Or you may be looking forward to the day when you are. If you want to know how to achieve a net worth of $1 million to $10 million in seven years, you might be interested in the ideas I had for VL.

1. First, VL should buy the house for $300,000 down, with a 30-year, fixed, $150,000 mortgage. Since I expect the market to take a steep step down and then start a gradual turn upward again, the long-term, fixed-rate mortgage will allow him to ignore market fluctuations. Based on current rates, he should expect to pay about $11,376 a year in interest and principal, plus another $7,000 or $8,000 a year in taxes. That should give his heart the peace it wants while his head can reasonably count on a long-term appreciation of at least 6 percent.

2. With his $1.4 million diminished now to about $1.1 million, he should allocate $100,000 for his business. His business has several of the attributes that I recommend for people in VL’s situation: It can be run from home on the kitchen table, it can be developed on a part-time basis, and it can be marketed through the Internet.

If he learns direct and Internet marketing (I recommend Direct Marketing University and Instant Internet Income, he can expect to see that business start to give him positive returns of $10,000 to $100,000 a year after an initial development period of between 12 to 24 months. That extra income – when it comes – will be extra income that he probably won’t need. But since he enjoys the business anyway, he might as well do it the right way and get paid for it once it moves into profitability.

SUGGESTED: The Cut-Off Age for Getting Into a New Career or Business

3. Of the million dollars that remains, VL should invest $500,000 in quality government bonds, yielding a tax-free return of about 4.5 percent That will give him an income of $22,500 – not much, but it’s tax-free. In pre-tax terms, it represents about $30,000 – or half of what VL needs to enjoy a rich, financially independent life. When buying bonds, VL should “ladder” them out by expiration date. That is, he should buy some bonds that will expire in 2010, some in 2011, some in 2012, etc. The idea is to eventually have enough stretched out all the way till your 90th birthday.

4. VL should then invest $300,000 of the $500,000 that remains in some combination of very conservative, investment-oriented stocks. Our own Andrew Gordon is initiating a service that will specialize in income investing. I would advise VL to follow Andrew’s portfolio or buy high-quality index funds. In either case, I think he can expect to earn between 6 percent and 10 percent on his money – given the condition of the market today. In terms of planning his personal budget, he should expect to earn only 6 percent – $18,000 a year (pre-tax) – on his stock portfolio.

5. Finally, VL should invest the remaining $200,000 in undervalued real estate. Is there still any of that left in the world? Absolutely. I’d recommend investing either in Latin American retirement properties or in the Southwest (if he decides to stick with U.S. properties). Based on the current market rates that Justin Ford has been showing me, VL can expect to make at least 10 percent on his cash in these areas. And that’s not counting rental increases and appreciation.

This is a simple plan, but it should achieve all his objectives. He would own his dream house. He would be earning, on a pre-tax basis, about $68,000 a year (enough to cover the extra expenses of owning a home). And his risk of seeing his nest egg deflate would be very low because of the combination of bonds, conservative stocks, and undervalued real estate.

As a bonus, he could look forward to seeing his investment properties throw off increasingly large returns, not to mention the appreciation – which could easily amount to an extra $12,000 to $50,000 a year, depending on how he leverages the properties.

And the final glicken is his business: something he intends to do for the fun of it. I have a good feeling that after a few years he’ll be enjoying a nice income from that too.

After working so hard for so many years, VL deserves the good life that awaits him. If he does what he plans to do – invest his money conservatively and keep his expenses low – he should be able to enjoy a worry-free, personally rich lifestyle for the next 50 years.

Posted in Articles, Investing, Motivation, Personal Finance, Self-Improvement, Wealth and tagged $65, 000, 000 a Year, buying a home, Investing, investment, live off $65, retire
This error message is only visible to WordPress admins