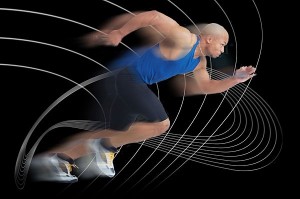 Hi folks…we took a bit of a break from the Abs Q and A, but there’s no better way to jump back in than by dissecting cardio and interval training.  So today, I’m going to take you inside my fat loss obsessive personality and reveal how it has helped me discover one very under the radar method for losing fat fast. Let’s go…

Is it better for me to cut back on cardio and focus on ab specific training or up the intensity of my cardio? I currently do one hour a day of steady state or light interval cardio.

Well, some of these questions were pulled from my blog and I guess this may not have been a long time reader, first time blog commenter, because obviously I would tell this person that one hour a day of steady state training is NOT THE BEST USE of your time.

We want to get into that interval training.

That’s obviously a basic answer, so what’s new in interval training? What can I talk about?

First of all, what I’ve certainly found in the last few months since I discovered the research study on this is that the shuttle type interval sprints are just awesome. They’re really effective, and they’re harder than regular sprints.

So, going back to the origin of this story, what I found while studying one of my research journals, and I do this every Sunday night generally, because I get this huge list of email alerts about the hottest new studies that have come out, so you’ve got like 100 or a 150 studies and I comb through them. Then I’ll pick the best and review them during the week.

What I found was this interval training study done on professional soccer players.

What they compared was straight line sprinting VERSUS doing the classic shuttle run or suicide type sprinting drill that so many athletes do in their practices. I’m sure you’ve seen them or done them back in your day. They were surprised to find that the shuttle run led to a greater cardiovascular and work response, so all that changing in direction made it harder than just running in a straight line.

You’ve seen me apply these shuttles to my Turbulence Training Adrenaline program, I think it was also in the transformation program. Getting these shuttles in there, and I’m playing around with it myself in my own workouts, I think has been a big boost to my interval training effectiveness.

The second thing that’s kind of new in interval training is I’ve really started to dissect the interval training research coming out of Australia, more so than I think anybody else has done, because I’ve never come across any other personal trainer or fitness expert talking about this in their interval training articles.

What the guys from Australia reported is kind of confusing, but they first reported that doing the eight second sprint and twelve second recovery led to a greater increase in the hormone adrenalin, scientifically called epinephrine in your body.

What they found by doing the eight second sprint and twelve second rest that you increase the adrenalin in the body more and you increase your fat burning. That’s the exact regimen, the eight seconds on, twelve seconds off, repeated as many times as possible for 20 minutes, so I guess they would have done that 60 times, because you go through that cycle three times in a minute.

Now, here’s another thing that most people, I would say 99 percent of trainers, if not 99.9 percent of trainers don’t know about, because again, I’m the only person who has done this research, I’ve spent hours on the internet tracking down this researcher and all the media he had gotten. He had been interviewed mostly by Australian newspapers, but a little bit of American media as well.

What I found was they did NOT change the DIET of the subjects in this interval training study.

So, I read one other fitness expert and he was kind of trashing the results of this study saying, “They only lost five pounds in 12 or 15 weeks on this interval training, so how good can it be?” But, here’s the thing…. 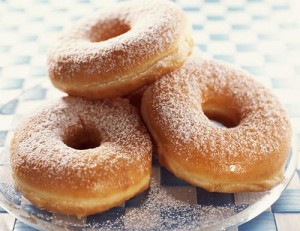 There was no change in diet.

One subject was even quoted in one of these media articles that she was eating doughnuts and sugar and all this stuff, her diet was terrible she said, and she lost, I believe eight kilos in 12 to 15 weeks. I can’t remember, I think the study was actually 15 weeks.

Just imagine if a woman can eat doughnuts and sugar and lose eight kilos in 15 weeks simply by doing 20 minutes of interval training three times per week. That is going to be a huge BOOST for interval training in fat loss and popularity.

The weird thing is as I was studying this group out of Australia, and I believe they’re from the University of New South Wales and the gentlemen who conducted these studies is Doctor Steve Boucher. I think he was a Doctor, he’s sometimes mentioned as Professor, but generally these guys are also Doctors, whether they have a PHD or medical doctorate.

There was another study that he was involved with and what they found was there was actually in this study they compared eight seconds on, twelve seconds off against 24 seconds on, 36 seconds off. So, instead of doing the cycle three times in one minute they just did 24 seconds of all out intensity and then rested for 36 seconds. But, they did the same workout, I think it was 20 minutes.

What they found was the 24 seconds worked just as well as the eight seconds, so you could either do eight seconds on twelve seconds off three times in a minute and do that for 20 minutes or you could 24 seconds on 36 seconds off and 20 times in this interval training. That’s what they worked their way up to. There was no difference in the increase in adrenalin from either one of those interval training methods.

So, it looks like from this other study that they did that you don’t need to do eight seconds twelve seconds off, which is good, because it’s almost IMPRACTICAL to do that on any type of machine. Now, it’s also pretty impractical to do it for 24 seconds as well, unfortunately. 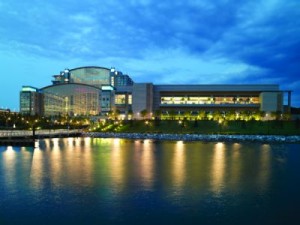 I know, because I was doing interval training this weekend when I was down in Washington at this really nice hotel called the Gaylord Hotel, that’s where the seminar was in Washington Harbor Area. It’s a very new part of Washington, so if you’re ever down there it’s a very nice place to visit. You can walk around the water and there are shops.

Anyway, I was doing the interval training and what I would do is I would run for a minute and then I would immediately step off the treadmill and take the intensity down.

So, it’s almost IMPOSSIBLE to do 24 seconds on 36 seconds off on any type of machine.

If you’re thinking, “What about if you just increase the revolutions on something like an elliptical or a bike.” Well, that’s not how these studies are done. These studies are done with these people doing interval training against a resistance, so the resistance comes down automatically on these special bikes that they have so they don’t need to change the intensity through a machine or have it gradually increase.

Again, you’re probably left with if you really want to get scientific and you want to do 24 seconds sprint, 36 seconds recovery you’re probably limited to doing that running according to your stopwatch and then slowing down immediately to a walk.

I suppose if we combined those studies all together doing shuttle run interval training for 24 seconds and then resting for 36 may be the MOST EFFECTIVE way of interval training. That is what the research suggest to me, although obviously they haven’t proven that. 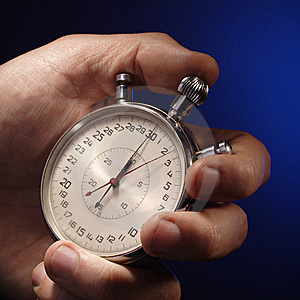 Often people ask me, “What’s the best interval training?” I used to say, “Everything seems to work, there’s no research, there’s definitely no comparisons.” That was the first time I’ve seen any type of interval training compared. Now, is eight seconds on twelve seconds off compared against 24 seconds on 36 seconds off, and they didn’t do a long term weight loss study, they only did a one session to see what the adrenalin response was.

So, very interesting stuff there, certainly some stuff to think about for your interval training. However, if you are a beginner all of that stuff is probably way too advanced. All we simply want to do is get you working at a slightly harder than normal cardio pace. Eventually, we’ll get you up to some more advanced interval training.

Again, if you are a beginner, just slow and steady, then increase. Start with one minute walking at 10 percent harder than your normal walking speed, and then decrease it down. 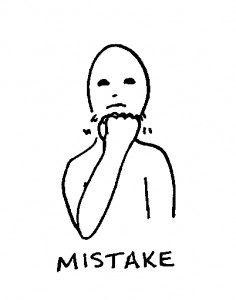 I hear from people all the time, they say, “I run my intervals at seven and then I do my recovery at five point five.” I hear all the time when I post my intervals, I was running my intervals at 11 miles per hour with a one percent grade for a minute, and then I go all the way down to three point five miles per hour for recovery and I walk. People were really surprised on Facebook the other day when I was posting that, but that is how you do interval training.

It’s called recovery and rest interval for a reason….

Even when you properly do what’s called aerobic interval training, which is what marathon runners do to increase their oxygen capacity even more so than anaerobic interval training, which is shorter sprints, they still do two minutes at a hard pace and then they recover completely for two minutes by what’s called passive recovery at moving at a very slow pace.

In fact, research shows that this passive recovery, the very, very light exercise helps you recover, because it removes the waste products from the muscles that are working. Gets into the bloodstream, takes it to the liver so it can be all returned to normal.

In fact, none of anything changing your body, none of Turbulence Training has anything to do with heart rate. It’s interesting to know how high your heart rate goes up in interval training, how low it recovers, but…

That one kind of needs to sink in on people, but just because you have your heart rate elevated for a certain amount of time doesn’t mean you’re going to lose fat, as all these cardiovascular studies have shown where the results have been disappointing.

If you’re always wondering which ab exercises are the best at getting chiseled abs, then head on over to part 4 where I share simple tips and tricks you can start doing today.