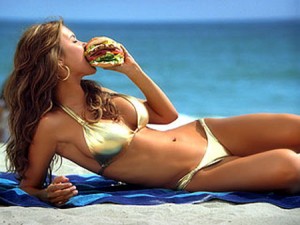 Let’s face it, there’s nothing desirable about a diet in which you’re forced to replace your favourite foods with the same boring, tasteless foods day after painstaking day. And worst of all, most of the time these fat loss diets DON’T even produce optimal results.

So, I recently sat down with Joel Marion, creator of the Extreme Fat Loss Diet and had him take me through some very interesting nutrition, and what he calls, sneaky tips to help you lose belly fat extremely fast.

But first, let’s go over some of the common FRUSTRATIONS people have with standard diets.

Boredom or Lack of Variety:

If you get bored with your diet, there’s a high likelihood that you’re not going to stick to it.

No More of Your Favourite Foods:

Most diets require you to give up your favourite foods for an extended period of time. And when people do end up eating these foods they have a tendency to associate it with feelings of guilt or with it being a negative.

On top of that, it’s just unenjoyable to think for the next three or four weeks there are certain foods you can’t eat at. It’s this type of restrictive nature of dieting in and of itself that is a huge issue for a lot of people.

There’s nothing more frustrating than putting in the time and the effort and seeing very little in return. Unfortunately, this typically happens with most diets – You’ll see an initial surge of fat loss, but as the weeks go on, your results only slowly trickle in.

So I asked Marion…

How long can people stay on a diet, the same diet, and still get results?

Well according to Marion, it’s NOT through a reduced calorie diet. According to research, after only 7 days of limiting your calorie intake, the hormone levels of leptin decrease to where it has the following side effects on your body:

So while in the beginning, this reduced calorie deficit may lead to fat loss results, over time, these results will slow.

But, with a just a few tweaks to your diet and to your workouts, Marion believes you can avoid low leptin levels AND experience incredible fat loss results week after week after week….

In order to have success with your diet, you’ll need to overcome the 3 most common frustrations we mentioned earlier that dieters face – boredom, food deprivation, and lack of results.

So how can you do that?  The answer, Marion suggests, is in CHEAT DAYS….

After only 7 days of following a reduced calorie diet, the hormone leptin will drop off by 50 percent, meaning your fat burning potential is reduced to 50 percent. 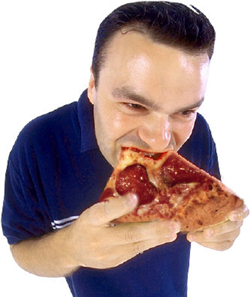 fastest. So, all your favorite foods, the foods that everyone else tells you not to eat while you’re dieting, be it pizza, ice cream, or whatever, they are actually going to be your savior.

What Will This Do?

The leptin hormone will increase back to baseline levels, your fat burning hormones will ramp back up, and your appetite will return to normal levels. But, best of all, you’ll enter the next week of dieting in the same fat burning state as when you started your diet.

Each and every single week you’ll be going into the diet with a RENEWED METABOLISM which ultimately will allow you to burn fat at peak efficiency.

…on your cheat days, only eat until you’re moderately full and then stop.  Because if you’re stuffing yourself to the point of discomfort, then you’ll end up walking around all day feeling sick, defeating the purpose of your cheat day altogether.

Besides burning more fat and avoiding fat loss plateaus, the psychological benefits of knowing that the foods you love are never more than a day or two away help avoid the pitfalls of most diets – boredom and lack of variety.

And when you start seeing consistent progress week after week after week, it will become so much more psychologically easy for you to stick with the diet, because your motivation level will be extremely high.

So we now know cheat days elevate both your metabolism and the hormone leptin, which in turn presses the reset button on your metabolism…but how can we use this information and take our fat loss to another level?

…let’s say your cheat day is on Saturday, on Sunday your body, with leptin levels raised, is in a prime position to burn fat – all you need to do is create the deficit and your body will burn the fat.

The results of combining these two powerful techniques have so far been incredible – with some of Marion’s clients losing up to a pound of fat a day.

NOTE: This type of massive calorie restriction is only recommended every once in a while, but could mean the difference in adding five more pounds of fat loss a month than you would have experienced otherwise.

Will Cheat Days End Up Overflowing into Fat Storage?

If you think all these calories from your cheat day will overflow into fat stores, then you’re right, BUT…

…Marion shows us how you can overcome that hurdle, while enjoying your delicious foods and cheating your way thin…

Let’s say you gain half a pound of fat as a result of the cheat day, but you did so many positive things to your metabolism that you were then able to lose 2.5 pounds of fat that following week.

Your NET FAT LOSS for the week is two pounds, which is very good.  And if the net fat loss on a weekly basis is two pounds, then you’re going to be on the road to changing your body rather rapidly.

Still, the fact remains that maybe you put on a half-pound of fat because of that cheat day, right? Well, if you can eliminate that extra fat over the course of four weeks, then you will have lost an additional two pounds, equalling 25 percent more results.

So how do you do this?

By using your pre-cheat day to DEPLETE your body’s energy stores.

If you deplete some of that fat and most, if not all, of the carbohydrates that’s in your body prior to the cheat day, then when you do eat those massive loads of carbs, fat, and calories, you will just be REFILLING those stores, as opposed to having all those nutrients be in excess and SPILL OVER into your fat storage.

And just by following that one simple trick before a cheat day, you can transform your body fast.

But that’s just the start because you’ll need to know what types of workouts to do to really ramp up your results.

Mirroring Your Diet with Exercise:

There are many ways Joel does this in his Extreme Fat Loss Diet Program. For example, if you’re on a pre-cheat depletion day, your goal is to deplete your energy stores, and so you’ll want to follow a low carbohydrate diet for the day

Then you’ll also want to use a strategic workout that specifically achieves the goal of depleting carbohydrate and energy stores within the body. So, in effect, this mirroring process of both diet and exercise will maximize your fat-burning results.

If you’re on your cheat day, then you’ll want to do a high volume, bodybuilding style of workout.

With the massive influx of calories, carbohydrates, insulin, dietary fats, and nutrients going into the tissues within your body and in the blood stream, you’ll not only be stimulating muscle growth on that day, but you’ll also set yourself up to burn fat into the following week, while still enjoying your favorite foods.

In fact,  fitness expert and good buddy of mine, Vince Delmonte was so impressed with the 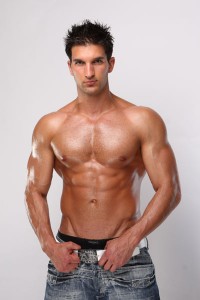 theory behind Marion’s Extreme Fat Loss Diet program that he gave it a 3-week trial before a recent photo shoot of his…the results, 3 pounds of muscle gained, and further leaning out is already lean body.

And it’s these types of fat-burning results Marion insists are possible, especially towards the latter stages of dieting when it becomes exceptionally hard to even think about those kinds of results.

So, you can imagine if you still had 15 to 20 pounds of fat to lose, just how fast you’d be able to transform your body with Joel’s Extreme Cheat Your Way Thin Diet.