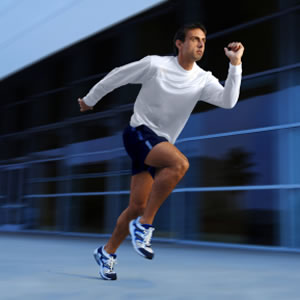 Hey y’all….if you’re just checking in after a brief break, then you’ve picked the perfect time to catch up!

Over the past week I’ve been sharing with you an interview I did with underground strength and fitness expert, Jason Ferruggia.  If you’ve never heard of Ferruggia, then I highly recommend getting to know him because the training he does with his clients is producing some incredible results – This guy knows his stuff.

And last day was no exception…

Training younger athletes is a very delicate process. You don’t want to push them too hard and risk injury, but you also want to get the most out of them.  So, how can you achieve maximum results with younger athletes?  Check out part 6 and find out.

On tap for today, Ferruggia reveals just how much cardio you should be doing to gain muscle and keep fat at bay.  But that’s not all, if you’re going to be doing cardio, then you want to make sure you’re doing the RIGHT type of cardio.  Get it wrong, and you’re wasting your time….

Craig Ballantyne: Now, one question that I wanted to ask that you were talking about a bit before is you make the skinny guys sit out of the conditioning stuff. Guys are always asking how much cardio, how much conditioning should I do if I’m trying to gain muscle?

So, what are your general rules and how does that differ from young guys to older guys, to guys who want to get really jacked and guys who just want to gain a little bit of muscle?

Jason Ferruggia: It’s funny, because now in the internet, YouTube, train like an athlete kind of phase everybody asks m 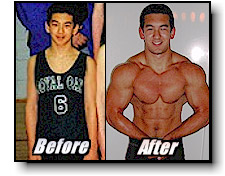 e all the time about what kind of conditioning they should do. We never heard of the word conditioning when I was coming up. Looking at bodybuilders in the 80’s there was lifting and there was cardio and no one did conditioning and maybe we’d do cardio.

To gain size and strength you really shouldn’t do any at the beginning if you’re SKINNY, it doesn’t matter what age you are. If you have a fast metabolism, the genetics to keep you lean, and your goal is to gain 30 pounds, you probably shouldn’t do any for at least 12 weeks if that’s your main goal.

If you want to do some, do what [Inaudible] Yates did and get up in the morning and go for a walk. I like to the two opposite ends of the spectrum, the two extremes, either HIGH intensity or really LOW intensity. I think the middle ground stuff is what causes cortisol release, which eats up muscle.

Basically, like I said, I would either have guys just follow Yates’ guidelines and walk OR I would do sprints OR some kind of high intensity method like that.

The in between stuff is NO GOOD.

Someone like me, 25 years old, I do not stay ripped by any means, I do NEED conditioning or I will get fat. So, I would train three days a week and then I would recommend two high intensity sessions. Personally, I prefer sprints above all else, so hill sprints.

The flat ground sprints are the riskiest, because you’re at risk of a hamstring pull, sometimes you’ll even pull a quad if your running form is horrible. Hill sprints really minimize the RISK, because of the angle of your body, so I recommend hill sprints twice a week. If you don’t have a hill near you sprint with a sled or sprint with a prowler.

The jump rope is great, it worked for every boxer in history, it will work for you.

Those are really the two basics.

Then I know people like to get into more of the fun stuff, which we do at the gym too, so if you have access to strong man kind of stuff, medleys like that are great where you take kettlebells and go into the battling ropes from a kettle ball swing, to a battling rope, to a body weight drill, to a sledge hammer swing.

For everyone else, like I said, it’s either LOW intensity or HIGH intensity. That middle ground stuff where you just get on the bike and ride pretty hard for 30 or 40 minutes, that kind of stuff I hate. That definitely causes MUSCLE LOSS and cortisol increase.

It’s either interval training or some kind of high intensity stuff or the real low intensity.

If you do the real LOW intensity you’ve got to do it obviously for a LONG TIME, six days a week for 30 to 45 minutes. But, those two won’t cause muscle loss where the other middle range stuff will.

Now that you have the cardio element figured out, let’s talk exercises, specifically, which are the best for each  body part.  Let’s head to part 8 of the interview and find out.