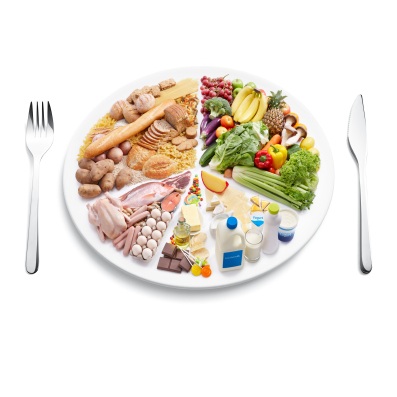 My recent column about habits – and how changing two of my bad ones allowed me to reach my ideal body weight in three months – provoked an outpouring of letters from readers asking for specific details.

I’d like nothing better than to unveil some unique, heretofore undiscovered weight-loss secret, but keep your seat. For starters, I lost about 10% of my body weight, hardly an Olympian achievement. And I did it – try to stifle that yawn – by eating better, drinking less and exercising more.

My reluctance to embrace a healthier regimen sooner was mainly due to personal ignorance and apathy. Today I’ll share some thoughts about how I remedied the first problem.

It’s hard to believe that a moderately aware, reasonably well-informed person can spend half a century on this little blue ball and still remain profoundly naive about something as basic as healthy eating. Yet somehow I managed.

Food – unless it happens to be sitting on my plate – isn’t a favorite topic of conversation with me. Nor does the subject top my reading list. Until fairly recently, the foundation of my knowledge was the Four Basic Food Groups that I mastered in third grade. You remember those, don’t you, and the accompanying chart illustrating plenty of red meat, whole milk, white bread, cheese and pasta? The only thing missing, as far as I could tell, was a piece of fried chicken and a Coke.

And so I wandered through life, eating whatever tasted best (whenever I felt like it) and congratulating myself for not topping things off with a bowl of ice cream and a cigarette, like some folks. (Actually, I usually did have the bowl of ice cream.)

However, I had an awakening of sorts a couple years ago when I attended a social event where I met several Whole Foods executives and found myself lost in conversations about chemical pesticides, the use of antibiotics to fatten livestock, conditions at factory farms and the nutritional excellence of kale and blueberries.

Since I had little to contribute to these topics, I kept my ears open and tried to learn something. My eyes took in something else, however. Virtually all these folks discussing what constituted the healthiest lifestyle had one thing in common: They were rail thin.

That made them pretty exceptional. Walk through any shopping mall or airport in America today and you’ll see something very different. Surveys show that roughly 70% of adult Americans are somewhere between overweight and obese.

Yet the Whole Foods-types I spoke with didn’t talk about weight loss. Their passion was the superb health, vitality and disease resistance that naturally accrues from nutritional excellence and an active lifestyle. Achieving and maintaining their ideal weight was merely a byproduct of their interest in optimal health.

Hmm. I felt like I was onto something here.

Our generation is among the first people in history to have the luxury of bombarding ourselves with low-cost, nutrient-deficient, high-calorie food. Mix in a sedentary lifestyle and the result is not only a reduced quality of life but a budding health-care crisis. According to the National Institutes of Health, obesity is associated with a two-fold increase in mortality and costs society more than $100 billion annually.

The best medicine, of course, is preventative. Unfortunately, too many doctors are inclined to prescribe a pill rather than a healthier diet. (Eisenhower warned about the military-industrial complex. But how about the new pharmaceutical-medical complex?)

A stumbling block for many is that eating – the most basic of creaturely activities – seems to have gotten complicated in recent years. You can’t listen to a food expert without hearing all about antioxidants, saturated fats, polyphenols, gluten, probiotics or omega-3 fatty acids.

And we’re only just grazing the surface. Author and “foodie intellectual” Michael Pollan points out that nutrition science, which started less than 200 years ago, is today approximately where surgery was in the year 1650. We haven’t even discovered all the phytochemicals and other micronutrients in our foods, much less how they aid and protect the body.

However, we do know two important things today:

2. Populations that follow traditional diets of high-nutrient, low-calorie foods suffer far less from these maladies. In fact, they enjoy a host of benefits including lower cholesterol and triglycerides, reduced stress, enhanced cellular repair mechanisms, better resistance to cancer, nonappearance of atherosclerosis and diabetes, a delay in the onset of several late-life diseases and greater longevity.

That’s a heckuva trade-off. Fortunately, people who get off the Western diet see dramatic improvements in their health – and relatively quickly. And despite all the conflicting claims out there, it doesn’t have to be a complicated process. Pollan points out that a healthy eating regimen can be boiled down to just seven words:

Eat food. Not too much. Mostly plants.

A little explication is in order …

Eat food. This dictate sounds puzzling until you realize that most of us today eat not whole foods (fruits, vegetables, nuts, whole grains, and lean meat) but what Pollan calls “edible foodlike substances.”

There isn’t much profit in selling mushrooms, raw almonds and collard greens. So food companies create – and grocery stores promote – higher-margin food products designed to appeal to our inborn preferences for sweetness, fat and salt. However, it isn’t healthy to eat things your ancestors wouldn’t have recognized as food. That rules out Lunchables, chicken nuggets, Twinkies, Doritos, Go-GURT, spray cheese, Cap’n Crunch, and most varieties of Hostess Ho-Hos.

The key is to consume naturally nutritious whole foods instead of processed foods with dubious health claims. (“Half the Calories of Regular Potato Chips!” “Zero Trans-Fats!”) As Pollan puts it, “If it came from a plant, eat it; if it was made in a plant, don’t.”

Not too much. The scientific case for eating less than you currently do – even if you’re not overweight – is compelling. “Caloric restriction” slows aging in animals and many researchers believe it offers the single strongest link between diet and cancer prevention.

Mostly Plants. Vegetarians are notably healthier than carnivores. They also tend to live longer. You don’t have to be a vegetarian – I’m not – to recognize the benefits of moving in that direction. In countries where people eat a pound or more of vegetables and fruits a day, the rate of cancer is half what it is in the United States. And there is evidence that the more meat there is in your diet – red meat in particular – the greater your risk of heart disease and cancer.

In addition, how you eat is almost as important as what you eat. Pollan notes that the French consume all sorts of supposedly lethal fatty foods and wash them down with red wine, but are healthier, thinner, and longer lived than we are. Perhaps that’s because they seldom snack, eat small portions from small plates, don’t go back for seconds and eat most of their food at long, leisurely meals shared with family or friends. These customs may matter more than any magical food combination.

Getting back to last week’s message, what really matters is your everyday practice – your default eating habits. In my quest to get healthier and reach my ideal weight, I fell off the wagon occasionally. Sometimes way off. But I discovered that’s ok. The important thing is not what you eat at a particular dinner party or at a certain great restaurant but how you eat day in and day out. No one wants to spend every meal obsessing about food. A relaxed attitude is important.

If healthy eating is something you or someone you love has struggled with, it wouldn’t hurt to consider a complete system like Weight Watchers.

Whatever approach you choose, understand that the stakes are large. Adopting and maintaining a healthy diet is the first and most important step on the path to wellness. It helps protect against heart disease, stroke, some forms of cancer and even the mental decline commonly associated with old age. It can lower your blood pressure, prevent or reverse diabetes and combat other weight-related illnesses, including depression. Better nutrition allows you to live a higher-quality, longer life, one full of joy, activity and enduring health.

Oh – and something else you may not have considered – you’ll probably look better too.

What diet change can you make today?