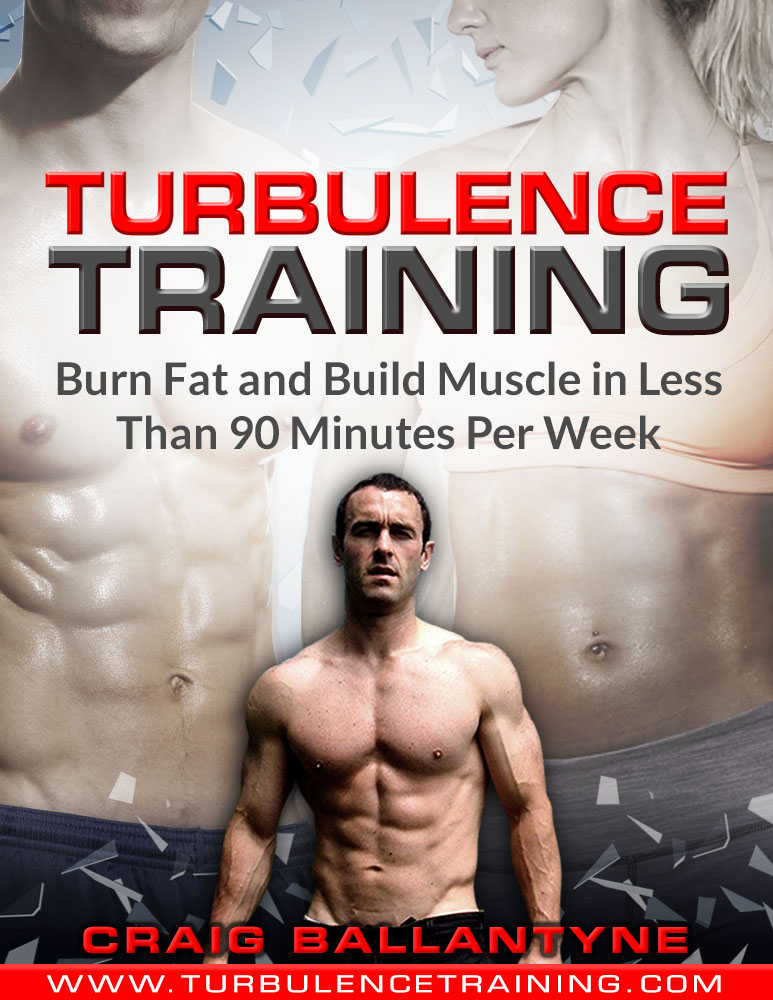 Mike: Hey everyone. This is Mike Whitfield with WorkoutFinishers.com and TrainWithFinishers.com, and you are in for a treat. I have with me on the phone my fitness and business coach, Mr. Craig Ballantyne. Craig, welcome to the call.

Craig: Hey Mikey. Thanks for having me, bud.

Mike: Absolutely, looking very forward to this. I know my readers love TT workouts and me being a TT trainer and of course introducing the TT principles. We’re going to talk a lot on some cool stuff, the 2.0 coming out, very excited about that. We’re also going to talk about some things that people can do if they only have four weeks to lose fat. We’re going to give some great tips on that and some other things as well. So let’s go ahead and jump into it.

Craig: Sure. When I was younger, I was really into bodybuilding and then I became really interested in training like an athlete. What I ended up doing was I started training people back in the late ‘90s and I realized that the way that I trained personally would be short burst workouts, the super sets and interval training, was helping my athletes get really lean in a very short amount of time. So I started using that with Men’s Health magazine, because I was writing for them, and we just found that it works so well.

So in about 2001, I published the very first Turbulence Training workout and I came up with the name on a flight from Salt Lake City to Toronto after a nutrition conference.

If I remember correctly, it’s something that I believe was from turbulence on the plane and it made me realize that if you put turbulence on your body when you train like this, it causes the afterburn and the afterburn causes you to burn more calories and burn more belly fat and get more results in a short amount of time so even though you don’t train as long as you probably used to, especially if you’re new toTurbulence Training, you get more results and that’s what matters.

So we’re helping people save time, lose their belly fat, and enjoy their life a whole lot more. It’s really fantastic, the feedback we get.

Mike: Definitely, and I get that same feedback as well by introducing Turbulence Training with my clients. Back when I trained one-on-one clients, that’s where they go the fastest results. I actually had several win the transformation contests using TT workouts. What I’m really excited about—I was actually a part of it—is Turbulence Training 2.0. Tell us if you will, two to three of the differences between the original TT program and 2.0.

Craig: Well the two main differences is 1) We’ve cut all the workouts down to 30 minutes so we reduced some rest periods but still maintained that super high intensity. This has been something that’s changed over the years. In fact, it’s been 10 years now. It’s the 10th anniversary since we put our first Turbulence Training website up. It was two years after we came out the first Turbulence Training workout we put a website up for it. So we’re celebrating the 10th anniversary by updating the workouts.

So shorter rest periods, more work in 30 minutes than ever before, and we’re actually using more metabolic finishers and bodyweight finishers along the lines of some of the stuff that we’ve worked together on to replace interval training. The workouts are shorter and there are no machines needed. So you don’t need a treadmill. You don’t need a bike. There are so many people that live in Wisconsin and like to do intervals in summer time but can’t do intervals in the winter time and so we’ve solved these problems with these workouts.

Since you were part of the film crew, you know what these workouts are like. They’re so entertaining and they’re so effective and they really do kick your butt in 30 minutes. So anybody that does it, you can get results. I mean you’ll be pleasantly surprised but I mean most people, specially in the Turbulence Training Finishers world know how hard you can work in just four minutes so it shouldn’t be a stretch for anybody to believe how amazing the results you can get from 30 minutes of training three times per week. So we’re really excited about what we have. That’s when each one of these programs comes with follow along workouts and that’s a new addition to the program as well.

Mike: Definitely. That’s a huge difference right there is the follow along videos, not only because I was part of that filming but I also discovered just little tweaks in my own programs and of course helping others with their programs. Just as an example, the dumbbell step up, I would step up on the bench and take about a second or two to come down but during the filming, you really had me take a good solid three seconds to sort of come down and that really, really fired up my glutes. So just those little tweaks right there as far as watching how we do it rep by rep on video is a huge difference. Of course the motivation and the accountability is also a big plus.

Craig: Yeah, huge feedback that we get from people about how it’s amazing to be inspired by you and by Brian and by myself and by Shawna who’s also in the videos this time. It’s just the community that you don’t get from a book, you can get a little bit more of it from the Turbulence Training videos and then you can get the interaction from the Turbulence Training membership site, too. But it’s really, really motivating for people when they’re not interested in training to turn the video on and be inspired by “Oh yeah, these guys are going at it hard. I’m going to go at it really hard today, too.” We change our programs more frequently than any other DVD program that you’re going to get. So that’s why it’s really, really fantastic to have these videos.

Craig: Well to be honest with you, I really only studied the ones that are most effective. My top trainers are Jason Ferruggia, John Romaniello, Alwyn Cosgrove so I speak with them mostly and I don’t get caught up in too much other stuff. But in general from people that go to the gym, the two biggest problems are they’re doing long slow cardio and they’re doing light intensity training just because they’re not interested in it or they don’t know any better. The other problem is that they don’t go in with a set routine so they just kind of wander around aimlessly. I’ve done that before, too, when I’m traveling and I was just too lazy to put something together. I really hate those workouts. They don’t come together very well.

So you have to get a good program, a good, structured professional program. Once you have that down, that’s really, really a big part of the program, a big part of your results, no matter almost who’s putting it together unless the trainer is really, really bad. Having that, increasing your intensity so that you can get in and out of the gym really quickly, those are the things that your program must deliver and then you go home and you have that extra time to put into your nutrition, which is so important. Those are the things that constitute a really good program.

With Turbulence Training, literally we’ve had thousands of success stories and we’ve been doing this for over a decade now. I’m just so dialed in with the latest experts that were above and beyond and advanced with the research but we’re also dialed in with the latest research, too. That’s why you get the tips and tricks that can make an exercise that’s already kind of tough, like the step up, into something that’s really, really effective.

That’s awesome. We have so much more to talk about over the next few days. Please join us tomorrow in Part 2, where we’ll talk further about programing a workout for all different levels.