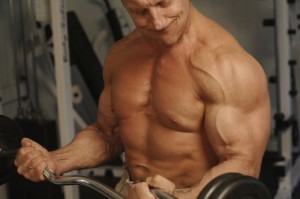 I’ll go ahead and say it – if you missed last day’s interview excerpt with Jason Ferruggia, then you’ll definitely want to go back and read through it…

…I don’t know how many times I get asked on Facebook for the BEST exercises to train the back, chest,  quads, hams etc.  So, if you’ve ever wondered the same thing, then head back to part 8, and find out the exercises Ferruggia recommends for building muscle and losing fat.

Today, we’re going to look at gaining mass, and training your calves. Ferruggia has an interesting formula he follows for both, so let’s see what he has to say….

Craig Ballantyne: Okay. Just to wrap up some of the stuff here, one of the questions on Facebook was a simple mass question. Sets and reps range and overall workout time when training for mass, what are the basics there?

Jason Ferruggia: The basics are you have to keep the volume LOW. The most important thing is getting stronger, so you have to get stronger every week. If you don’t get stronger there’s no way you’re going to get any bigger.

The workout time should be about 40 to 45 minutes.

The sets should be probably about 12 to 18 per workout. Per body part keep the sets minimal, no more than five usually, two to five sets. I usually prefer to work up to a heavy set.

I don’t like to do too many sets in the same rep range at the same weight, so we’ll VARY the rep ranges a bit. We’ll work up to a heavy set and then maybe do a back off set in another rep range or something like that. The BEST rep range for building mass and the average should be about five to eight reps.

Then if you’re a little bit more advanced, the back off set of between nine and 12 is always good. If you just primarily nine to 12 it’s not always the best option unless you’re older and stronger and a little bit beat up, then that could work for you.

Frequency is important too, so full body workouts work great for beginners and intermediates. They also work for advanced guys, you just can’t stay on them too long. There’s a way you should rotate on and off of them, which I explain in Triple Threat Muscle.

Everyone else, upper and lower splits work equally as well. But, there is a way to use both to really maximize your results. Like I said, frequency with full body, obviously you’re hitting three days a week. With upper and lower you’re going to be hitting twi 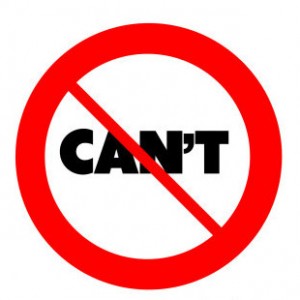 ce a week or once every five days, depending on how you train.

That is important as well. You CAN’T DO the old once per week per body part. That really doesn’t work that effectively. Anyone that’s not a high level elite bodybuilder.

Are there 2 or 3 things that people do that are just absolutely getting them nowhere? What are the big mistakes they’re making?

e seen that. It’s funny, there’s a couple guys who email me all the time and I know they’re getting nowhere. It’s always the same thing. It’s too much over thinking, too many questions.

You really have to pick a GOAL and STICK with it.

Don’t overcomplicate your training. Just decide, “This is my goal.” You can’t say, “I want to get ripped. I want to get huge.” That’s not going to work. You’ve got to pick one or the other.

It’s just information overload with the internet, I think.

Craig Ballantyne: All that MMA stuff now too, because everybody thinks they want to be super conditioned.

Jason Ferruggia: Exactly. All the conditioning stuff is getting to be way too much, where it is getting so hard for skinny guys to get strong, because they think they have to do Shawn Turks’ workout where they train in those five minute circuits without taking a break and flip tires, into chin ups, into the prowler.

It’s never going to work for a skinny guy. That’s not how you or I trained 15 and 20 years ago, it’s not going to work now. Get that out of your head. Just get focused on the big lifts. Just make sure your numbers climb.

Get rid of the ADD and the information overload. Don’t worry about what everyone else is doing.

Just PICK a proven system and FOCUS on the numbers. The numbers have to go up on the squats, the deads, the cleans, the chin ups.  Keep pushing those up and keep pushing the calories up.

Those are the biggest mistakes I see. It’s just the over thinking and the lack of focus, too much conditioning and worrying about that kind of stuff.

Like I said before, if your main goal is to gain 30 pounds in the next 12 or 16 weeks or however long, don’t be obsessed with conditioning. Maybe doing no conditioning is your best bet. It depends on how lean you stay, but that shouldn’t be your main focus. Your main focus in on lifting heavy weights.

Craig Ballantyne: And not jumping around from program to program, right?

Jason Ferruggia: Exactly, yes. Stick with something for a minimum of four months.

Craig Ballantyne: Actually, his question was about calf muscles specifically. I didn’t ask you for your best calf exercises. I’m pretty sure you and I have had discussions about this before. What’s worked for you and your guys?

Jason Ferruggia: Calves are probably definitely the hardest muscle to build. Genetically if you’re blessed with calves you’ll have good calves. If you don’t, they’ll be string beans.

Really, that’s the one muscle that I would say you have to go HIGH VOLUME.

Obviously, don’t do that tomorrow, you won’t be able to walk. Work up to that level of volume. Do that twice a week and that works really well. High volume.

#2. Then I would alternate the high volume phase with a lower volume phase where you cut the volume down to maybe a third of that, but do slow eccentrics and pause in the bottom of the stretch position for five or even ten seconds, which will be excruciatingly PAINFUL, but that does seem to work.

…I would FINISH up every one of your calf workouts with 10 minutes of jumping rope. I’ve seen guys put two inches on their calves in about eight weeks doing that. It’s brutal, it’s boring, it’s not exciting training calves, but if that’s your goal that will work.

Craig Ballantyne: That’s pretty crazy. A quick question from Keith Scott. He wants to know which year was better, 1989 or 1992?

Craig Ballantyne: All right. I told him that was an entire call right there.

Jason Ferruggia: I didn’t think you’d want me to elaborate, because we’d be here for quite awhile.

Let’s have Ferruggia finish off the interview with him detailing his formula for using the 5×5 method to build muscle.