Consumers in California are launching a class-action lawsuit against…

What the heck? Why are people suing one of the cereals in your cupboard?

Because of gluten. Good old gluten.
As it turns out, the company that makes Cheerios also sells a gluten-free version of Cheerios… except they forgot to use gluten-free flour in this version. 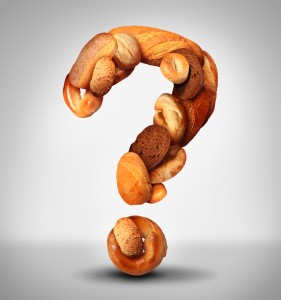 Jim Murphy, senior vice president of General Mills’ cereal division, said at the time that the incident that led to wheat being introduced into the gluten-free oat flour at the Lodi, California, facility was “purely human error. We sincerely apologize to the gluten-free community and to anyone who may have been impacted.”

D’oh! (Homer Simpson must have been in charge that day, LOL.)

But what’s the big deal about gluten anyways, you might be asking. You’ve probably heard about going gluten-free. Heck, your trainer, me, ol’ CB, has been gluten-free since 2012 (when I confirmed, through genetic testing, that I have the HLA-DQ gene that indicates gluten sensitivity).

When some folks eat gluten, they suffer severe digestive issues.

And when we stop eating gluten, those problems go away. For some folks, giving up gluten also leads to increases in energy, clearer thinking, and rapid weight loss.

If you eat wheat and are tired, bloated, or overweight, you can’t ignore the benefits of dropping gluten, wheat, and other offenders from your diet.
So here’s the full, politically incorrect truth about gluten. And when I’m done explaining it, I’ll give you a simple trick that has made all the difference for me.

What is gluten?
Gluten is a protein is found in wheat. In fact, some vegetarians use gluten as a protein source, like tofu. And get this: vegetarians have created a high-protein product based on wheat gluten, known as Seitan (pronounced like Satan, LOL).

The problem is that in gluten-sensitive folks like gluten causes the lining of our small intestine to become inflamed and damaged, making it harder for our bodies to absorb nutrients. For example, before I went gluten free, I had a low vitamin B12 level. In other folks, it causes everything from IBS to bloating, to diarrhea, to abdominal pain.

Everyone thinks oats, corn, rice, and quinoa are gluten-free. And technically, they are. BUT, the proteins in oats, corn, rice are very similar to gluten and can cause the same damage as wheat.

And it only takes, literally, tiny amounts of gluten to cause problems in some people.

How do you know if gluten causes you a problem?
If you have celiac disease, you know instantly in ways that I won’t describe here. If you’re like me, you have digestive issues you can’t explain. You’ll need genetic testing to be sure.

Here’s another problem, in addition to the cross-contamination problem I mentioned above, gluten is hidden in so many foods that it’ll make your head spin.

As you can see, removing gluten from your diet is almost impossible when you eat packaged foods. Sorry. It sucks, but this is true.

So what can you do?

Here are my tricks…

(Don’t worry, you still get to eat great food.)

The last bit of good news…

Gluten-free eating is getting easier and easier every day. There are lots of great certified gluten-free products, including bread (from companies like JulianBakery.com), desserts, and more.

So again, if you eat wheat and are tired, bloated, or overweight, you can’t ignore the benefits of dropping gluten, wheat, and the other offenders from your diet.

Posted in Alternative Health, Fitness, Health, Nutrition
This error message is only visible to WordPress admins