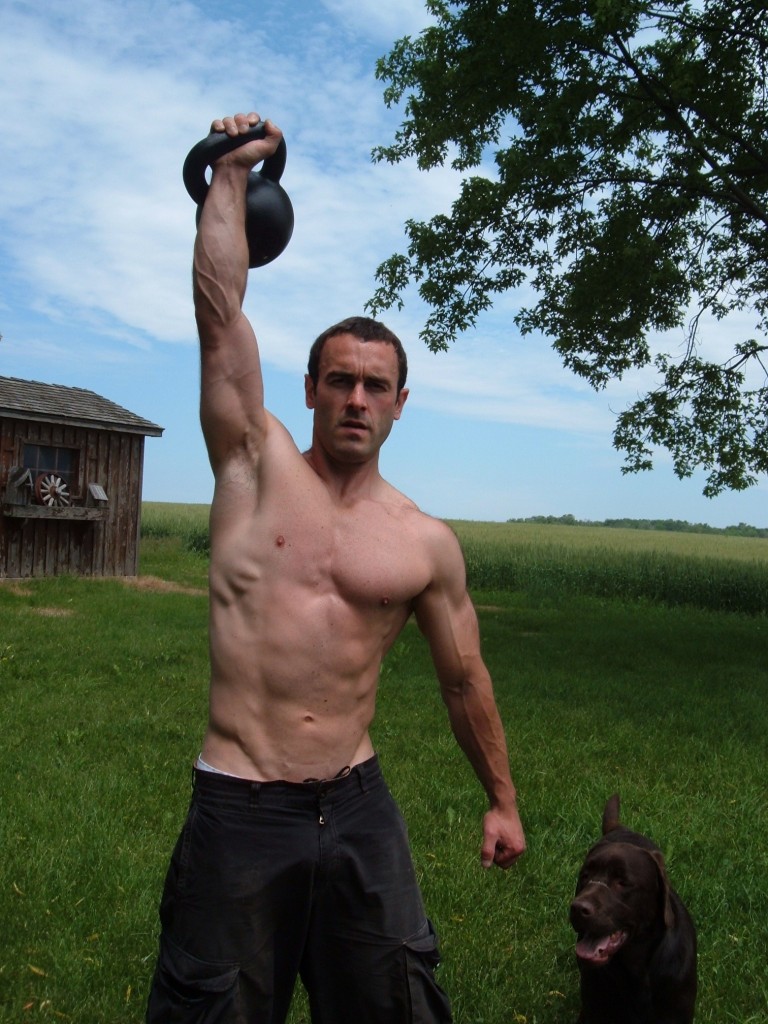 The #1 reason that my clients curse me under their breath is because of the unique Metabolic Resistance Training exercise combinations and challenges that are delivered in their fun, fat burning Turbulence Training workouts.

I hear it all the time. “I cursed you today, Ballantyne!”

And so I reached out to Certified Turbulence Trainers Shawna Kaminski, Mikey “I hate Craig but Love Pancakes” Whitfield, Brian Kalakay, and Dani Woodrum for help in coming up with this list of the 101 Reasons to Hate Craig Ballantyne.

The list rocks…but the 101 Reasons & Reps to Hate Craig Ballantyne Workout is even better. Read through the list and watch the video below for a challenge unlike anything you’ve ever done before.

The 101 Reasons to Hate Craig Ballantyne!

1. Craig gets more done before brushing his teeth in the morning than I do all day. I’m convinced he is a robot.

2. Thanks to hearing about Craig’s nutrition weakness and trying these lil’ suckers out, I now have a new addiction to dark chocolate-coated almonds.

3. I thought I got up early at 4:30 and was feeling good about myself… then I get a newsletter from Craig that says, “I’m writing with headphones on and it’s 4:15”. Whatever.

5. If I waste a second of my day, I think the CB gods are going to punish me.

6. He’s able to stick to a rigid schedule like a machine.

7. He takes such good care of his ol’ pooch that Bally the Dog eats better than I do.

8. His dog has a better life than me.

10. Craig has his own BobbleHead doll!

11. His little “Diet Depletion” only makes me feel worse about myself. I eat a gluten-free cookie thinking I’m doing well, and he eats an apple for dessert. Really, Craig?

12. Diet depletion. Is there anything left to eat on planet earth?

13. He’s got an iron will where his diet is concerned.

14. He eats and drinks so darn healthy.

15. I’m thrilled to write 2 articles in a day, only to find out later that Craig wrote 2 articles before 5am.

16. I think I’m having a productive day and then I see he has written 4 articles, worked out and took his dog for a walk… and it’s 10 am. #Defeated

17. Bulgarian Split Squats (AKA “The Devil) are bad enough, until Craig decides, “Hey lets add a 2 second pause at the bottom”. Really nice of you Craig!

19. Every other week, it seems he’s traveling to yet another exciting destination. He even made Cleveland sound like fun!

20. He’s a world traveler without a care in the world, it seems!

23. He always comes up with these new exercises – with cool names – and punishing results.

24. He’s so frugal with his money…makes me feel guilty every time I’m in LuluLemon.

25. He puts more products out in a week than most people do in a lifetime.

26. He has arguably one of the most infamous pictures in the fitness industry, and it was taken with a cheap camera!

28. He’s a man of many identities…every time a see a picture of him he looks like a completely different person.

29. He has a free dog sitter anytime he travels.

30. He’s friends with some of the coolest dudes and gals in the fitness industry.

31. Craig is one of the most successful persons I’ve ever met, yet he’s so humble you’d never know.

32. He has his own certification.

33. He always comes up with the coolest and inspirational quotes.

36. He rocks the minimalist lifestyle and makes it look easy.

38. He can rock a t-shirt and baggy jeans and spends no time worrying about fashion.

39. He’s able to stick to a rigid schedule like a machine.

40. He makes my back burn so bad with his Meathead workouts that it hurts to lift my arms up.

41. He makes my shoulders burn so bad with his MRT programs, I can barely wash my hair at night.

42. After doing his ab workouts I cannot keep the ladies away from my stomach area…when you already have a girlfriend this is a problem.

44. He wakes up waaaaay too early every day.

45. Craig always talks about getting up at 4am every day, likes it’s no problem…

46. He makes me feel guilty for sleeping in until 5:30am, even on the weekends.

47. After a TT leg workout he made, I couldn’t sit on the toilet without yelping in pain.

49. I almost threw up after doing his TT Metabolic Monster Workout.

50. He makes me feel out of shape even though I am in shape.

51. He knows too much science behind everything

52. He is Canadian and doesn’t live and breathe hockey

53. His biceps look better than mine and I am over 10 years younger than him

54. His exercise form is the best on EVERYTHING

55. Perform a bird dog in front of him. He’ll crucify your form.

57. He always has a damn plan for everything.

62. I take him seriously until he says “Aboot” instead of “About”. I can’t concentrate on the rest of the sentence. He throws me off with that made up word.

63. His workout “gauntlets” have made me speak Italian… and I don’t even know Italian!

65. I feel like I’m dancing when I perform his “Star Shuffles”, but yet, my heart pounds when I’m 15 seconds into this weird move.

66. He actually makes an effort to eat broccoli every day. Seriously – who does that?

68. 5 rounds of 5 on his bodyweight cardio program – made me speak in tongues

69. The “Punisher” exercise. What’s wrong with you, Ballantyne?

70. He plugs in burpees right where you think, “It would be horrid if burpees were after this exercise and before this exercise”. Well played CB, very well played.

71. On the rare occasion I do drink a diet soda, I feel like a miniature Craig is on my shoulder saying, “What’s this abooot?”

72. Why are you standing in your backyard holding a kettlebell above your head… with your dog sitting in front of you like, “Why am I in this shot? It doesn’t make any sense. I could be swimming right now.” And your face… are you concentrating on figuring out why you decided to hold a kettlebell above your head in your backyard with your dog in front of you and have a photo taken?

76. He can make you think he doesn’t like you, but inside he really does.

79. He has the coolest accent.

80. He can wear Jordan shorts and somehow make it look good.

81. He’s not too short and not too tall, so he always looks just right in photos with other trainers and clients.

83. He has hundreds of thousands of readers that can’t get enough of his articles and videos.

84. He’s older than me and can still out-train guys younger than me!

85. He has a chocolate dog that is a bigger worldwide star than most trainers.

86. He can sit at a table where everyone is eating dessert and not even have a bite.

87. He runs one of the biggest transformation contests in the world and gives away a ton of his money – three times a year!

88. He has the coolest assistants in the world, Amy, that gets more done than anyone else on the planet – except Craig.

90. He always starts everything on time.

91. He doesn’t waste time on words, who needs to say ‘hello’ anyways?

92. He churns out workout programs effortlessly.

93. He’s got a super dog that can do work for him (write and send emails). I need one of these.

94. Now I fall asleep at 9pm like an old person

95. He makes productivity look so simple!

97. He always has his crazy dog up to some scheme and world domination.

98. I procrastinate and spend half the morning reading his emails.

99. The crazy rep scheme for the Bulgarian split squats – ouch.

101. I hear his voice everywhere I go, and anytime I slack off, I can hear CB’s voice in my head saying “Keep on pushing and never, ever give up on what is important to you“.

And now the workout you’ve been waiting for…

The 101 Reasons & Reps to Hate Craig Ballantyne. Enjoy my suffering!

Let me know your time in this challenge,