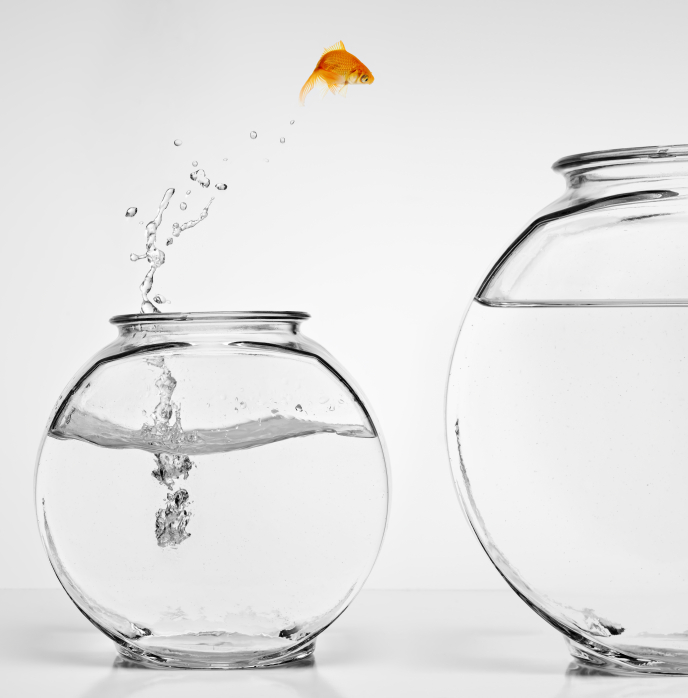 There’s something known as the “whoosh” effect in fat loss. My friend Alwyn Cosgrove was the first to share this concept with me. Here’s how it works. A fat loss client might find that they’ve gone weeks without any progress at all on the scale, and then suddenly, whoooosh, they’ll drop five pounds in a week. But this phenomenon of “spurts of progress” isn’t exclusive to weight loss. It’s something we experience in all areas of life.

I’ve had many friends and coaching clients who have experienced a whoosh effect when building their online businesses. You might also call it, “an overnight success”. My colleagues in the fat loss information marketing world, Mike G. and Rob P. both spent night after night toiling until 3am trying to crack the Google Ad Words code back in 2006.

They suffered through many nights of frustration, and then almost suddenly, whoooosh. The clicks started turning into sales. You’ll hear similar stories over and over again from almost all success stories. In the August 2012 Financial Independence interview, you’ll hear first hand from ETR Mastermind Member Shaun Hadsell about the whoosh success phenomenon he’s recently experienced.

The truth about progress and success is that they both come in spurts.

Life – and business – are never smooth-sailing journeys. There are tough times, as Seth Godin explains in his book, “The Dip”, that you’ll have to work through. And in my opinion, it’s often only your passion and your vision that will get you through them. That’s why I believe it’s so important for you to build a business based on something you are passionate about – whether it’s a product or a process. If you don’t enjoy what you are doing, you’re more likely to quit when you hit the dreaded dips.

Progress also comes in spurts in our personal lives as well. Many a young man has gone desperate and dateless for weeks, and then suddenly, seemingly without changing a thing, he’ll get on a hot streak where the girls are literally chasing him down. Ahem, or at least that’s how I remember it. Your mileage may vary.

Personal projects, particularly when dealing with other people wax and wane with their progress as well. Back on the farm, my mother’s new house is finally coming along. After a couple months of no progress – due to what the contractor claimed to be a hold-up from the city’s building inspector (who was still nursing a grudge against my long-departed father, believe it or not) – the house is finally starting to take shape. The foundation has been set and the concrete has been poured.

And if you know anything about building, once a foundation is in, the rest of the house goes up pretty darned fast. Next week I’ll be visiting again and I expect big spurts of progress to have been made…

But spurts of progress aren’t limited to the big picture. This goes for work on daily tasks as well, particularly when it comes to writing and creativity. So if you’re struggling with what you might call “writer’s block”, here’s some strange advice – take a break. Go and “dither” about. Take the dog for a walk. Go sit under an apple tree. Here’s why…

From a recent issue of The Economist comes the argument that dithering can help creativity. According to the column, “Ernest Hemingway told a fan who asked him how to write a novel that the first thing to do was to clean the fridge.”

The magazine also reports on research from San Diego University found that slowing down also makes us more ethical, and that people are five times more likely to do the right thing if they have time to think about it than if they are forced to make a snap decision.

Overnight success is wonderful in theory, but in reality, success rarely occurs so quickly. Sometimes our ideas are ahead of the market. Apple was not the first to think of the tablet computer, although many other companies had lost substantial amounts of money trying to bring the idea to market before its time.

Frank Partnoy, one of the researchers from San Diego University disputes the idea that all blocks of time in your daily schedule are of equal worth. As you’ll know from my magic time argument, I believe some of your hours are worth three times – or more – as other hours. There are times of the day when you are more creativity, and times when you are best off doing menial tasks. The key, of course, is to recognize this, and work in spurts.

As The Economist’s column concludes, “Brain workers dither for ages but then are struck by a flash of insight or a burst of creativity.”

So go ahead. Yes, the Titan of Time Management, Craig Ballantyne, gives you permission to dither. After all, my best ideas come to me during dog walks, workouts, and showers, not when I’m chained to my desk chair implementing all of these good ideas.

In fact, old Bally the Dog and I just returned from a sweaty (and panting) mid-afternoon walk to the lush, green oasis that I call Bally’s Gulch where I had several breakthroughs.

Each day around 3pm I grab some reading material and we walk down a big hill and sit in the shade of an old maple tree. He sniffs at phantom smells in the air while I dither. Today, I read through an immensely inspiring profile of Peter Diamandis from Wired magazine. Magically, this article helped me piece together an ETR essay I’ve been working on for over a week. It’s as if the dithering was meant to be.

So no matter how busy you are, and how focused on progress you have been, it pays to put a little dithering into your days. You have my permission. Your progress will come…whoosh-like, in spurts. I promise.

[Ed. Note. Craig Ballantyne is the author of Financial Independence Monthly, a complete blueprint to helping you take control of your financial future with a web-based business that you can operate from anywhere in the world – including a coffee shop, your kitchen table, or anywhere around the world where there is Internet access. Discover how you can achieve the American Dream and your financial independence here. You’ve never seen anything like this before.]
Posted in Health, Internet Business, Motivation, Self-Improvement, Wealth, Weight Loss
This error message is only visible to WordPress admins