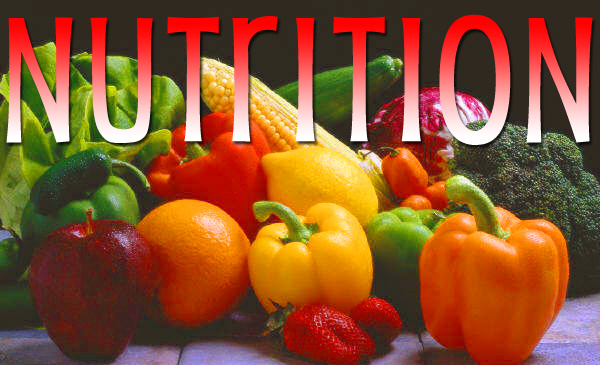 Last day in part 2 of my interview with Scott Colby, I talked about what to do if you’re trying to lose fat, but love carbs.  If that sounds like you, then you’ll definitely want to go back and read up on that.

Today we discuss another familiar question – you eat well, workout regularly, but can’t seem to lose the belly fat.  So what should you do?  Let’s find out…

Scott Colby: Let’s see – our next question, Richard Steele out in Hollister, California.  He says, “I work out three times a week and am active the rest of the week.  I eat as clean as possible, but cannot get rid of the last of my belly pouch. I’m 62 and hover around 8 percent body fat” – that’s awesome, congratulations!  “8 percent body fat at 185 pounds.  I used to weight 250 pounds.

“Maybe I don’t eat enough to free the need to hoard fat for energy.” So basically, he’s 62, he’s lost a lot of weight, 8 percent body fat, and trying to get rid of the last of his fat in his stomach.

Craig Ballantyne: Well, 8 percent’s kind of hard to believe if you do have remaining body fat, because in pictures of me where I’m kind of – you know on my blog at ttfatloss.com or on my website, my famous kind of ab shot, I don’t even think I’m 8 percent body fat in that shot.

So there may be some error in the measurement, which I’m not making any friends here with this answer.  But I just don’t believe that you can be 8 percent body fat and have belly fat that is visible, because 8 percent body fat, that’s what the guys on the cover of Men’s Health magazine are.

So there may be some error in measurement, but then we take into account the fact that you have lost body fat in the past, it may be excess skin.  And that excess skin is going to be difficult to remove at age 62, because that’s when our skin elasticity starts to lose its ability to just kind of rebound.

So really we go back to the same thing that I said to our first guy, George.  We take a look at the NUTRITION.  Is it really as good as we say it is? Do all those things that we talked about.  And then increase the intensity of the exercise.  And that’s really the only two things that are really gonna work here.

How much protein should I consume?

So if you’re 150 pounds and you wanna be 140 pounds, then that’s how many grams of protein you should have is 140 grams.

And then your DAILY CALORIE INTAKE should be this:

It’s going to be – your daily calories are going to be your ideal body weight multiplied by the number of hours you exercise plus 9.5.

And then from there, we get 180 grams of protein, and then the number of FAT GRAMS we’re gonna want is half of our ideal body weight in grams.

So our ideal body weight is 180 pounds, so fat intake per day is gonna be 90 grams.  Then CARBOHYDRATES is simply gonna be the same as protein, so it’s gonna be 180 grams as well.

So that would be – and I’m getting this equation from Men’s Health magazine, from a guy named Alan Aragon, who I think is a really, really smart nutritionist.  Common sense – lots of common sense there.  And so if you’re exercising 3 hours per week and you wanna be 180 pounds, which would help our gentleman here lose some body fat and belly fat, then 2250 calories per day is maybe what he wants.

Write down everything that you’re eating.  Figure out how many calories that is.

If you’re NOT losing belly fat on that, then chances are you have to decrease that amount and increase the quality of your food. So the very first thing that you do is:

However, if he writes and is concerned that he’s not eating enough, it’s tough to say without knowing the actual numbers here.  And then there’s two actual numbers.

And you’re just kind of putting your hands in all types of things – a cookie here, a handful of chips there, whatever.  That’s MINDLESS EATING.  It can add up to a lot of calories in a lot of people, and that’s the type of thing that we have to put routines into our life.

Such as instead of going home and doing that, the first thing I do when I go home while I’m preparing dinner is I cut up lots of broccoli, peppers, mini-carrots, and prepare hummus, and that’s what I snack on.  So even if I filled myself up on that, I’d probably only eat 200-250 calories, versus if I had one cookie and a handful of chips, I might have 250 calories and no dent in my hunger was even made.

So that’s the kind of stuff we have to watch out for is the mindless eating.

And then we put those routines in there to make sure that we are not doing that type of stuff.  And then we also figure out from that calorie and food journal are the portion sizes that we’re eating, were they twice as much than what we thought?  And therefore we’re eating an extra 300 calories at breakfast, an extra 150 calories at lunch, an extra 250 calories at dinner.  And if we cut those portions back, then we start getting results.

So there’s a lot of factors.  I mean really every single one of these questions needs to be answered in an entire one-hour sit-down consultation.

Scott Colby: You got that much time, Craig?

Craig Ballantyne: Well, you know there’s so many factors in here.  I’m trying to be pretty straightforward about it and trying to cover every single angle from which we can attack this.  But I think that he’s certainly living a great lifestyle, and he deserves better results than what he’s getting if he’s struggling with that.  So hopefully those are some alternatives that will come through for him.

Scott Colby: Yeah.  All good advice, Craig.  And I’ll send out a link to your blog where people can get that equation that you were determining the calories and the fat grams.

Scott Colby: And we’ve covered weight training and such, and I’ll just recommend maybe he could take a look at his workouts just to make sure he’s changing it up.

A lot of people do the same routine for months, and that may be one thing he needs to do is increase the weight or change the routine of the workout.  And then just something simple, like when I went through a pretty good transformation, one of the big things – and we’ve talked about it – I just cut out cereals and most breads and that made a big difference in my belly fat.

Again, it was stuff I thought was healthy for me that it turned out had too many ingredients that were holding me back in my results.  So just maybe some simple tweaks, but you gave some great suggestions.

Let’s jump to the next question regarding low calorie diets for fat loss.