Part 2 of my interview with Jason Ferruggia, he gave an update on his client Shawn’s progress and some of the unique ways he trains him.

Today we’re going to hear how Jason was able to get Shawn lean by making some changes to his diet.  Check it out!

Craig Ballantyne: Very cool. Let’s go back to Shawn’s diet. What did Shawn change? Was it just he stopped cheating randomly during the week or did he cut out sugar?  What kind of changes was he making?

Jason Ferruggia: First of all, he completely stopped drinking, not that he drank a lot, but he’s a single guy living in New York City, so he goes out a couple nights a week. He cut that out completely, so he probably cut out two nights of drinking and then he definitely cut out all junk food and any kind of cheats.

His ONLY carbs were predominantly fruits and vegetables and then he would have some oats in the morning, some sweet potatoes and brown rice. Those were his only carbs, so he cut out any kind of white breads or white flour, sugar and anything like that. 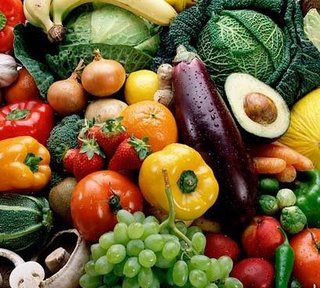 Then we did some calorie and carb cycling…

Saturday was his day to come out to Renegade (he lives in the city so he only gets out to Renegade on a Saturday).  This was his hardest day. It was his squat and dead lift day. He would push the prowler 20 times and do some stuff. After that was his high carb day.  At the beginning he was doing close to 500 grams of carbs that day and we slowly brought it down over the last 10 weeks.

Then he would have Sunday’s, where he wasn’t training at all.  He would have no starchy carbs, only fruits and vegetables.

On his other two lifting days, when he was training in the city, he would have a moderate amount of carbs.  I think he was probably somewhere around 250 grams at that point and we slowly brought those down as well.

He was going for his PR on his squat this Saturday and he was looking a little bit flat and a little small, so we tried something new. I had him jack up his carbs last Saturday and Sunday for two days in a row to 500 each day and I had him crank his sodium up too.  He just ate a ton of pickles.  Just from the sodium and the carbs, he gained a lot of weight.  On Monday, he was up about five or six pounds.  A day later he had actually lost a pound and was leaner, but looked fuller and more vascular.

So, we knew that worked.

I just wanted to play with that for when he does his pictures. What I had him do the rest of the week (Monday, Tuesday, Wednesday, and Thursday) was to go low carb again.  Then Friday, I had him do another 500 grams of carbs and eat a bunch of pickles just to get his sodium up and just so he had a full bloat on for the workout on Saturday.  This obviously helped, because he felt great and like I said, he hit that new PR.

So, before the pictures we’ll do something like that again where we’ll play with his water and his sodium and his carbs leading up to the final photo shoot.

In part 4 of my interview, Jason shares his own nutrition tips on how he stays lean and how it has helped his post workout recovery.