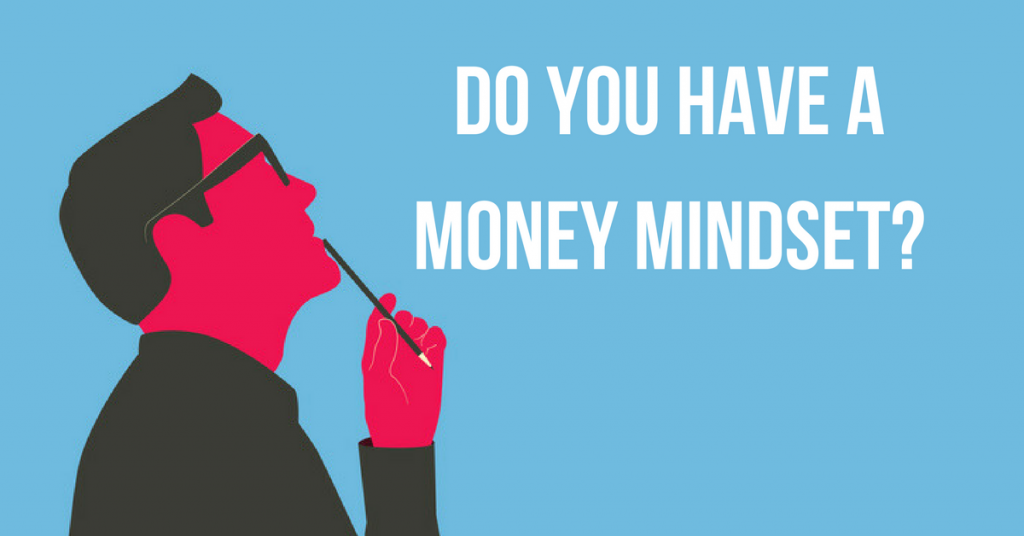 A man observes evergreens growing along the roadside and thinks the trees look pretty, covered with snow. Another man sees the same trees and thinks, “These trees would look good in people’s living rooms at Christmas. I wonder what they would pay for them?”

The first man has an ordinary mind. The second, the mind of a natural-born moneymaker.

In The Prime Movers, Edwin A. Locke provides some interesting insights into the way moneymakers think:

I have a friend, an émigré from Manchester England, who has this kind of moneymaking mind. I have known him for more than twenty years. During that time he has started at least a dozen successful companies. Every company he forms, it seems, becomes successful very quickly. He has become a wealthy man and enjoys a wealthy man’s lifestyle, but his interest in making money has never waned.

In that respect, he is very different from me. I became wealthy by making plans and working my ass off. And once I made more than I needed I stopped paying attention to it.

He made his money effortlessly. Or so it always seemed. And he continues to make money because he really enjoys the process.

SUGGESTED: The First Step to Truly Getting Rich

He makes money not just by starting successful businesses and investing in real estate (my primary vehicles) but by buying and selling exotic cars, boats, antiques and expensive watches. Every time I see him he is driving a new car. One month it’s a Bentley. The next month it’s a Ferrari. He buys slightly used cars and enjoys them and then turns them over for a profit. He has become an expert in barter and countertrade. He never pays full price for anything. He knows how to get the best price for everything. And he loves the game.

Bernard may not have my net worth, but he’s got more than enough for the rest of his life and he seems to enjoy making money much more than I do.

I admire that about him. I like talking to him about all his recent deals. His excitement gets me excited. It also embarrasses me when I discover that he pays a fraction of what I pay for just about everything.

What if you don’t have the Mind?

I have another friend, Jeff, who used to be my partner. He was making $400,000 a year when he suddenly sold his business and retired. Today he makes a living teaching Tai Chi. His income is modest, but he lives in a beautiful house, belongs to a private yacht club and takes vacations every two months.

Jeff’s secret is that he knows how to buy the best of everything for pennies on the dollar. I am always amazed at how he and his wife can meet us in Chicago, Nicaragua or China, stay at fine hotels and do everything we do but on a budget.

I’m convinced that Jeff and Bernard both have very special minds. Like Edison, Jobs and Ford, they think differently than I do.

Raw intelligence is not the issue. These guys are smart but don’t think they are any smarter than I am. And anyway, if it were a matter of intelligence, Einstein and a slew of other geniuses would have been wealthy men.

I call what Bernard and Jeff have the multimillionaire’s mindset. I’ve also called it the Rich Mind.

This is the first of several essays I’ll be writing on this point: how to think like a multimillionaire.

And here’s the goal: to discover exactly how they do what they do by figuring out how they think. If you study this and subsequent essays seriously – and implement the suggestions I’ll be making – you may be able to “upgrade” your brain to one that will allow you to have the kind of life they enjoy.

I’m not doing this for you. I’m doing it for myself. I’ve mastered one part of the equation: making money through entrepreneurship. But the other part – enjoying a multimillionaire’s lifestyle on a limited budget – has so far eluded me.

To get started, here are some observations I’ve made from studying my two friends and from reading about great wealth builders like Jobs and Edison and Ford.

1. A “normal” person is concerned with protecting his ego. When dealing with a problem he doesn’t really understand, he pretends he understands the contributing factors and doesn’t try to find out what anyone else thinks. A person with a multimillionaire mind asks questions incessantly. He has no ego when it comes to learning. He knows that knowledge is power.

3. A “normal” person is wish-focused. He daydreams about making gobs of money. A person with a multimillionaire mind is reality-based. He is always analyzing his own success and the success of others and wondering how he could learn from it.

4. A “normal” person, when confronted with a challenging idea, thinks of all the reasons why it might not work. A person with a multimillionaire mind sees the potential in it and disregards the problems until he has a clear vision of how it might succeed.

5. A “normal” person resists change. A person with a multimillionaire mind embraces it.

6. A “normal” person accepts the status quo. A person with a multimillionaire mind is always looking to make things – even good things – better.

7. A “normal” person reacts. A person with a multimillionaire mind is proactive.

8. A “normal” person looks at a successful business owner and thinks, “That guy’s lucky.” Or “That guy’s a shyster.” A person with a multimillionaire mind thinks, “What’s his secret?” And, “How can I do that?”

Most importantly, a person with a multimillionaire’s mind likes living like a multimillionaire. He doesn’t shortchange himself when it comes to comfort and luxury. Rather than believing always that pain leads to gain, he thinks, “If I’m smart I can have my cake and eat it too.