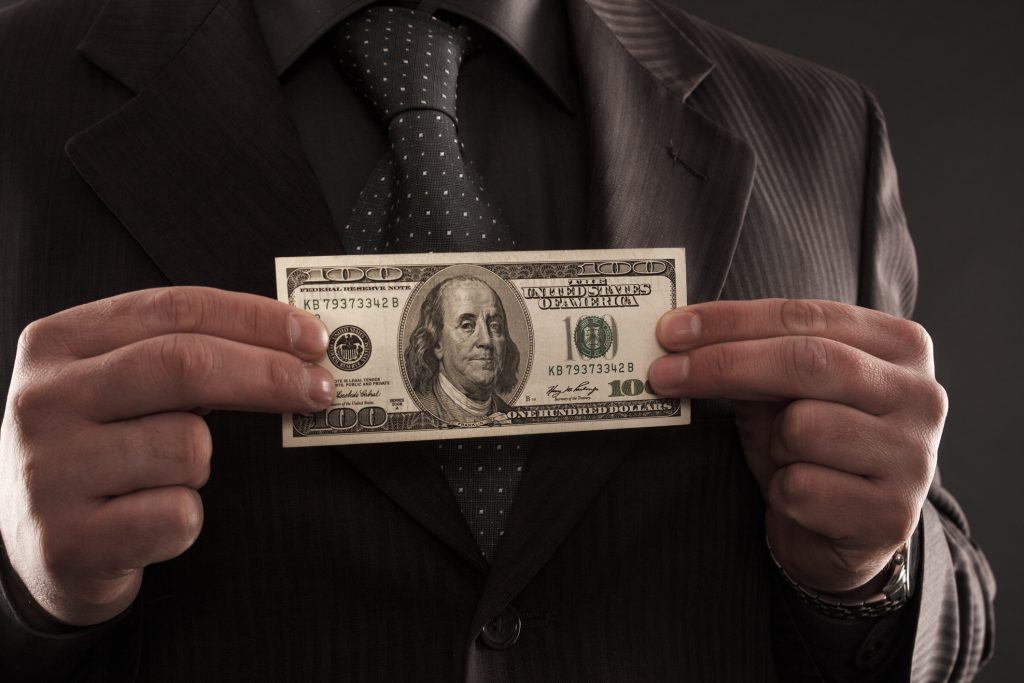 Thirty years ago, I made “getting rich” my No. 1 goal.

I got the idea from Dale Carnegie’s advice in his book How to Win Friends and Influence People. He said that most people fail to achieve their dreams because they don’t set goals. But he also noted that some people fail because they have too many goals.

The latter was my problem at the time. I wanted to be a published writer, a teacher, a philosopher, a martial artist, and a world traveler. And ever since I was a kid, I had wanted to be rich. Carnegie’s advice was to narrow my objectives down to three, and then two, and then one. And make that my top priority.

It was a challenge to go through the process. But when I set that priority, everything changed. Not the world around me, of course, but the landscape of my mind. I now viewed every decision through a new lens, constantly asking the question, “Will doing this — or not doing this — make me richer?”

Making this mental shift had several immediate and positive effects…

The pride I had once taken in industry editorial awards now seemed like arrogant vanity. My natural inclination to challenge every role was modified by the pragmatic consideration of whether the role actually made financial sense.

And my loyalty to our company’s employees was superseded by a respect for and loyalty to the company’s customers. I now understood that making our customers happy would help the company become more profitable. And that, in turn, would help me get rich.

I had been spending about four hours per day working with our writers to improve their style and fix their grammar and punctuation. I now realized that stylistic and grammatical improvements would not make the company more money.

So I began focusing on other aspects of the business, like how we could use our editorial copy to support our marketing efforts… and how our marketing could be improved with big, exciting editorial ideas that would appeal to our readers.

I was in the habit of showing up 15 minutes late and leaving 15 minutes early. After the change in my mindset, I began working about 65 hours per week, beginning each workday at 9 a.m., working until about 8 p.m., and working at least half a day on Saturday and Sunday.

4.    It changed the way I viewed my working relationships.

Talented employees who did ordinary work began to irritate me. (Why couldn’t they work harder and be more useful to the business?) And my feelings toward the company’s owner morphed from repressed resentment (as a working-class kid, I disliked and distrusted all “rich” people) to cautious admiration (he had, after all, accomplished that which was now my life’s goal).

With “getting rich” as my top priority, almost every decision I made became clear and easy. The same will be true for you. All you have to do is ask yourself a simple question: “Will this make me richer or poorer?”

I’m not just talking about the obvious wealth-building decisions. This works for most of the little decisions we all face every day.

Let’s say your favorite leisure activities are golf and tennis. You can afford to join one club. Which should you choose?

You might tell yourself that it makes no difference. But if you have your priorities in order, you will know that you can’t afford to play golf regularly because golf takes too much time. On average, it takes twice as much time as tennis.

In the short run, this may seem insignificant — a difference of three or four hours per week. But over a year, that difference amounts to 150–200 hours. Hours that could be spent becoming your company’s best employee or starting a side business.

Every day, you make hundreds of small decisions that either add to or subtract from your eventual wealth. Most people, most of the time, never stop to notice. But if you do notice and make the right decisions, you can greatly accelerate your journey to wealth.

It begins by making “getting rich” your top priority.

Posted in Articles, Wealth
This error message is only visible to WordPress admins