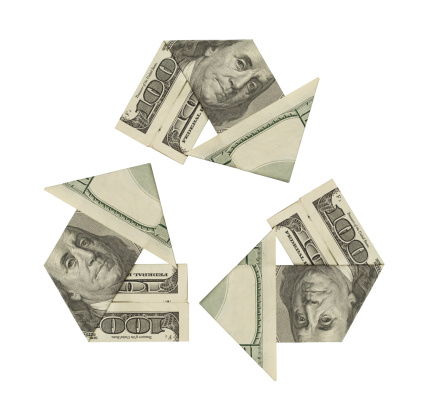 Is it possible to begin with nothing and acquire wealth in America? Is it still possible today?

I’ve been studying that question for almost 20 years. And the answer is unequivocal: It is. It is still possible for ordinary, unconnected, wage-earning Americans to become wealthy. And I believe it can be done in seven years or less.

Consider this: According to the Boston Consulting Group, there were 17 million millionaires in 2014, up from 15 million in 2013. Fortune predicts that 1,700 people will become millionaires each day into the 2020s.

Further, most millionaires are self-made and own their own businesses. And 80% of them continue to work, generating streams of income, even though they don’t have to.

This validates what experience tells me: that if you are willing to put in the time and follow about a half dozen proven principles of wealth-building, you can become wealthy in a relatively short amount of time-even if you are broke or in debt right now.

I often say that there are basically three ways to get rich:

How to Get Rich Slowly
The Millionaire Next Door, a best-selling book from 1996, surprised the reading public by revealing that the typical American millionaire doesn’t acquire his wealth by starting a successful business or becoming a doctor or inventing something. The greatest number of Americans, the data indicate, acquire their fortunes by scrimping and saving.

Just about anyone can get rich this way. You simply put a reasonable percentage of your income into a very ordinary investment program for 30 or 40 years and, voila! You are rich!

This is due to the “miracle” of compound interest, but it is not in any serious way miraculous. It is a certainty based on long-proven historical averages and simple math.

But there is a hitch. You have to start relatively young.

Getting rich this way doesn’t require guts or brains. All you need is a commitment to work hard to make enough money to save every month… and the discipline to keep socking it away.

I recommend this method to anyone who is young enough to take advantage of time. It is the primary wealth-acquisition program that I recommend to college graduates in one of my books, Automatic Wealth.

How to Get Rich Quickly
Acquiring wealth by scrimping and saving is a sure thing, but it does take a long, long time.

And even if we have the time, most of us don’t have the patience for it. All other things being equal, we’d like our wealth served to us on a silver platter… by tomorrow morning.

Getting rich quickly — the ultimate financial aphrodisiac. Is it possible?

The answer: yes, but only if you are very, very lucky.

We read and hear about it all the time. A chicken farmer in Idaho discovers a Rembrandt in his barn. A barber in New Jersey hits the state lotto. Your cousin’s best friend’s uncle hit the jackpot in a Las Vegas casino.

And the one I like best-your taxi driver’s last fare made a million bucks last month by investing $5,000 in a pink sheet stock, and he has the name of the company!

Those are the stories. Here are the facts:

These are long, long odds. And although I have no objection to gambling as a form of entertainment, I don’t gamble because I know there are many other ways of entertaining myself that are less addictive and less costly.

How to Get Rich Surely (And how I made a million on the lottery)
The strategy I recommend is faster and more fun than scrimping and saving and much, much more likely to work than any sort of get-rich-quick scheme.

I’d like to illustrate my strategy by telling you about my own experience with state lotteries. It so happens that I did once make more than a million dollars on the lottery, but I didn’t do it by buying a single ticket.

Here’s the story: In the 1980s, I was a junior partner in a publishing company that put out all sorts of magazines, books, and newsletters. One year, my partner had an idea. We would publish a magazine on state lotteries. We called it, I think, “Lottery!” It featured stories of lottery winners and essays by crazy professors with theories about how to reduce the odds.

It didn’t happen overnight. It took several years and thousands of man-hours to make it work. It was the result of a good idea, lots of specific (in this case, publishing) experience, and lots of hard work. And perhaps a touch of luck.

This is how you get rich surely. You work hard and smart to earn good money, and you put a large percentage of that money aside to build a business, acquire property, and invest in smart and safe opportunities when they arrive.

You don’t sit around dreaming and throw what little money you have at some irresistible idea.

This is the way the great industrialists made their fortunes 100-plus years ago in America. And it is the way most entrepreneurs and some professionals make their money today. (It is also the way bankers and brokers and insurance agents used to make their money, too, before they were able to collude with the government and go into the business of getting rich by taking advantage of their customers.)

At the Wealth Builders Club, we don’t believe in gambling. We do believe in scrimping and saving, but only for the young. For the rest of us, our path is getting rich surely the old-fashioned way: by working harder than your peers, by saving more than your peers, and by investing that extra savings in businesses, real property, and safe investments… and sticking to it.

We’ve taught others how to do it. We know it works-even today.

There are just two hitches to getting rich surely:

How many years does it take to get rich by earning and investing?

Short answer: one to seven years — probably closer to seven.

When I sat down to write Seven Years to Seven Figures (which I’m giving away for free to new Club members), I wanted to figure out why, out of the many people who attempt to get rich by earning and investing, only a percentage succeed.

So I interviewed eight people who had developed multimillion-dollar wealth in one to seven years. I asked them exactly what they did. I looked for similarities.

Ultimately, I was searching for a common denominator.
As it turned out, I came up with three things that they had in common.

These are the only three things you need to know to get rich in seven years or fewer. You can do it on your own, without any help. Certainly without me telling you what to do.