One of the most valuable skills in the world is the ability to turn words into money.

By Sean Goldsmith and Craig Ballantyne

For example, the real estate agent that can create an intriguing listing, attract prospects to an open house, and describe the home in the most appealing manner will make the most sales, earn a higher income, and have a greater chance of retiring rich.

Salesmanship is persuasion through words.

In the publishing world, we call this copywriting, or “salesmanship in print.”

It’s one of the greatest skills a writer can possess.

Now let’s be clear about something. What I’m about to say might make you squirm, but it’s the pure, unadulterated truth, and once you accept it, you can use your words to move the masses (like Martin Luther King, Jr. and JFK did in their legendary speeches) or to make mountains of money (like legendary copywriters).

That’s right, JFK and MLK both used words to persuade others to act. Their speeches were copywriting, although they didn’t end with a call to pull out a wallet for a credit card number, they still ended with a powerful call to action (CTA).

In copywriting, you’re appealing to fear, greed, hope, love – all the human emotions.

And these don’t change. They’ve stayed the same throughout history. These emotions were the same ones evoked by Caesar and Cleopatra, JFK, MLK, and you, today.

The right appeal is 80% of a successful message and whom you say it to.

You don’t need long, fancy words. In fact, that can even harm you. But nothing harms you more than appealing to the wrong audience.

After all, the best writing in the world isn’t going to sell pantyhose to a long-haul truck driver. (Well, at least not most of them.)

The right appeal and the right headline (one and the same) are the hardest things to produce.

Here’s another important fact to remember when you are writing copy.

You can only take existing desires and channel them to the product you’re selling.

Here’s an example of what that means…

In the 1970’s a strange phenomenon sprung up. If you’re of a certain age, you might remember it. I’m talking about “The Pet Rock.” Today, you couldn’t sell the pet rock. There’s no desire for it. You could run the same sales letter that worked forty years ago and you’d fall flat on your face. 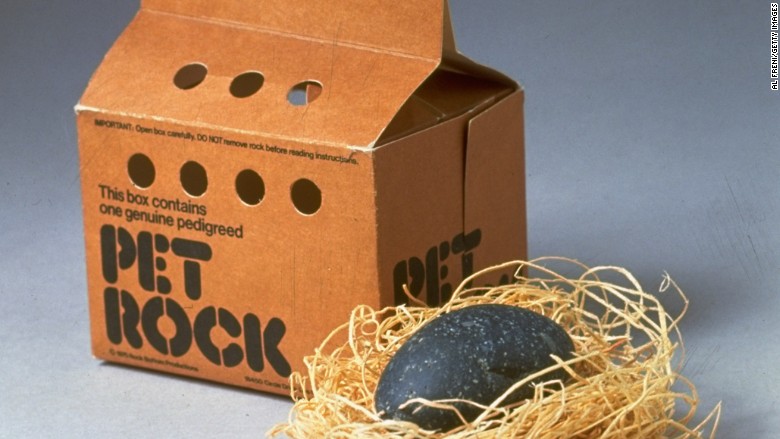 But in the 70’s, Gary Dahl was able to tap into the nation’s Zeitgeist to sell a fad product for a short period. At the time, many American’s were complaining about all of the care their pets required. That’s when Gary had the wild idea to sell a pet rock and funny manual that accompanied it called, “The Care and Feeding of Your Pet Rock”.

The Pet Rock craze lasted only a few months (and was born right around the same time as your faithful editor, Craig Ballantyne!). It peaked during the Christmas season of 1975, and eventually ended when the appeal faded. It cost $3.95 by mail order, and reports suggest he sold 1.5 million rocks during that time.

But again, today, there’s no appeal, and you’d have better luck squeezing money from a stone than selling it as a pet.(Kids today have moved on to finer things, of course, like fidget spinners and pet goats.)

Dahl’s fad shows you the power of copywriting and tapping into the right market with the right appeal.

No one in history has been better at doing this than the greatest ad man of all time. His name was David Ogilvy.

Ogilvy (pictured above) started an ad agency called Ogilvy & Mather. And he’s considered one of the great advertising men/copywriters that has ever lived.

If you haven’t read his books, Confessions of an Advertising Man and Ogilvy on Advertising, you absolutely should.

Below is an excerpt from a memo Ogilvy wrote in 1936. He was a 25 years old working at an ad agency – before he started Ogilvy & Mather.

He found the memo years later and wrote a letter to the board saying…”it proves two things: A) At 25 I was brilliantly clever; and B) I have learned nothing new in the subsequent 27 years.”

Every one of the rules above also applies to writing great editorial content (like this essay, the scripts for the YouTube videos you film each week, or the Facebook Livestream videos that boost your visability).

When you’re preparing your editorial, you must never separate content from selling. And vice versa.

Because good copy and good editorial (content) are the same.

SUGGESTED: Copywriting The New Way Vs. The Old Way

Both copy and content educate, entertain and inform. They’re full of facts. And they provide a specific benefit to the reader. And that’s a key reminder. Always remember, we are writing for the reader.

Pare your writing down. Omit needless words. Cut anything that doesn’t add value. Don’t put a “policeman in an automobile” when a “cop in a car” will do.

Write as you would speak. Keep it simple and conversational.

Write to a single person… Yes, we have lots of readers, but when we write, we’re not writing to an audience. We are writing to that single reader – the man or woman sitting in their living room.

I want to repeat Ogilvy’s first point, because it’s an important one…

Explain concepts. Add context to your writing. The reader will thank you. In many cases, it saves them a Google search (and that’s important because a Google search that takes the reader off our page).

We want our readers to get comfortable, to settle in with a cup of coffee to read our content and copy, and eventually to pull out a credit card to take action on our appeal.

This approach is timeless. It worked for ancient Emperors, the most influential men of America, and it’ll work for you, too.

Sean Goldsmith is the Managing Director of Content at Stansberry Research.

Posted in Articles, Wealth and tagged advertising, Copywriting, Sean Goldsmith
This error message is only visible to WordPress admins