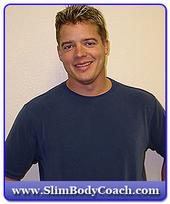 In his book “7 Day Belly Blast Diet”, Josh Bezoni explains the power of exercise when it comes eating sugar.

Today, the expert discloses what he calls the sugar loophole theory. However, before we move on I would recommend jumping back to yesterday’s post, for a little tip on meal tracking and why it is extremely important to your fat loss success.

Craig: You mentioned one of your obesity additives earlier in this interview series. Why don’t you share with us a couple more that are really important for us to discuss?

Josh: There’s quite a few. I have seven obesity additives, with caffeine being one of them. Caffeine is great. It can actually help with lypolisis or the breakdown of fat in certain amounts. The problem is those energy drinks that are out there that people are drinking by the gallons these days. They have huge amounts of sugar in them. I think one of the energy drinks I looked at recently, Rockstar, had like 65 grams of sugar in a can.

Craig: Those cans are huge, yeah.

Josh: They’re big cans, but people are drinking that stuff.

Craig: Kids drink that stuff, I mean as adults you make your own choices, but kids are being cheated there.

Josh: Yes. Even Gatorade! The average American does not need the sugar in Gatorade. Granted, athletes who are refueling during the sugar loophole period I call it and even people who are working out intensely can certainly indulge in something like that, but the average American shouldn’t be using that stuff.

I was at the gym the other day, and I saw this poor woman who was probably 50 pounds overweight walking on a treadmill, drinking a Gatorade, and eating an energy bar. Advertisers have her convinced that she needs the energy while she is working out, so that was her mindset. She very likely walked for half an hour, probably consumed about 600 calories, while she was on the treadmill for those 30 minutes, and the chances are only burned 120 calories.

So you have to be super careful what you are consuming in the name of energy. FAT IS ENERGY. ALL THIS BODY FAT AROUND US, THAT IS STORED ENERGY. We just have to tap into it. We’ve got to move our bodies. We’ve got to eat the right way, and we’ve got to keep our insulin levels low, not eat sugar so that our bodies can release glucagon, which is a hormone that will burn that fat.

I got off track there, back to caffeine, people are consuming way too much of it, it can actually make you feel anxious and nervous. This affects the balance of people’s moods; they tend to eat foods to try to get back in balance. So, caffeine can actually make people eat a lot more than they should.

Now MSG, when you think of MSG Chinese food comes to mind and how they used to ban it. I remember in the 1980’s and 1990’s I used to go to Chinese restaurants, and they had “NO MSG” signs up all over the place because it’s not good for you, it had some ill health effects. Well, they still use MSG in a lot of processed foods these days.

Salad dressings is one of them that comes to mind. I go to the grocery store, and I look at salad dressings, and they have MSG. There are all kinds of studies on MSG where people who consume a lot of it have much more of a tendency to be obese, and they’ve linked it directly the consumption of MSG.

So, MSG, which is in a lot of processed foods, is a link to gaining weight, this is crazy, but you’ve got to look at those food labels.

Another one is excess sodium. Our bodies need sodium, to a degree, but in processed foods the manufacturers are adding so much sodium in them these days that it has basically deadened our taste buds to it. So by adding tons of sodium people think it tastes right. Sodium causes dehydration so that people drink more. What do they drink?

Craig: Yeah, JUST GETTING THAT JUNK OUT. First of all, it eliminates a lot of food, to be honest with you. You’re not going to have a lot of junk left if you get rid of even just the few that you mentioned there. This is powerful stuff.

You mentioned a pretty cool phrase there, the “sugar loophole theory”. I had not heard that one before.

Josh: Okay. So, The American Heart Association recommends that you consume on average no more than 30 grams of sugar a day. They realize that it’s a terrible toxic ingredient, and the average American is consuming upwards of 200 grams a day, so there’s a huge discrepancy there.

Well, when you tell people they can only have 30 grams of sugar a day and there are other diets out there that tell people 10 grams or 15 grams a day, it’s seriously just not reasonable in today’s world. I recommend around 30 grams, and it’s still really tough for people, but I have something I call the sugar loophole, and it’s a trade off.

So, that’s the sugar loophole. If you want to enjoy more sugar you exercise. If you don’t exercise you shouldn’t be enjoying more sugar. It’s a little trade off. And I go through the exact amounts in my program and how to combine it with protein and there’s some faster absorbing protein like whey protein and the amounts that you should be consuming after a workout to help repair the damage that you did to your body during exercise. However, the little sugar loophole is kind of a cool way to get more sugar if you want it.

Craig: Okay, cool. I know some other coaches that have said, “I don’t mind if my clients even have Skittles after training.” It’s pretty funny. He was talking about his figure competition girls, so it just shows you the power of exercise on sugar metabolism there.

Josh: It’s funny you mentioned that, Craig, because I’m like a sugar addict as far as ice cream goes. I should go to Ice Cream Anonymous or something; I’m addicted to ice cream. I will do my very best not to eat it, and I maybe have it once or twice a week, but when I have it I always try to time it right after a really intense workout. I know that’s a sugar loophole. That sugar is more likely to be stored in muscle tissue.

So, if you’ve got one of those things, chocolates or something that you’re just not going to get out of your eating program no matter what, someone would have to tear it from your claws so to speak, think about eating it post-workout.

That’s all for today. Join us in part 7 as the expert gives us some tips for fighting those food cravings. 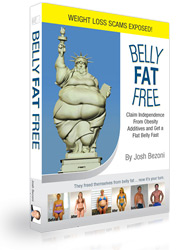