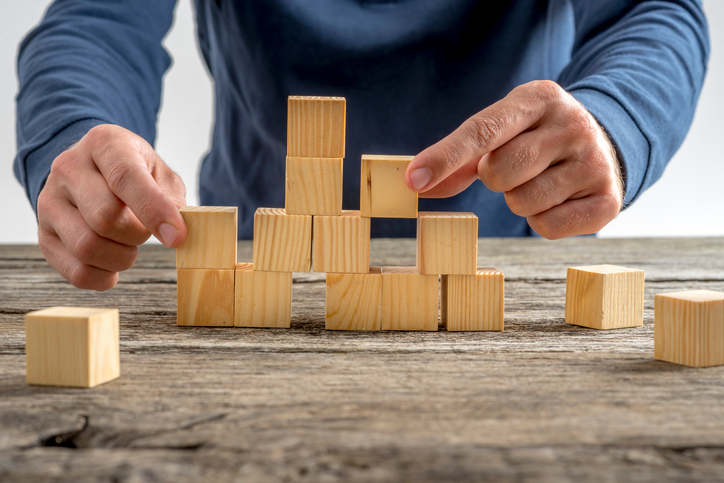 We all have the same number of hours each day to accomplish our goals. Nobody, rich or famous, has more than 24.

How we use those hours determines our success. Today, I would like to get back to a discussion we’ve been having on this topic in ETR for years, most recently last April.

I want to cover the two most commonly asked questions on how to allocate time for maximum productivity:

In particular, I am interested in the number of hours that should be devoted to planning and preparation versus taking action.

I have always resented any time I’ve had to spend to get ready to do a job. I want to get to it immediately. I don’t want to sit around researching the task, assessing potential problems, and then figuring out the best way to approach it.

This is especially true when I am inspired. Driven by some vision of what could be, I feel maniacally compelled to realize that vision as fast as humanly possible. People who work with me are sometimes stressed by my eagerness to get going.

I believe this drive to action has been a big factor in my success as an entrepreneur. But, in my early career, my disdain for planning and preparation was a major waste of time – mine and that of those who worked for me.

SUGGESTED: How to Become Independently Wealthy

I can’t tell you how many construction projects and marketing plans I had to trash and restart.

As time passed, I begrudgingly accepted the necessity of getting ready. I still have the urge to get going on any new project immediately, but I’ve trained myself to take some time to assess the situation and make plans.

I’ve trained myself to take some time to assess the situation and make plans.

The balance between planning, preparation, and action I found was expressed perfectly in the title of a book on entrepreneurship I published in 2008: Ready, Fire, Aim.

The idea, in a nutshell, is this:

That is a good general guide for how to organize your time. But it doesn’t tell you how much time you should spend getting ready.

Earlier this year, I asked more than a dozen successful businesspeople how much preparation and planning they did each day. I was also curious to know how many hours they worked.

Here are the results of my little survey:

Seventy-six percent said they work more than eight hours a day. The range was wide- four to 12 hours. But the average was 9.3.

Most of them considered “planning” to be a vital part of their day. In fact, as a group, they spend an average of an hour doing just that. But all of them felt that “taking action” was the most important part.

For nearly all of them, the workday begins early – before 9 a.m. About half begin at or before 8 a.m.

Many begin working before they get to the office by reading e-mail or gathering information for from newspapers or online publications.

Not many – only about 20 percent – take work home with them at night. But a majority put in at least a few hours on the weekend.

I thought it would be interesting to compare the results of my survey with my own practices, as well as with the work habits of Ben Franklin (ETR’s muse) and Donald Trump, America’s most visible entrepreneur.

Add it up and you have the following 24-hour breakdown:

How does this compare to Ben Franklin’s schedule?

Here’s how he recorded it in his autobiography:

Because Ben left three morning hours unaccounted for, it’s difficult to estimate his time blocks precisely. But assuming those three hours were equally divided between leisure (he was devoted to it), reading, and work, his 24-hour breakdown would look like this:

That’s remarkably close to my schedule. Being a fan of Ben, I’m happy about that.

What about Donald Trump?

His workday consists of non-stop meetings and phone calls. Being in the construction and development business, it’s safe to assume that one-third of that time is spent on planning and preparation.

So, roughly speaking, his 24 hours would be broken down as follows:

Do this right now. Take a look at yesterday’s calendar and figure out how your workday compares.

Remember, these are typical hours for entrepreneurs. If you are a doctor or a dishwasher, you might have a very different schedule.

Nevertheless, my guess is that — despite what we wanted to believe when we bought and enjoyed Timothy Ferriss’s book The Four-Hour Work Week — being successful in life requires three or four hours of getting ready every day and eight or nine hours of taking action.

Jason Holland, ETR’s former editor, did some additional research on this topic. Here’s some of what he found:

Longtime ETR readers know that I believe email is the wrong way to start your day. It will besiege you with dozens, if not hundreds, of OPPs (other people’s problems). It will drain your energy and waste your time. If you can possibly avoid it, it is much, much better to do your e-mail once a day, in the late afternoon, before you leave the office.

None of what I’ve said so far should astound you. It’s all good common sense. It’s what we’ve been saying at ETR for years.

But it’s one thing to recognize a good practice and quite another thing to use it.

Most people who read this essay will think to themselves, “I should do that. I should wake up early and spend that extra time working on my long-term goals.” They’ll think it, but they won’t do it.

To maximize your productivity, try it for a few weeks and see how it works for you. And since how the way you begin your day has a major effect on how productive you will be in the afternoon and evening, follow these four easy rules:

By the way, my informal survey produced a number of very interesting comments and suggestions, some of which I’m incorporating into my own workday.

One of my respondents, for example, said,

“My whole day is determined by the first hour. If that is spent well then I know the day will be good. If something interferes and I don’t get that good hour in, I find myself fighting to get meaningful work done. Nowadays I do that meaningful work at home. And I do it on a yellow pad. I’ve been pushing back the hour I come into the office. Now I’m coming in about 11:00 a.m.”