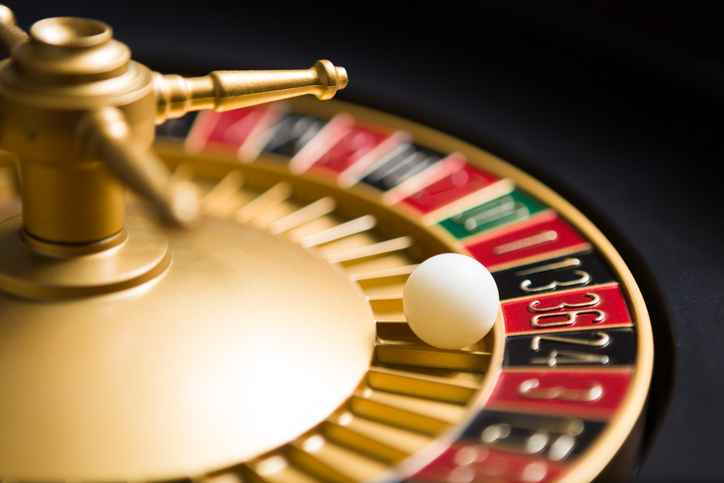 I recently spent a weekend in Las Vegas with my family, marveling at the new super-hotels, getting lost in the cavernous casinos, riding the roller coasters, shopping in the neo-malls, and touring the big, beautiful, and imaginative bars and restaurants.

I’ll tell you why in a moment. But you don’t need to risk money to get a thrill from Las Vegas. Especially if you haven’t been there in 20 years.

The Las Vegas I knew was the Vegas you see in the movies. Flashy and cheap.

The new Vegas is huge, opulent, and  almost  tasteful.You can’t help but like Las Vegas  the way you might like a busty Keno girl cinched up in lace and silk stockings. Immediately appealing but not likely to work out over the long run. My second son, who is studying Roman history, kept shaking his head and warning, This is surely the end of the American Empire.

I understood what he meant. In terms of size, sumptuousness, and spectacle, there is no other place in the world like Las Vegas. The vast, opulent malls America pioneered in the early 90s prepare you for the size of it  and Disney World/Land can give you an idea of how friendly replica environments can be. But they are like sketches to a masterpiece. Las Vegas  the new Las Vegas  is a one-and-only. A sui generis experience.

How To Seduce An Entire Population

Take the Bellagio, Stephen Wynns mega-Mediterranean wonderland, that hosted the five of us (in two rooms) for three days.

Bellagios casino is larger than several football fields and jam-packed with roulette tables, poker bars, and one-eyed bandits. It has its own mall . . . a deluxe promenade that rivals Worth Avenue or Rodeo Drive, featuring the same deluxe stores (Gucci, Armani, etc.) you’d expect. And there are, in addition to the casino-side eateries and buffets, at least a dozen first-class restaurants. Outside, from the lake-sized pond that separates the hotel from the boulevard, a water show takes place every 30 minutes. It is a wonder of science  computer engineering and plumbing  that provides a spectacular, three-dimensional representation of show tunes and opera that ranges from charming to breathtaking. And there is the Bellagio Fine Art Museum which displays, I was surprised to discover, fine art by serious masters.

The Bellagio cost something like $1.6 billion to build. And it feels like it. You could spend a week inside its walls and never lack for entertainment. The Bellagio and other Las Vegas properties like it (people tend to call them properties because they are much more than hotels, more than casinos, more than theme parks) present a sort of challenge to the rest of the world of entertainment. Top this, they seem to say.

Your mind tells you it’s too much, but your heart can’t resist it. At least not for a long weekend.

Are you wondering when I’m going to transition into something useful? Some bit of business or career advice? Some secret of wealth building?

I wondered that myself this weekend. Surely, there are lessons to be learned from all this. And I’m sure there will be. But we may have to wait a bit. It all has to sink in.

I could make the obvious observations:

The interesting thing about such manipulations is that they are noticed and accepted with good humor. Everyone comments on them, but with a kind of bemused admiration.

Is there a lesson there? Probably, but its not yet clear to me what it is.

There is also a secret in the way Las Vegas gives away room and board for next to nothing so long as you empty your bank account at the gaming tables. This gives the average Joe a chance to stay in hotel rooms he normally couldn’t afford and languish in architectural spaces he would otherwise be prohibited from. You travel to Las Vegas feeling like you are enjoying a bargain. You leave your big money on the tables, but you leave feeling not that you’ve been tricked into overspending but that you had a great time and a run of bad luck at the same time.

As I said in the beginning of our conversation today, I don’t gamble. And that’s a strange thing, really, because other than gambling, I’ve never met a bad habit I didn’t like. I don’t gamble because I get no pleasure from it  and because its so clear to me that I’d lose money.

If you believe you can beat the system, I’m not going to try to talk to you about it. Just ask yourself this:

How are these billion-dollar properties being paid for?

How is it that the Bellagio can have a garden so opulent that it takes 70 full-time employees just to maintain it?

My wife is happy if she spends three hours and loses only such-and-such. She doesn’t have the illusion that shes going to make money in the long run, but she likes the charge of seeing her coin box fill up and empty out  and she cherishes the possibility of hitting it big.

Walk into any casino and look around. What you’ll see will be people stooped over and locked in concentration. Their eyes are tired, their mouths drawn in concentration. Wander into the sports-betting area and you’ll see men in refrigerator-sized cubicles, glancing at a wall of video screens, scratching calculations on betting forms, and executing orders. It’s eerily reminiscent of a brokerage or stock-exchange trading floor.

Concentration. Focus. Calculations. Long hours. It all seems like work to me. The only difference is that in Las Vegas the odds are stacked against you.

In any other field of endeavor, you could take the same people and put them to work doing virtually these same things concentrating, figuring, calculating, and executing and youd have  almost certainly  a viable business.

Not in Las Vegas. Over the long haul, gambling makes you poorer. Spend the same time and effort in almost any other endeavor, and you’re likely to get richer.

We All Want To Keep Dreaming The Dream.

Is it the allure of big money? As a friend of mine said, How else does the average schmo get a chance to make a zillion dollars?

That may be the problem. To the average schmo, working hard (and smart) is not a good way to make a fortune. Gambling is somehow better.

SUGGESTED: The Importance of Common Sense

It is 100% possible for the average schmo to become wealthy. Half of the wealthy guys I know are schmos. I myself began as a schmo voted most likely to end up in Schmotown and schmo on. So I know.

Success comes from working hard and working smart. Working hard, you understand. Working smart means (a) getting a cut of the action and (b) not risking your money when the odds are stacked against you.

If you stick with ETR, you’ll learn dozens of ways to get a piece of the action and  just as importantly  you’ll be encouraged and chastised into doing so. Then you’ll be on your way. You’ll be getting richer every day. But to become wealthy, you’ll have to learn to keep the wealth you earn. And that means saying no to gambling.

Gambling is a suckers game. The odds are stacked against you. The comps well, the comps are about as useful as a bouquet of flowers from your wife’s boyfriend.

I don’t gamble. Not in Vegas, at least. But every once in a while I run into a business deal that sings, Play me!

Don’t gamble. Not in Vegas. Not in the stock market. Not in your own business. Next time the sirens sing to you, tighten up the ropes of self-restraint and wait till you sail on by. A good businessman owns a piece of the casino. He doesn’t gamble there.

Posted in Articles, Family, Lifestyle, Work and tagged don't gamble, gamble
This error message is only visible to WordPress admins