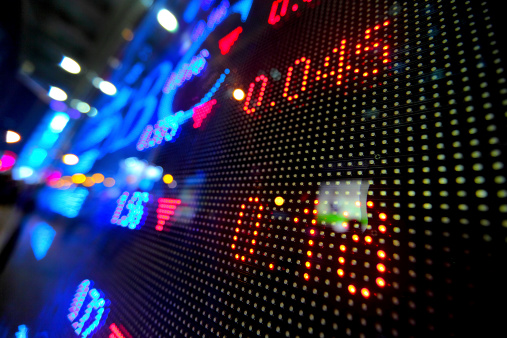 How do we know all this personal information?

By carefully tracking our sales and by tracking what areas of our websites get the most “clicks.” It’s one thing to fill out a survey. It’s an entirely different thing to actually spend your money on investment research… and then put thousands or millions of dollars to work based on that information.

What people say and what people do are often different things. What do our sales results tell us right now?

They tell us investors are terrified… They expect another 2008-style financial crisis to occur soon.

We have frequent discussions on how to sell our products at S&A. Right now, our marketers are almost completely resistant to the idea of trying to sell research about long-term investing. They know not many people want to buy it.

After all, if people believe the global financial system is going to blow up, why make long-term investments?

Trying to convince investors to buy research with a “bullish view” right now is like trying to sell winter coats in southern Florida.

People refuse to believe the American economy could actually do well over the next five years. Of course, we like to think our paid-up subscribers are more informed than the average investor. But even informed investors are human. They can get caught up in the same manias as anybody.

We don’t blame folks for being worried. We’ve highlighted many of the dangers facing investors right now. But one of our core recommendations strikes many people as controversial… even crazy, given some of the warnings our firm has made.

Own stocks. Own businesses.

For one, holding a great business is extremely easy. It’s as easy as holding cash in the bank.

Once you buy shares of a great business, there are no storage costs. There are no transportation costs. You don’t have to get a safe-deposit box or a home safe, like you do with gold.

Shares of great businesses are liquid and freely traded.

There’s a huge market for these business. It’s open most every business day.

It’s cheap to buy great businesses. You don’t get hit with big fees and commissions when you buy and sell them. You can’t say that about real estate or art.

These businesses have increased dividends through recessions, government shutdowns, wars, and real estate busts. They paid their dividends during the 2008-2009 financial crisis. They sailed through the ultimate dividend “stress test.”

Great businesses are great inflation-defense vehicles. They have long histories of rising in value when paper currencies decline in value.

This is probably the most important aspect of these stocks…

You see, governments have a long history of debasing currencies.

When governments want to pay for big social programs or wars, they often print up extra currency units (like dollars). Every currency unit that is printed devalues the existing currency units. This is called “inflating” the money supply.

Inflation is a way for governments to quietly clip small bits of value from your bank account and your wallet.

Inflation is one of the greatest dangers a person saving for retirement faces. It can crush the future buying power of the money you save today.

The world’s most successful investor, Warren Buffett, figured this out a long time ago. Buffett urges people who are worried about paper-currency declines to own world-class businesses.

In a March 2013 DailyWealth essay, Porter walked us through Buffett’s thinking…

The greatest investor of the last inflationary cycle – Warren Buffett – has never bought a gold stock.

Instead, he has focused on an entirely different group of stocks…

Buffett figured out, long before anyone else I can name, that the best way to profit from inflation wasn’t by buying hard assets or the companies that produce them… Instead, you should buy companies that don’t require any additional capital at all (or require very little).

Buffett figured out that companies that don’t require much in ongoing capital investments can simply raise their prices to combat inflation. Then, they can pay out the excess returns to shareholders. The result? Higher dividends every year. Buffett says these companies have “economic goodwill.” I call them “capital efficient.” But it’s the same idea.

I recommended Hershey to my Investment Advisory subscribers back in 2007. At the time, I told readers it would likely be the most profitable stock recommendation I’ll make in my life.

Hershey can afford to return so much capital to its shareholders because it requires little capital to grow. In 1997, the firm invested $172 million in property and equipment. By the end of 2012, its annual capital budget had only increased to $259 million – essentially unchanged. Meanwhile, cash profits had reached $836 million – growth of more than 150%.

This is the beauty of a capital-efficient business: While sales and profits grow, capital investments don’t.

A business like Hershey tends to do very well during inflationary periods… even better than gold stocks.

In sum, if you want to protect yourself from inflation… and if you want to become truly wealthy through investing… your best, safest choice is to buy these kinds of companies – the Hersheys, the Coca-Colas, and the McDonald’s.

These businesses will be able to raise their prices along with inflation… while having to spend comparatively little on growing and maintaining their business. That is exactly why Buffett focuses on these companies… and it’s exactly why I’ve been telling my readers to buy them.

As we mentioned, this advice is controversial… especially in the investment-newsletter business. When a newsletter writer sees reasons for caution, he’s expected to say, “Get out of stocks and buy gold, gold stocks, and guns.”

Regular readers know we recommend gold and silver as “crisis hedges.” We recommended buying gold in 2003… long before most people jumped on the bandwagon. We’re long-term owners of gold.

But we’ve done the research. We’ve looked at the numbers. We know great businesses do a better job of preserving and growing wealth over the long term.

Consider that from the start of 1990 until last month – a time period that includes booms and busts for both stocks and gold – gold has returned 222%. ExxonMobil has returned 1,573%. Wal-Mart has returned 1,775%. Coke has returned investors 1,270% Health care giant Johnson & Johnson has returned 2,213%. Fast-food dominator McDonald’s has returned 1,660%. (Note: These numbers factor in dividend reinvestment.)

Keep in mind… these companies were well-established enterprises in 1990. It wasn’t like you were buying them as bets on speculative startups.

The numbers are clear. Owning well-run businesses that generate consistent cash flow and dividends is a better long-term strategy than owning gold. (Again, we’re gold fans and gold owners in general. Save your hate mail for someone else.)

If you’re concerned about another financial crisis – and as I mentioned, we know you probably are – we encourage you to think about today’s idea… and how the world’s greatest investor approaches it.

Own some gold. Own some real estate. But don’t abandon the proven wealth-building power of owning the world’s best businesses. Don’t pass up a chance to buy a great business for a great price.

About the Author: Brian Hunt is the Editor in Chief of Stansberry Research and Casey Research. Since 2007, he has managed dozens of Stansberry Research’s investment newsletters and trading advisories, helping make Stansberry Research one of the largest financial publishers in the world.
Brian is a successful private trader and the co-editor of DailyWealth Trader, one of the industry’s most popular trading advisories. He frequently contributes to DailyWealth, and the S&A Digest. Brian also produces educational and training materials for new and experienced traders.]

Get updates on living the good life delivered to your inbox.
Posted in Health, Lifestyle, Self-Improvement, Wealth
This error message is only visible to WordPress admins