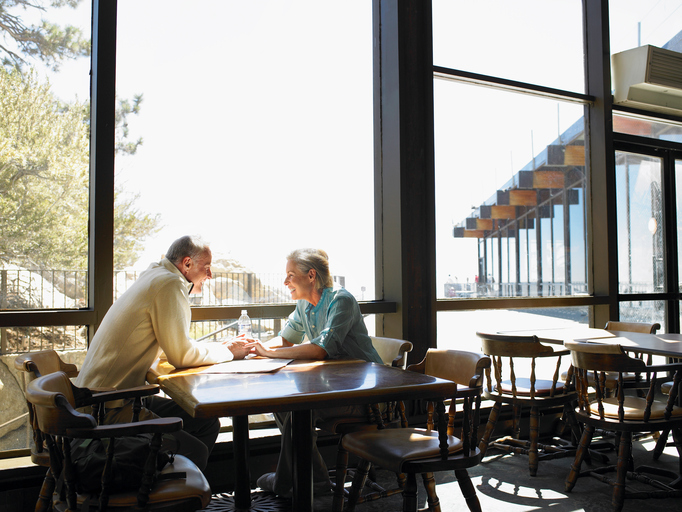 Aging baby boomers are starting to realize that there is very little chance most of them can afford to retire at 55 or 65 and live off their savings.

If you figure on making 10% on your money, this means fewer than one out of five Americans who are nearing retirement age have the wherewithal to enjoy a passive retirement income of more than $25,000.

And it’s only getting worse. This year, for the first time ever, government numbers showed that Americans are in a net spending rather than saving mode. Simply put, the vast majority of Americans are not rich enough to retire and they are getting less rich every year.

Weve talked about retirement before (in Message #116). Ive made the argument that retirement  the idea of not working, of living off passive income  was a short-lived phenomenon in this country. It was sold to us by the government and by the banking and the insurance industries, yet it only worked (and only partially) for one complete generation  the parents of the baby boomers, who benefited from the appreciation of their homes.

Other than that, most Americans have worked most of their lives  just as most Europeans, most Asians, and most Africans have done since recorded history.

Still, it’s a great fantasy - one ETRs should not give up on entirely.

If you work hard and invest your savings, you can still retire comfortably. But youll have to do those things over a long period of time  which you may not have. (Or youll have to get lucky, which you shouldnt count on.)

But even if you are able to stop working and live off your savings, retirement may turn out to be less than the wonderful experience youve imagined. A former colleague of mine retired with a personal net worth in excess of $20 million about five years ago. Since that time, he has done everything you can do in retirement  traveled the world, spent time with his family, played a lot of golf, etc. But the other day, he pulled me aside and said, “MMF, let’s do something together. I’ve got to get my blood moving again.”

He wasn’t talking about golf. And hes not alone. The golf courses of America are full of lonely retirees fantasizing about the good old days when they were involved in something meaningful.

And they are right. There is nothing more rewarding than working on something you think is important. And theres nothing less satisfying than whiling away your time with distractions, waiting for your body to shut down.

Someone smart once told me that they should invent a new period of life for Americans today. After the working years, there should be something called the Semi-Retirement or Post-Daily Grind or the Golden Working Years, during which you get to (a) do something you really enjoy doing, (b) do it as many hours as you wish, and (c) get paid good money for doing it.

It doesnt matter if you are 55 or 35, there is a way to shift the course of what you are doing now toward some rewarding activity that meets all your needs  intellectual, physical, emotional, and financial.

The trick is to do work that you love. And it may be that the work you are doing now isn’t lovable. A recent Rutgers University study found that 70% of those asked would be OK with working into their “retirement years” if they could find some part-time work they could do outside of their current employment.

Work thats enjoyable (probably something different from what you are doing now) and work that can be done part-time (20-30 hours a week). Doesnt that sound like good unretirement work to you?

* The work should be in a desirable location.

* It should enable you to associate with agreeable people.

That meets our three ETR standards  to enjoy what you do, where you do it, and with whom you do it.

If you can find work that meets those requirements and pays you a reasonable financial reward, you will probably be very happy to forget about retirement altogether  at least for a while.

It may be that you will decide to become a freelance copywriter. Or maybe you will work as an Internet artist, or a cyberspace interior decorator. Your love of horticulture may be transformed into a part-time source of income for you. Anything is possible.

“Cessation of work is not accompanied by cessation of expenses.” – Cato the Elder (2nd century B.C.)

Posted in Personal Finance, Wealth and tagged finance, retire, Retirement
This error message is only visible to WordPress admins