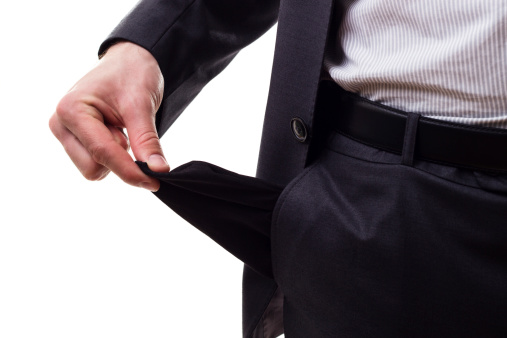 Stop reading all the negative material on being broke and old.

One of my subscribers, Paul, sent me the following “confession”: I have no savings, no significant assets, and bad credit due to having to file bankruptcy after 2008. And to make matters worse, I just hit 60 and I feel like everything is suddenly starting to go wrong with my body! Give it to me straight, Mark. Is it even possible to save myself at this point? If you have ever felt financially or physically “old,” this essay should be helpful. For the answer to the aboves question is yes. And not a qualified yes – a definitive yes!

Virtually all financial and most health problems can be solved.

When you are young, you feel the truth of this instinctively. But as you age, your psyche’s natural optimism sometimes fades. The burden of debt and joblessness – even aches and pains – seems terminal.

But that is an illusion. You can fix all your financial problems, one by one. And you can acquire wealth. In fact, if you really want to work at it, you can become wealthy in seven years or fewer. And you can do all this starting at age 60.

Things are easier now for older people. Sixty is the new 40!

What You Can Do in Your 60s

Let’s begin with Paul’s health issues, since without good health, it is difficult to put your full energy into your business and financial objectives.

Paul doesn’t have a terminal illness. He has diminished energy, occasional muscular fatigue, chronic aches and pains, and the growing feeling that his body is “falling apart.”

Your doctor may tell you that these are inevitable symptoms of aging. And there is no doubt that the body is designed to wind itself down as it ages.

But that doesn’t mean that you have to give in to physical debilitation and the mental gloom that goes with it. By taking advantage of new discoveries in nutrition and exercise science, you can be strong, energetic, and pain-free all the way through your 70s and even your 80s.

I provide myself as your example. I come from a family that is predisposed to obesity, heart and digestive problems, and depression. My genetic bad coding started messing with me in my late 30s.

Knowing next to nothing about nutrition, I spent about 20 years gaining and losing weight as my strength, flexibility, and stamina gradually diminished. Then, in my early 50s, I began consulting for the natural health industry. This gave me an inside view at all sorts of breakthrough studies that helped me understand how I could eat, exercise, and relax more profitably.

Today, at 63, I’m in very good shape. I’m not what I was at 25, but I’m able to work 16 hours nonstop, wrestle with men less than half my age, and spend six days climbing Mt. Kilimanjaro.

Moreover, I’m taking supplements that seem to be actually retarding the shortening of my telomeres – the cellular switches that control aging.

About a year ago, I took a battery of tests that measure my “relative age” in terms of lung capacity (extremely important), visual and mental acuity, heart strength, and even something that measured the flexibility of my blood vessels. In every area, I tested at least 10 years younger than I am. In several areas, I tested 20-plus years younger.

The point: You can regain some measure of youthful vigor, stamina, and optimism by implementing a good eating, exercise, and sleep routine…

How Much Can You Accomplish?

Behind Paul’s question is a common prejudice: that our years for being productive are between 30 and 60. There is no doubt that you can change the world in that middle third of your life. But you can accomplish great things in the last third, too.

To prove the point, here are a few examples of what these well-known people have been able to do in their 60s (or thereabouts):

Consider this: As of 2009, the latest year for which information is available, persons reaching age 65 had an average life expectancy of an additional 18.8 years (20 years for females and 17.3 years for males). That means we sexagenarians have many more years to live well and thrive!

How to “Save” Your Financial Future

Do you empathize with Paul? Here’s my advice.

That seven-year term is a personal projection, but it’s not without basis. It comes from what I’ve done many times over in my own life and what I’ve been able to help other people do many times over.

When you are young, seven years seems like an eternity. But at 60, you now know that it will pass faster than the blink of an eye. That’s why it’s so important for you to take my advice seriously and put it to work immediately. If you wait even a week to get started, you will find it easy to push it off another week and then a month, and before you know it, those seven years will have passed, and you will be in the same bind you are in now.

But none of that really matters. These forces and people don’t care about your financial problems. They won’t help you. You must accept the fact that only you can turn your life around. You have to step up to the plate. You must make a serious personal commitment to change.

Once your body is healthy and your mind is right (including your commitment to persist in this plan), you are ready for the first life-improving change. And that is the acquisition of additional income.

I have written about this subject many times before. My argument is that you can’t get wealthy by investing alone. You must curtail your spending, manage your money, and allocate your investments wisely. And you must also create extra income for yourself and your spouse.

This is a big, big point. Before I first wrote about this idea in 2011, no investment expert I knew of was saying this. Now some of the better investment writers are beginning to teach it, just as the better business writers began teaching my ideas about entrepreneurship several years after I introduced them in Early to Rise.

So much the better. Let’s get the word out. But you should know that you are getting this advice from the guy who first shouted about it – while everyone else was saying, “It’s just a matter of buying different stocks and bonds.”

Bringing in extra income is the single most important way you can get rid of debt and become wealthy within seven years. It is the surest way you can get out of the financial pickle you are in and enjoy a comfortable, worry-free retirement.

As to your debt and bankruptcy, don’t be intimidated by it. There are ways to contain and even eliminate it, as well as repair your credit.

There are alternative retirement lifestyles that will allow you to live very well on an amazingly small amount of income. There is a program I’ve developed with the Palm Beach Wealth Builders Club team. It’s called “Retire Next Year” because these retirement opportunities don’t require much more than the willingness to make a change in how or where you live. And you can accomplish them with a modest income – which you already have.

“Living Rich” is a special favorite of mine. I’m sure some readers will consider it frivolous because the advice is not about making more money but about getting more quality out of the money you have. To me, it is the most important thing one can learn about wealth.

The fact is that – although 80% of people would like to (and should) have more money in their lives – most of them can start enjoying a higher quality of life immediately by spending their money more thoughtfully.

All of these programs are available as part of our Palm Beach Wealth Builders Club. We launched this club after reviewing a survey of Palm Beach Letter readers and discovering that many of them – too many of them – were hoping to retire within 10 years but did not have the wealth they needed to do so.

I don’t believe in “retiring” in the traditional sense. I don’t believe in giving up meaningful work, for example. I have many friends who tried replacing work with golfing and grew tired of it all too quickly. Of all the activities one can do in retirement, golf is probably the worst because it defies what you want to do with your time: improving yourself by practicing something that you think is useful. If you are not a professional golfer, you can’t possibly say golfing is useful. And as to improving your skills? It just doesn’t happen!

SUGGESTED: 10 Brilliant Ways to Live Like You’re Rich, Even on a Small Budget

Another great mistake people make when they retire is that they give up their active income. There is nothing you will regret more – in terms of financial decisions – than to substitute passive income for an active one.

The good news is that anyone who is in their 60s (or younger) can eradicate debt and build wealth within seven years. And this goal – this specific goal – is the cornerstone of all of the many different mini-programs we have within the Palm Beach Wealth Builders Club.

Being 60-plus years old is not a problem. It’s an opportunity. You are older now, and that means you should be wiser. You should be able to use that wisdom to make good choices.