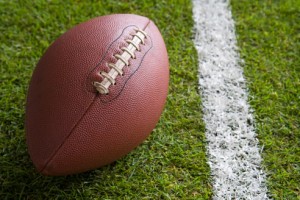 In Part 4 of my interview with New Jersey fitness expert, Jason Ferruggia, he shared with us which types of foods you really should eliminate from your diet.  So make sure you’re not eating this food, and if you are, then think about at least cutting back on them.

So we now know what we shouldn’t be eating, but it’s more fun to learn what we CAN eat. So let’s find out what this underground strength coach eats on football Sundays. I think you’ll be surprised just how delicious his diet sounds!

Craig Ballantyne: Why don’t you tell us a little bit about your Sunday feast day that you have at your house.  You have a friend that comes over and cooks some of the meals  that will, again, will surprise people that it’s more than just iceberg lettuce and carrots on a vegetarian type diet?

Jason Ferruggia: During football season, we have a huge feast every Sunday. We’ll make all kinds of pizzas with sprouted salt crusts and we’ll get some kind of soy cheese. There’s actually a cheese called Daiya, which you can get at Whole Foods and it’s a non-soy vegan cheese. We use that on the pizzas.

We’ll make all kinds of stuff.  On one pizza, we’ll cut up some tofu,  beets and sweet potatoes and roast those, which is amazing.  I don’t like to eat too much soy and the fake meat kind of products, but on Sunday cheat day we will.  We might make pasta with meat sauce or pasta and sausage, or cut some of the meat and sausage up and put it on a pizza.

I’m big into lentils, so I always make a big lentil stew.  We always have some kind of dessert, so we make vegan brownies and homemade cookies or coconut milk ice cream.

We make eggplant a lot. We always make fresh homemade hummus with a huge tray of vegetables.

Even though it’s a CHEAT DAY, I still like to get some healthy food in. We’ll make Mexican brown rice and black beans, then add some fresh salsa and cut up some avocado.  It’s not a terribly boring diet.  A lot of people think you’re just eating carrot sticks all day, but we eat a ton of good stuff.

I make quinoa a lot.  We’ll make some quinoa and sauté a bunch of different vegetables such as onions, peppers, tomatoes, mushrooms.  Then I’ll make that into a wrap and cover it with a red pepper cashew crème.  We’ll put a roasted red pepper in the food processor with a handful of cashews and a little bit of water.  You blend that up and that cashew crème is UNBELIEVABLE.

I could eat that on anything.  When we make it with the quinoa wraps, we either wrap the quinoa in a salt wrap or if you’re trying to cut down on your carbs, you could wrap it in a collard green. Just wash some collard greens and wrap it in that.  It is phenomenal. I eat tons of different stuff like that.

Craig Ballantyne: It’s a very interesting way of eating. You and I went to a raw restaurant in New York and I would say that I probably had the best chocolate cake of my life in a raw restaurant, so it was really surprising. Last thing I’m going to ask you about this and then we’ll move back into some more advanced training stuff…

…How long did it take you to transition to this diet both in terms of getting used to eating that way, but also in finding the variety?

You definitely covered some GREAT RESOURCES, but I guess it’s also just a “poke your head around Whole Foods” and try new stuff? How long did it take you to get in the groove?

Jason Ferruggia: Definitely. At the beginning, it’s a little difficult, but like you said, you’ve got to be open minded, speak to people who eat like this and you’ll probably find a lot of good recipes and a lot of good ideas. 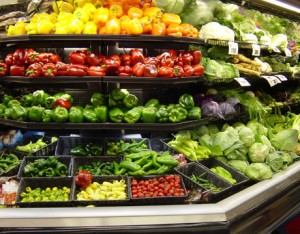 For me, it wasn’t really that big of a change. I was never huge into meat or chicken.  I just ate it because I thought I had to eat it to keep my size. I do like fish a lot, so that was harder for me not to eat. But, there are plenty of things to try and a lot of great recipe books.

Like you said, you go to some of these vegan or raw restaurants and you wouldn’t believe how good the food is. I just took a friend of mine the other night to Blossom in New York, where you and I have eaten.  He’s a big meat eater and he got something he could have sworn was chicken.  It’s not just tasteless eating celery all day. There are a lot of good things.

It took me a little while, but I knew some people who did it, so that kind of fast forwarded my transition a little bit. It definitely wasn’t difficult.

Some of the MISTAKES you’re going to make at first, which a lot of people do, is not getting enough protein. You’re going to have to be conscious and eat a lot of lentils and beans and nuts.  You’ll probably have to supplement with some Sun Warrior protein.

You also need to make sure your essential fats are up.  You can’t just eat waffles and rice all day.  It’s a problem staying lean on this kind of diet.  You do have to go through your carbs to get your protein, so you need to watch your carbs.

A lot of vegetarians only eat are bagels and pasta and bread, and that’s obviously not healthy at all.

If you cover those bases and you’re smart, you really won’t have a problem.

Craig Ballantyne: Then the last thing I’m going to ask you is you definitely listed a lot of foods.  Would you also say that you and a lot of people are going to be happy to hear that you’re ABLE TO EAT MORE FOOD and FEEL FULLER LONGER even when you’re trying to get lean on this type of diet?

Jason Ferruggia: Yes, because you can eat fruits and vegetables.  You can eat 2,000 calories worth of fruits and vegetables alone and that’s a lot of volume of food.  I could eat until I’m stuffed just eating apples and pears and at the end, it’s only a couple hundred calories. So, it’s not the best for gaining weight.

For GAINING WEIGHT you’re going to have to add in more fat and things like that.   But, for losing weight I think it’s a great way to eat because you can eat a huge volume of food and feel full and satisfied, yet the caloric intake is so much lower.

That’s all for today.  Join us in part 6 where the fitness expert explains how many days of the week will be beneficial to working out.