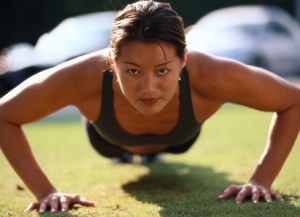 We discussed how little you really need to train in order to still see incredible results in  Part 6 of my interview with Jason Ferruggia, and so now we’re going to talk about what to add to your workouts to blast through those stubborn fat loss plateaus.

From beginners all the way to advanced, Ferruggia shares the type of mindset you need in order to make the biggest progress possible, including avoiding this one common training mistake even he makes at times.

Craig Ballantyne: Walk us through a training session. It’s going to be total body and then conditioning at the end?

Jason Ferruggia: Yes. Maybe for a full body workout, everyone would come in and we will foam roll for five to ten minutes.  We would use the IT band for the quads, hamstring and glutes for problem areas like that. Then we’ll get into a full body dynamic warm up, which will be some basic calisthenics stuff, some jumping jacks, seal jumps, flings, overhead squats, shoulder dislocations, some isometric poses and some bridging.

Then we’ll start with some kind of jumping exercise of either a plyo or dynamic exercise. I like box jumps a lot, so maybe we’ll work up to a one rep box jump.

We’ll always do a finisher, so at the end we might do battling ropes,  push the prowler, do burpees, swings or something like that. I like to keep most of the workouts three to five exercises.

If I have a skinny hard gainer looking to gain size I’d probably just have them do an upper body push and an upper body pull and a lower body exercise.  That would be it and he’d go home.  I might add a squat, a military press, and a pull up too.

For everyone else, we’ll throw in the dynamic stuff at the beginning and we will do some kind of finisher for five to ten minutes.

Craig Ballantyne: Very nice. We haven’t really covered too much beginner stuff, and I know you don’t train a lot of beginners. What are some of the things that you do use when you’re training a beginner? What are the TOP THREE things that you would tell a beginner to do when getting into a fat loss program and mindset?

Jason Ferruggia: Well, if someone has never been in the gym before, I would definitely want them to just stick with a basic program, no matter what their goal is. Something like I just outlined with a push, a pull, and a lower body.

Get proficient with the big exercises and master your form.  I would still train, whether you’re training for fat loss or muscle gain, at the beginning.  I would keep it pretty similar just because you need to learn the big exercises.  You can’t go wrong with exercises like squats and dead lifts. 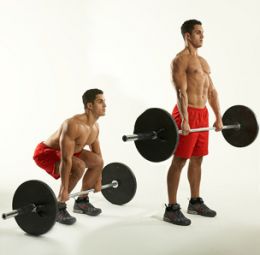 I think everyone should learn those and the best way to learn those is to do them three days a week for three to five sets of about five to eight reps. You want to keep the reps low just because you learn better. When your do higher reps your form tends to break down.  Your stabilizer muscles tend to give out before the prime movers.

So, for beginners, I recommend keeping the reps low when you’re learning the big lifts.  Maybe you do that for a month while you learn the big exercises.  Always keep a training journal.  Stick to big compound exercises that use a lot of muscle and burn a lot of calories.

Always try to make PROGRESS at every workout. Try to do more reps, do more weights, or if it’s a bodyweight exercise move on to the next level. This doesn’t have to be every session, but over time.   Just make sure you’re making progress from week to week or month to month.  A year from now, if you’re still doing the same weights, obviously you’re not going to get anywhere no matter what your goal is.

Even if your goal is fat loss, you should be striving to get stronger.  That way you know you’re not losing muscle.  A lot of people make this MISTAKE when they’re training for fat loss.  They don’t really worry about the weights they’re using because they think it doesn’t matter;  it’s just calories burned.  But, you don’t want to lose muscle because you’ll end up looking worse.  In the end, you’ll have more fat and less muscle, which is never a good look.

So, you always want to strive to get stronger no matter what your goal is. Again, try using more weight or more reps every workout.  You asked for three, I guess that’s probably more than three now.

Craig Ballantyne: I like the advice of always trying to set the personal best in the training sessions and stuff like that. What about top three tips you would give for an ADVANCED person that’s maybe stuck at a fat loss plateau or something? Someone that’s not doing a real generic cardio workout, but kind of has a good idea of what they’re doing, but needs to really step it up.

Jason Ferruggia: Okay, first of all, USUALLY it’s some kind of diet issue. You need to see where you’re at with your diet and make sure everything is in check.  Usually when someone is at a plateau that’s when I start doing some kind of carb cycling or calorie cycling. If you jack up their calories for a few days, that will kind of get their metabolism cranking again and get them out of that plateau.

If someone is stuck at a plateau, we might say “For the next three days we’re going to increase your calories by one and half times,” maybe even double.  You’ll find that they will actually lose weight.  They may gain weight for a couple days, but then during the following days after that, they will always lose weight.

So, something like that definitely helps. Going beyond that, they may have to do that every five days or every few days or so they may have to jack up their metabolism with some kind of carb load.

As far as training goes, the biggest mistake an advanced guy makes, and I make myself, is never backing off.  You need to be smarter the more advanced you get. You need to take more time off, take a planned week off here and there, cycle your poundages, warm up more, maybe use slightly higher reps.

These are things that sound counterintuitive for fat loss or not specifically geared towards fat loss. If you’re beat up in the gym and not making progress, you’re not getting stronger.  That’s going to hold your fat loss back, so you need to make sure that you’re not over training, you’re not over doing it,  and you’re not being overzealous.

More is NOT always better. A lot of times, less is more. So, doing an extra 10 sets in the gym is not necessarily going to get you leaner. You’re going to get leaner through your diet, through getting stronger, and through proper conditioning methods, which will involve sprinting or interval training.

Ok folks that all for today. Join in part 8 where Jason shares some great tips on meditation and his holistic transformation.