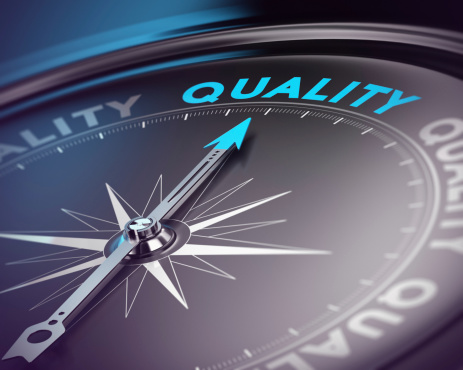 In 1983, I was a working as an editor for $35,000 per year at 60 hours per week. By accident (don’t ask), I enrolled in a personal improvement program that changed my life. As a result of that program, I decided to make “getting rich” a priority.

After going over my tax return, he said, “Congratulations on breaking through the $100,000 barrier! That’s a huge step.”

“Next stop a million,” I boasted.

“That’s crazy,” I said. “There’s a huge difference between making a hundred grand and making a million.”

“Is there?” he said. “Think about it. With the money you are making now, you can pay your bills, save for retirement, take your family out to dinner once in a while, drive a nice car, and take a vacation once or twice a year. It’s a good life.”

“What about the yachts and the sports cars and the private jets?” I asked.

“Those are just toys. When you are making millions, you can buy more expensive toys, but that won’t make your life any better.”

He was a smart guy, and I respected his opinion. But I wanted to believe that making more money would give me a richer and fuller life. And so I worked hard to make more money.

My income doubled the next year… doubled again the year after that… and continued to climb. As my income grew and my financial worries abated, opportunities to indulge my family opened up. We could live in a beautiful house. We could travel. I could buy my wife, K, expensive presents.

It felt good. It still does—I don’t deny that. But the question is: Did my life keep improving after my income passed $100,000?

And the answer is: It did—kind of and for a while.

When my income was in the $100,000-150,000 range, we were able to live in a new, ranch-style house in a middle-class neighborhood, go out to dinner once a week at a local Italian eatery, and take a nice trip every summer. It was great.

When my income reached the $250,000-350,000 range, we moved to a big, custom-built home in a fancy gated community, put our kids in private schools, bought ourselves luxury cars, and went to Europe or Hawaii once a year.

I liked living that way. I was proud of what I had achieved and eager to show off my material wealth to friends and family. It was also fun to splurge on stupidly expensive things (like booking a suite in the Hôtel George V in Paris).

But was the quality of my life better? Did the actual pleasure I got out of life increase when I was making double… quadruple… and then 40-times $100,000 per year?

In fact, I liked that middle-class neighborhood much better than I liked the gated community. Our neighbors were not only more accessible but also kinder, more considerate, and more authentic. (I’m still friends with many of them.)

And what about booking that suite at the Hôtel George V?

I’m glad I did it once. But when we go to Paris now, we stay in smaller boutique hotels. They aren’t cheap, but they’re usually less than half the price of the George V. (I’m writing this from a small hotel in New York City. Not the Ritz or the Plaza but the Broome Street Hotel, a very cool new hotel in the Village… with a manager/concierge/receptionist named Ditman who takes care of us like a doting grandson and with several pretty patios where I can smoke cigars and write essays.)

What I’m saying is this: Thirty years ago… my accountant was right.

When my income passed $100,000, I was able to spend extravagantly, and that felt good for a while. But it was mostly the ego high of finally “arriving”—the feeling of, “Holy crap! Aren’t I great?”

But ego highs don’t last. Like drugs, you need more and more to give you a lift. And ultimately they leave you feeling empty.

You remind yourself that the best things in life are free, but you’re addicted to the high you get from spending.

So you keep working and you keep spending.

You’re also addicted to increasing your income because you have equated income with success. You have to make more money to prove to yourself that you’re better than your friends and colleagues. It’s all about keeping score.

So you keep working and you keep spending.

Am I going to tell you to stop trying to make more money? Of course not. I will always help you increase your income as part of your efforts to increase your wealth.

But first, I want to make sure you never fall into the income-addiction trap.

How Much Money Do You Have to Make to Enjoy a Really Good Life?

A hundred grand back then would be worth $250,000 today. So let’s use $250,000 as our dividing line now—the “income barrier” you would have to break through today in order to enjoy the best quality of life that money can buy.

This is an income based on a family of four. For single people, couples, and one-child families, it could be lower. And it would vary somewhat depending on your location. For example, it costs a great deal more to live in New York City than it does in Boise, Idaho.

That said, $250,000 is a good target number for us to work with as an illustration of how your quality of life might change as your income rises.

For a family of four with a household income of less than $50,000, life is tough. You are renting a crappy apartment or dilapidated house, driving a car that breaks down regularly, clipping grocery coupons (if not food stamps), and accumulating debt. Debt is always a huge, omnipresent problem because—for some incomprehensible reason—credit has been extended to you.

(This, by the way, is what I knew as a child. We were a family of 10 living on a teacher’s income. We lived in a dilapidated, three-bedroom house across the street from the railroad tracks. My siblings and I wore hand-me-down clothes, got Christmas gifts from local charities, and drank powdered milk because real milk was too expensive.)

You are living in a small but decent place and driving an okay car. But you are struggling to pay your bills on time. You are trying to save money, but “emergencies” keep eating it up.

You are living in a nice house, driving a nice car, and paying your bills on time. You want to save a decent percentage of your income, but to do that you have to forgo regular dining out and nice vacations.

Things are good. Your house is not showy, but you have everything you need… and a lot of what you want. You can drive a luxury car, but you may prefer to drive something more sensible. As you move up in this income range, you can go out to dinner whenever you like and take a nice vacation every year. Debt is manageable, even minimal. You’re putting money away for the kids’ college education and for retirement. You expect to be able to retire at 65.

You’ve got it all: a nice house, luxury cars, dinners out, very nice vacations, and a growing savings account. In other words, a financially worry-free life. If you are smart with your spending, you can retire early.

You can pretty much buy whatever you want without worrying about the cost. You’re happy and comfortable—but no happier or more comfortable than when you were making $250,000.

The takeaway is this: If you’re already earning more than $250,000, relax and enjoy it! If you’re making less than $250,000, take full advantage of the advice I give you every month to help you increase your income.

I’m not opposed to budgeting, and I’m a big fan of saving. But neither of these strategies is going to change your life if you are in the under-$250,000 income group.

Forget the four-hour workweek—it’s not going to happen. To get yourself to the next income level, you have to work overtime, get a second (part-time) job, or start your own home-based business.