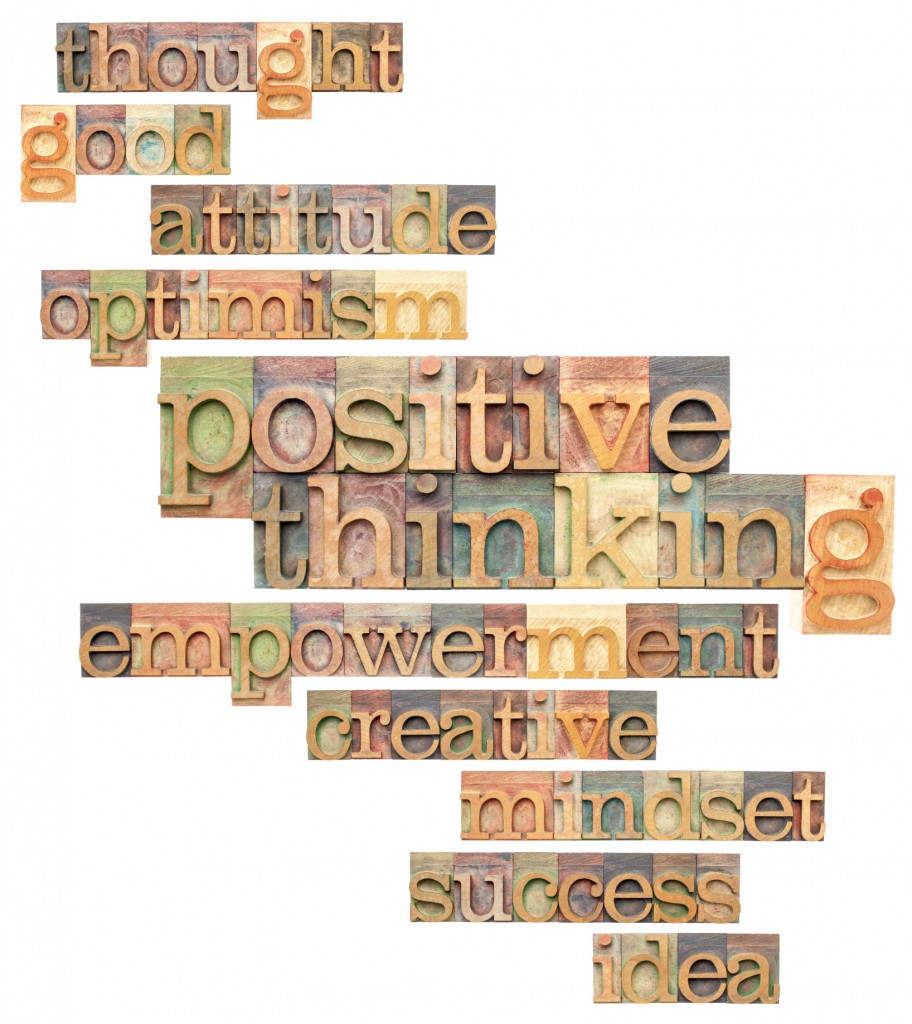 When my sons were growing up, I dreaded meeting with their teachers. I was always a tiny bit afraid that somewhere in the middle of the conversation the teacher would lean forward, grab my ear, and chastise me. This may be an irrational fear, but it is deeply seeded. It was planted many years ago at St. Agnes elementary school, and it was nurtured in middle school and high school by just about every teacher who had the misfortune of having me in his or her class.

All that said, because of my deeply seeded irrational fear, I had a negative idea of what I could accomplish early in my business career.
But that didn’t stop me.

In “The Power of Positive Thinking,” Norman Vincent Peale says that unless you have a positive attitude about yourself and your abilities, “you cannot be successful or happy.”

I believe he is half right.

Yes, you need a positive attitude to be happy. But you can be quite successful by most conventional measurements simply by applying my success formula with persistence:

My own experience proves that, by doing this, you can achieve almost anything you want in life – even if you don’t have much faith in your own abilities. And it has been proven to me dozens of times over by others – people I’ve known personally, people I’ve heard about from friends and colleagues, and even people I’ve read about.

But what if you want happiness? Or what if, in fact, happiness and equanimity are integral to your definition of success? Well, then you need to follow Peale’s advice and start thinking positive thoughts about yourself.

Lack of self-confidence, Peale said, “is one of the great problems besetting people today.” He makes reference to a survey of college students indicating that for 75 percent of them, confidence was the thing most lacking in their life.

Who could argue with that? If you’ve ever choked up in an interview, forgotten your lines in a play, blown a free throw, or been verbally stifled by a rude comment, you know too well the effect that a lack of self-confidence has on performance.

“The blows of life, the accumulation of difficulties, the multiplication of problems tend to sap energy and leave you spent and discouraged,” Peale says. In such situations, “it is easy to lose track of your abilities and powers” – but by re-appraising your personal assets, you can convince yourself that “you are less defeated than you think you are.”

As an example, Peale tells how he counseled a 52-year-old man who came to him “in great despondency.” Everything in his life, the man said, had been “swept away” by a recent business setback. “Everything I built up over a lifetime is gone.”

Peale recognized that although the man had indeed experienced a serious setback, his chief problem was the way he viewed it.

“Suppose we take a piece of paper and write down the values you have left,” he suggested. And so they did. Among other things, the list included these personal assets:

That’s not a bad list. And, if you’re feeling down, I would hope that focusing on positive personal assets like these could help you overcome the worst feelings you could possibly have about yourself.

Let me tell you a story…

About 20 years ago, I became friendly with a man, about my own age, who had all of the above mentioned assets – plus a very successful printing business, plus a significant personal fortune. He was a very charismatic guy – always good-natured, upbeat, full of good fun, and easy to like. Then, one day, his business collapsed. I don’t remember the details but, suddenly, he was bankrupt.

I heard about it soon after it happened. When I called to console him, it was too late. Sobbing, his wife told me that he had killed himself.

I couldn’t understand why he did it. He had had so many other things going for him that, in my eyes, his business and the wealth it produced was just gravy. Apparently, he didn’t see it that way.

If my friend had read Peale’s advice – and had taken it to heart – he’d be alive today and enjoying all the wonderful things he had, including the love of his wife, children, and friends. He’d also, I’m quite sure, have made back all the money he lost, plus plenty more.

[Ed. Note: Mark Morgan Ford was the creator of Early To Rise. In 2011, Mark retired from ETR and now writes the Palm Beach Letter. His advice, in our opinion, continues to get better and better with every essay, particularly in the controversial ones we have shared today. We encourage you to read everything you can that has been written by Mark.]
Posted in Careers, Family, Lifestyle, Motivation, Self-Improvement, Skill Development, Wealth, Work
This error message is only visible to WordPress admins