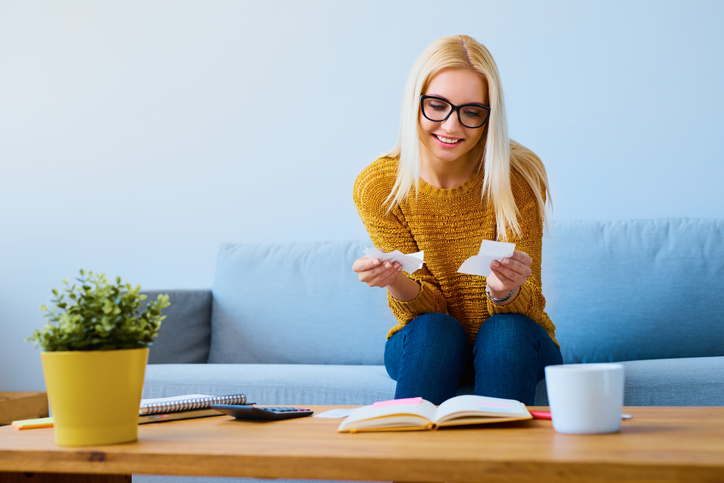 My nephew Jason was pretty excited about starting college. “Do you have any idea what you’d like to do when you graduate?” I asked.

“Something in the sciences,” he said adding, “and where I can make a lot of money.”

“Is that all?” I asked. Jason paused for a moment before replying. “Well, I just hope I can find a job I don’t hate too much.”

Time for a little auntie-to-nephew pep talk, I thought…

“You have your whole life before you,” I said, “don’t you think you should be shooting higher than just short of misery?”

Jason looked confused. “What should I be shooting for?”

It was becoming obvious I was going to have to spell it out:

By the look on my dear nephew’s face I knew he wasn’t buying it. This got me thinking about the great debate raging inside many working adults today: Money vs. Happiness.

At 41, my friend Eva is not rich, but she does earn a very good salary as a human resources manager in a federal agency. She has a closet full of clothes, owns a great house, drives a shiny new car and can afford in-home care for her two children. Last year she and her family rented a beach house for two weeks.

By all accounts, Eva should be happy, right? Wrong.

Eva works in one of those high-stress, need-it-yesterday type jobs. (Sound familiar?) Like a lot of people, she longs for the good old days. A mere decade ago, giving your employer a highly productive eight or nine hour day meant you were a dedicated employee. Give up a lunch hour once a week, come in on a Saturday once every few months and you were on a fast track to the top. How things have changed.

For Eva, career advancement isn’t even on the agenda. Instead, she’s just trying to stay afloat in the rising workflow rapids. Employees are expected to arrive before 8 a.m., work through lunch and often through dinner. On those rare occasions when she needs to leave by 6 p.m., Eva feels compelled to apologize for having to “skip out early.”

Then there’s personal time – what’s left of it that is. Tethered to her job by technology and the new “ever available” work ethic, Eva is expected to pick up voice and email messages from home, put in time on the weekends and check into the office during vacation. To say that Eva is unhappy would be an understatement.

Oh, but did I mention she makes a great salary?

If you have trouble balancing work and personal time, start learning new tools to achieve BOTH by reading a free copy of The Perfect Day Formula. 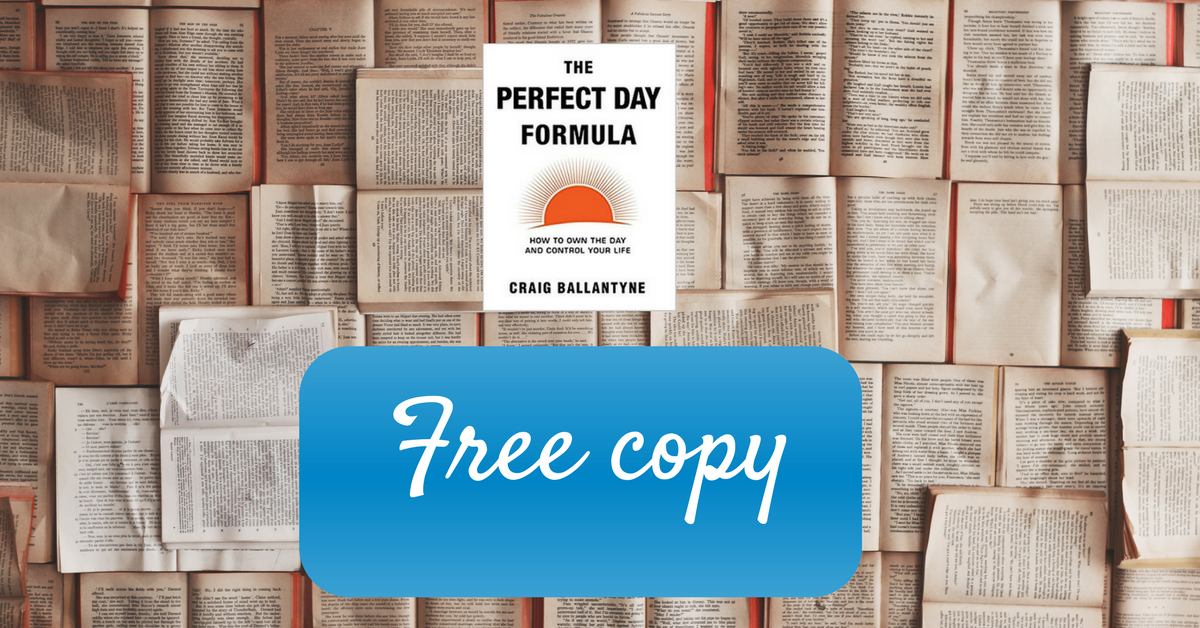 Why There Is More To It

No one in his or her right mind sets out to be miserably well off. Quite the contrary. If we are to believe the advertising industry, money, and all the goods and services it can buy, is precisely what it takes to achieve that elusive state of “happiness.”

So earn and spend we do. But are we any happier?

Not according to Your Money or Your Life authors Joe Dominguez and Vicki Robin. The authors asked over 1,000 people from the United States and Canada to rate themselves on a happiness scale of 1 (miserable) to 5 (joyous), with 3 being “can’t complain.”

Even Dominguez and Robin were surprised to find there to be no correlation what so ever between income and happiness. In fact, people earning between $0 – 1,000 a month reported being slightly happier than those whose monthly income exceeded $4,000.

Even though we own more than our parent’s generation, the percentage of Americans describing themselves as “very happy” peaked in 1957. Since then it has remained fairly stable or declined. This, despite the fact that American’s consume twice as much as they did in the 1950s, when the average size of a house was about the same as many two-car garages today.

What about you: Does your income far exceed your level of bliss? If so, you may be suffering from a case of “Affluenza?” Producers of the PBS television program by the same name, describe the disease as:

Doug Ellis did. While he was in the corporate world, Doug had a better than average income. The fact that he had retirement vesting and other so called “golden handcuffs” made it tough to think about leaving. In the back of his mind, though, he knew money was only part of the happiness equation.

As his fifth year rolled around, Doug began to question whether being constantly “stressed and squeezed by the pressures of middle management” was worth it. As Doug explained it: “There are a lot of pressures forcing you to conform to a Dilbertesque existence. Eventually you either leave the cube farm, or hunker down in your cube and become an occupational veal calf.”

For Doug, the choice was hard, but clear. He handed in his notice, packed up, moved to a small town in Colorado and never looked back. Surrounded by mountains, Doug now walks to his new job as a writer for a small software company. “Life is short,” he says, adding “…one of the saddest things that can happen in pursuit of making a living is enslaving yourself to your boss’s dream, or giving up your own dream out of fatigue and fear. No paycheck, no matter how steady and fat, is worth it.”

SUGGESTED: How I Wasted My Money But Regained My Happiness

Since the Choice is Yours, Here’s How To Avoid Misery

Well, where do you come down on the great debate? Is that paycheck worth the sacrifices? If you are leaning toward the happiness camp, you’re not alone. In a survey of 1,000 workers conducted by Robert Half International, two-thirds said they would willingly trade pay for more free time. For many, making a living is starting to take a back seat to having a life.

Is the thought of earning less money scary? You bet. That’s why I stayed in my own high-stress job for as long as I did. Then, without warning, my mother died of heart attack. She was five months away from retirement.

It was only then that I understood that predictability is a double-edged sword. Financial security wasn’t the only thing I could count on. If I didn’t take control of my life, I was destined to remain miserably well off.

Walking away from a good job with good benefits was risky. To me though, the real risk is that of looking back at my life twenty years down the road and knowing, that I was miserable, but I at least I had a good dental plan. End of debate.

What are your thoughts on the money versus happiness debate? Can you have both?

"Profiting From Your Passions®" expert Valerie Young abandoned her corporate cubicle to become the Dreamer in Residence at ChangingCourse.com offering resources to help you discover your life mission and live it. Her career change tips have been cited in Kiplinger's, The Wall Street Journal, USA Today Weekend, Woman's Day, and elsewhere and on-line at MSN, CareerBuilder, and iVillage.com. An expert on the Impostor Syndrome, Valerie has spoken on the topic of How to Feel as Bright and Capable as Everyone Seems to Think You Are to such diverse organizations as Daimler Chrysler, Bristol-Meyers Squibb, Harvard, and American Women in Radio and Television.