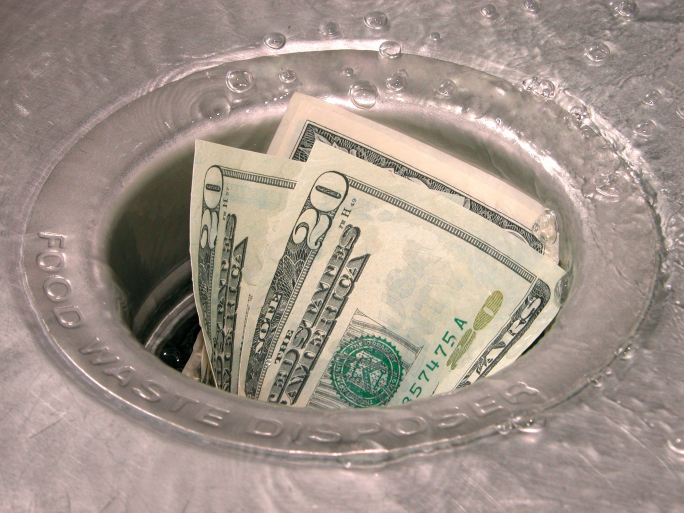 When I was 25 years old, I joined the Big Brothers program. If you’ve ever gone through the application process, you know that it involves a series of referral letters from friends, family, and employers.

I asked my mother to fill out one of the applications. Months later, as we discussed how my time with my new Littler Brother was going, she asked me, “Do you know what I wrote down on the application form in response to their question about your biggest flaw?”

“No,” I replied, somewhat dreading what she was about to share with me.

“I said that you were really impatient.”

I’ve always wanted today what I knew that I had to wait until tomorrow to achieve. Nothing ever came fast enough for me.

Unfortunately, impatience plus ambition can get people into a lot of trouble.

For me, it led to a big mistake that I made several years ago. At the time my Turbulence Training fitness business had taken off, and it had matured to the point where I needed some outside help to take it to the next level.

After enlisting in a series of mastermind and coaching groups, I began expanding my network. Through a friend of a friend, I was introduced to a business advisory firm that convinced me to rush ahead on an ill-planned project.

It all began innocently enough. After getting some helpful assistance from the firm on protecting my intellectual property related to Turbulence Training, we started a series of phone coaching sessions. With each phone call, they started pitching me on creating a Turbulence Training franchise, and the next thing you know I found myself “sold” into a project I had no interest in doing in the first place.

As a result, I chased this poorly chosen dream of creating a franchise, even though I myself was bewildered at how it would even work. But I was impatient for success. I wanted to accelerate the number of people I was able to help so that I could achieve my 1 Million Transformation Mission well ahead of my goal.

Over the next six months I sunk a lot of money into a project I never wanted to do. I should have known better. From day one, it never felt right. But my fatal flaw had been exposed.

Looking back, it’s amazing I let it go so wrong. But there are a few obvious reasons why it went sour.

It sounds cliché, but it’s the truth. I knew I didn’t want to do this project, but the leaders at the firm were excellent salesmen and hooked me in. I immediately had buyer’s remorse, but each time I brought it up they sold me again. I was the stereotypical naïve, ambitious (and impatient) youngster, looking for overnight success. And I deserved to pay every penny that I did for this painful lesson.

Another one of the big mistakes I made was something I tell my coaching clients to avoid all the time.

I forgot to ask my clients what THEY wanted, and instead I tried forcing a product on them, even though they didn’t want or need it.

The franchise nightmare started in October, and kept me so stressed out over Christmas that it ruined my holidays. Finally, I made my “stand” against it in February, all thanks to my friend at that time, Matt Smith (this was years before we would become business partners).

While we were both in Washington, D.C. at Yanik Silver’s Underground Online Seminar, I sat down with Matt (we had first met in Yanik’s Mastermind Group), and he knew I wasn’t happy with this project. After a long conversation, he convinced me to walk away from it.

(As I look back and describe it to you today, I feel so utterly foolish. I bought into a fantasy, falling for it, hook, line, and sinker. Never again. I’ve learned my lesson from the School of Hard Knocks.)

I made up my mind right there to quit the project. It was one of the best decisions I ever made. There was no value in continuing to throw good money after bad.

The next day I got on the phone, called the lawyers, told them I was out. I accepted my losses, counted my blessings that it wasn’t worse, and felt as if the weight of the world was lifted from my shoulders. I literally felt like I just got my freedom back, as if I just got out of jail (not that I know what getting out of jail feels like, but still, I can imagine).

That leads us to a lesson about happiness.

Today, each day feels like it is the Best Day Ever for me. I wake up and get to follow my own schedule. I create content that helps out hundreds of thousands of individuals through our daily newsletters. I wish that I could repeat each day over and over again, as if I were Bill Murray in the movie, “Groundhog Day”.

I am lucky to have learned that painful lesson so that I could fix my misery and regain my happiness. I’m lucky that I was taught a reminder about my fatal flaws so that I could put checks and balances in place to make sure that I never get fooled again.

That painful lesson has, in the end, made me very happy.

Back at the seminar where Matt and I had the life-changing discussion, it just so happened that Yanik had arranged for Tony Hsieh to be the keynote speaker of the event. Tony, famous for being the customer-centric CEO of online shoe retailer, Zappos.com, spoke at length about what makes his employees, and people in general, happy.

He shared the following four factors that make up the basis of happiness.

And as I reflect upon everything I had went through in the six months prior, I noticed myself agreeing strongly with each point that Tony made.

My unwise idea to impatiently pursue success in an area where I wasn’t an expert caused me to lose control. Each morning I’d wake up and felt as though no progress was being made, and worse, that my business was regressing (and in fact, it was losing money at the time).

Fortunately, I maintained my connection to other people and my vision of achieving something bigger (the one million transformations of men and women all over the world). It was through the latter factors of happiness that I was able to recover the former.

And so that brings me to you.

Do you have the four factors of basic happiness in place in your life?

You’ll notice that not one of them is “making a lot money” or “having the fanciest things”. Instead, it’s about control, progress, connections, and being part of something bigger than yourself.

Where do you stand with those four factors?

If you aren’t happy, what are you waiting for? Make some changes in your life starting today.

What can you do to increase your happiness? Let us know how ETR can help!

[Ed Note: Craig Ballantyne is the editor of Early to Rise (Join him on Facebook here) and author of Financial Independence Monthly and Turbulence Training. He is also the co-creator of the Early to Rise $100,000 Transformation Contest. Though this round of the Transformation Contest has closed it’s not too late to get access to all the helpful tools and advice that has helped many people make a positive change in their lives. Get started on your major life transformations today.]
Posted in Careers, Entrepreneur, Self-Improvement, Skill Development
This error message is only visible to WordPress admins