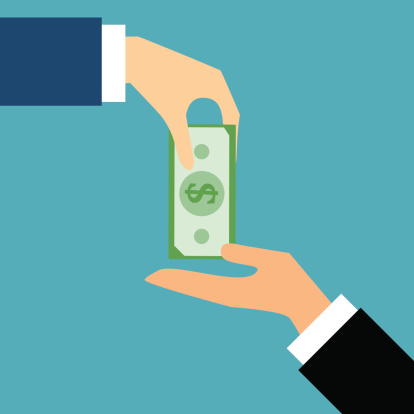 I was fiddling around with my calculator the other day, and I discovered something pretty amazing…

I just turned 50, and after a lifetime of free spending and not nearly enough saving, I decided I was going to do whatever I could to make $500,000 a year. That way, I could put a few hundred grand away for the next few years and have a million dollars to fall back on by the time I was 55.

So I got out my calculator in an attempt to figure out exactly how I was going to do it.

That’s when I stumbled on it.

At first, I didn’t believe what the numbers were telling me. So I went back and did it a couple of times – just to make sure what I’d figured out was really true. And every time, it revealed the same startling (and inspirational) fact.

I’m going to tell you what I discovered in a moment – because there may be a chance it could help you make a million or two in the coming years as well. But first, let me back up a bit.

I’m a professional copywriter. I have been ever since Michael Masterson took me under his wing 14 years ago and, as he’s done for many, helped me master this amazing skill.

SUGGESTED: Copywriting The New Way Vs. The Old Way

As a regular ETR reader, you’ve no doubt learned about what a liberating and lucrative career copywriting can be. Michael has written often about this financially valuable skill because (a) there’s such a huge demand for it, (b) it pays very well, (c) anyone from any background who loves to write can do it, and (d) it can reward you now and well into your retirement years. In other words, it’s the skill that just keeps on giving.

Because as a copywriter, you’re fulfilling a tremendous need for tens of thousands of companies that market their products through the mail and online. “Direct-response marketing,” it’s called. It’s a $2 trillion business – and copywriters are its lifeblood.

What do copywriters write about? You name it…

You’ve gotten lots of e-mails from ETR offering you books, guides, programs, income opportunities, investment newsletters, conferences, and so on. You’ve probably received mail from fundraising organizations and political campaigns… catalogue companies… credit card companies… and insurance companies. Here on my desk, I have sales letters that companies have sent me for fruit baskets, magazine subscriptions, cookbooks, steak and seafood, accounting services, correspondence courses, some kind of golf training system, and more… All written by copywriters – who get a fee for writing the letter in the first place, then very often a bonus (or royalty, as we like to call it) if the letter works particularly well.

But here’s the thing that’s plagued our business forever:

There just aren’t enough good copywriters to handle all the work that’s out there!

I know what you’re wondering. If the job pays so well – and there’s all this work – why aren’t there tons of people clamoring to do it? You know, the old rule of supply and demand.

The fact is, very few people know it exists. (I know this to be true, because when I tell people what I do, they haven’t a clue. Even after they’ve asked a hundred questions, they still don’t know what I do!)

There are no schools that teach “copywriting.” You can take advertising and marketing programs in college, but I’ve yet to find a college course that teaches how to write a proper direct-response letter. For years, the only way to learn this skill was to know someone who’d done it or was in the business – have them take you under their wing and teach you the ropes.

In fact, it was because there was no place to learn how to write these letter – and such a huge demand for them – that a few of us started up American Writers and Artists Inc. (AWAI) and (with Michael’s help and support) put together a comprehensive, home-based training program that today remains the best one you’ll ever find.

Still, despite our success with this program -and the tremendous satisfaction of watching so many people take the program… go on to leave mind-numbing jobs, lousy pay, crabby bosses, grinding commutes… and earn six-figure incomes while writing from the comfort of their own homes – I’ve continued to make my living as a copywriter.

And now that I’ve hit the age of 50, I’m starting to think about retiring.

I’ve made a lot of money over the years. But, as I said, I’ve also done an awful lot of spending… and not much in the way of saving. That’s why I decided I wanted to make a lot of money this year. So I picked a number.

That number? $500,000. (That’s another beauty of copywriting. Once you learn the skill, you can make as much as you need or want. It’s just a matter of how much and how hard you want to work.)

Now that may seem like a big number, but really it’s not. In recent years, I’ve averaged around $300,000 a year – and, ask anyone who knows me well, I could be working a lot more.

I got out my trusty calculator and started messing around.

And that’s when I discovered the amazing thing that made me sit down and write to you today.

How can writing a measly two pages a day turn into half a million in income? I’ll show you.

The sales letters I write are usually about 20 pages long. (I write for the financial publishing industry, so their offers tend to be longer than, say, the typical credit card offer you get in the mail.)

Here’s how the numbers unfold:

Divide 500 pages of copy by 20 pages, which is the average length of one of my letters.

You wind up with 25 letters.

Royalties, as you recall, are the “bonus dollars” copywriters are paid when a letter they wrote is sent out and it’s a success. And these royalties can really add up. Of course, not every letter’s a hit. But I’ve written letters that have mailed over and over again, adding up to hundreds of thousands in added income.

So I went back over the past few years and figured out what my average royalty was on all the letters I’ve written.

And that includes those letters that I now pretend I didn’t write… the ones that didn’t do so well in the mail.

All from making a solemn commitment to myself to write two pages a day!

Now do you see why we copywriters call this “the best job in the world”?

But here’s the thing…

Not everyone’s cut out to be a copywriter. (Try applying The #1 Rule to Copywriting Success) Some people don’t like to write. Others don’t like to work from home (which is what most copywriters do). They prefer the dynamics of an office, the camaraderie and so on.

But a lot of people do like to write…

And the very idea of being able to say “goodbye” to a vapid job, work from the comfort of their own home, live anywhere they want, choose their own hours, and know that once they learn this “high demand” skill they’ll never have to worry about money again…

Well, a lot of people see copywriting as the way to a better, more fulfilling, and in control life.

Maybe it’s time you gave it a shot.

And this is a great time to do it. AWAI just put their industry-famous Accelerated Program for Six-Figure Program “online” – which means (a) they were able to lower the price, because there’s no printing, packaging, or shipping to pay for, and (b) you can get started on the program with the click of a mouse, just as soon as your order is processed.

Plus, there’s a special price this week exclusively for ETR readers.

And, finally, there’s no risk to you. Take 30 days to go through the program. If it’s not for you, a simple e-mail gets you an instant refund of anything you paid.

If you’re at all interested, you can find out more here.

Heck, now that I see how easy it is to do… I’m eager to give it a try. After all, it’s a measly two pages a day!

Then again, I do value my free time… and $300K doesn’t make for a bad year either!

Posted in Articles, Skill Development, Wealth and tagged $500K, Copywriting
This error message is only visible to WordPress admins