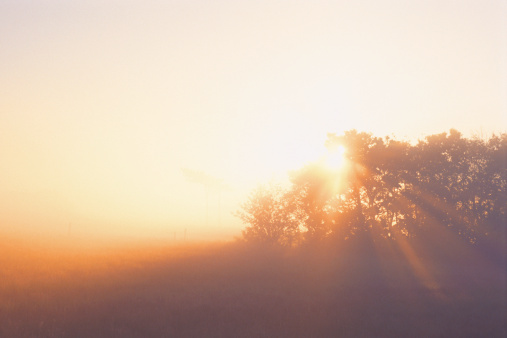 Watching Denzel Washington in his latest movie, The Equalizer, was like watching myself on screen. His character, Robert McCall, rises early, is never late, drinks a lot of tea, makes protein-packed blender drinks, and even arranges his cutlery at a right angle when eating.

I’ll admit it. I have a few quirks in my daily routine. I start my day wearing the same old sweatshirt, drinking a peppermint tea, listening to classical music, and neatly arranging my books, pens, and notes at right angles on the corners of my desk. This ritual must be followed before I can settle in to write these ETR essays. It signals my brain that it is time to start my 3-hour workday. Yes, just 3-hours. I’ll explain why in a moment…

But first, let’s talk more about the power of rituals. John Carlton, an ETR contributor who makes claim to being “the most ripped-off copywriter on the Web”, once told me that he walks around his desk before sitting down to write, just as my dog spins in a circle before laying down to rest. Carlton’s ritual relays to his brain that it’s time to switch into work mode.

Having rituals that signal the start and end of your workday are ideas worth borrowing. Developing a routine will allow you to get an incredible amount of creative work done in a short amount of time.

In one of my favorite books, Daily Rituals, author Mason Currey chronicles the productivity routines of the greatest thinkers, authors, painters, playwrights, and composers of the past 300 years.

Almost every author writes every day without fail, even holidays.

For most of us, the early morning hours are magical. This is when we have the strength to overcome temptation, and when there will be fewer distractions in our days.

Psychologist B.F. Skinner wrote every morning for 90 minutes immediately after breakfast but before seeing patients. He plotted his writing output on a chart for decades, always pushing to do more in his magic time.

It is not just authors of the pre-Internet era that started their days with disciplined routines and near obsessive behavior to aid productivity. Contemporary writers such as Nicholson Baker and Haruki Murakami are up early, sticking to what seems to be a bland routine, but getting so much accomplished as a result.

“I like the feeling of getting up really early (4:30am),” Baker says, “The mind is newly cleansed but it’s also befuddled and you’re still just plain sleepy. I found that I wrote differently then.”

Murakami, a former jazz club owner who once smoked 60 cigarettes per day in his early writing career, moved to the countryside with his wife, took up healthy habits, runs every day instead of smoking, and focuses his relationship building on that with his readers. Said Murakami in an interview with The Paris Review, “”I keep to this routine every day without variation. The repetition itself becomes the important thing; it’s a form of mesmerism. I mesmerize myself to reach a deeper state of mind.”

Having a morning ritual supports what I call, “Magic Time”. This is the time of day when you are three to five times more productive than you would be at any other hour. For me, it is first thing in the morning.

But I also accept the fact that genuine night owls exist, and I agree with author Anne Beatty who said, “”I really believe in day people and night people. My favorite hours are from 12am to 3am for writing.”

She is not alone in history. Great authors and artists that worked through their evenings and even until the sun came up include Samuel Beckett, Pablo Picasso, Marcel Proust, and Franz Kafka.

However, true night owls are few and far between, and many can be rehabilitated to see the virtue of working early in the morning.

Neil Strauss, a former NY Times rock music critic and multiple NY Times best selling author, began his career sticking to a late night schedule while composing his books and reviews on bands like Motley Crue. Strauss assumed that he could not be like Ben Franklin, early to rise and write. But after committing to an experimental schedule that saw him writing early in the morning, Strauss was surprised to find he was as productive as ever, if not more so.

There are difficulties with relying on a nighttime habit of creativity. First of all, there are too many temptations. Your willpower has been drawn down from the chaos of the day. I urge you to give a morning routine a test. I’m willing to bet that like Strauss, you will be pleasantly surprised with your success.

Baker recommends slight changes to your routine to keep your day novel and to spark creativity.

I’ve taken Baker’s advice and made some small changes to the routine I shared with you in the past. I still wake up early, at 4am, and go immediately to work on my number one writing project (after petting the dog to ease his anxiety). After an hour, there is a quick standing break where I get more water and write my daily Thank You note to a team member, business partner, or reader, and then it’s back to writing for another hour.

My early morning routine finishes with fifteen minutes of writing in my Big Idea journal (James Altucher explains the Big Idea exercise here) and I review my daily documents (tips gathered from mentors over the years).

At this point I could stop working for the day and grow old comfortably with the wealth that these three hours have built. I could take the rest of the day off and live a life of leisure. This structure has given me incredible freedom. But I don’t stop.

Similar to American author, Toni Morrison, I hold the morning’s first light as a special, almost religious experience. But unlike Toni, who uses sunrise as her ritual signal to start work, I prefer to meditate as the sun rises. Then,rain, shine, sleet or snow, I head outside with the dog for a 20-minute walk around before the neighbors are up.

After the dog walk, my exercise, and breakfast, I start my second short shift of writing, working on easier to create projects, like new workouts and articles for my fitness business, Turbulence Training. Many authors throughout the course of history, from Charles Darwin to Stephen King, did the hardest writing first thing in the morning, and then moved to easier work, such as answering letters or dealing with their publishers in the afternoon. My workday concludes with a light lunch after which I might check my work email or do phone interviews.

Doggy duty (and doody) calls again at 4pm. We retrace the morning route, but this time we share the sidewalk with schoolchildren and their parents. When we return, ol’ Bally the Dog eats his dinner in the garage while I read the local paper, and then we head inside to get cleaned up. A few nights per week I’ll head out to meet friends while on other nights I’ll enjoy a home-cooked meal and sit by the fireplace reading (currently Taleb’s Antifragile).

Great results come from an effective routine, no matter if you are on Team 4:30am with Baker and Ballantyne or Team Late Night with Beatty, Beckett, Picasso, Proust, and Kafka.

Either way, you must be structured, for that is the best daily routine.

And if you are, you will be free.

“We’re far more likely to accomplish what we schedule,” writes Tony Schwartz, co-author of The Power of Full Engagement, “Rituals are behaviors that become automatic so that we no longer have to think about doing them. Doing the most important thing first in the morning is one of mine.”

I encourage you to add more structure to your day. Randomness works poorly. The world’s greatest authors, thinkers, composers, and painters have recognized this for centuries.

“Discipline and freedom are not mutually exclusive but mutually dependent because otherwise, you’d sink into chaos,” said Paulo Coelho, author of The Alchemist, “Freedom is not the absence of commitments, but the ability to choose – and commit myself to – what is best for me.”

Know what is right for you. Identify your magic time. Ruthlessly protect it. Set up the routines that bring forth your best.

B.F. Skinner followed his morning magic time routine seven days a week, holidays included, for decades, all the way up until only a few days before his death, at the age of 86, in 1990. His work lives on.

Will the time you spend, the work you do, the legacy you build, the family values you nurture, live on?

Take 30 minutes this weekend and analyze your day. Plot a routine. Spend a day on this scheme. Be productive and leave your enduring legacy.