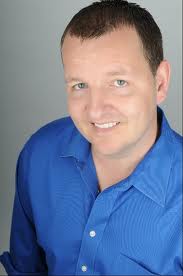 Alwyn Cosgrove, owner of Results Fitness in California, has been twice named one of America’s Top Gyms by Men’s Health magazine.

Over the next few days, this fitness expert will share with us his training philosophies on fat loss and nutrition.

The last time we had John Romaniello.  This time we have someone who’s equally as entertaining, Alwyn Cosgrove.  So Alwyn, welcome to the call.

Alwyn Cosgrove: Thanks for having me, Craig.

Craig Ballantyne: It’s awesome to have you.  Always good to have you, and people are always looking forward to more interviews with you.  So let’s start with a real tough question.  What did you learn about training in 2011?

Craig Ballantyne: I know it’s a good one.  I ask good questions.

Alwyn Cosgrove: You do ask good questions.  You told me we would just talk about soccer and beers.

Craig Ballantyne: I fooled you.  We’ll talk about boxing too, because I think you have some opinions on what –

Alwyn Cosgrove: Here’s the thing.  And it was probably through some of my meetings.  I speak and I perform too, as a lot of people know, so I get to hang out with cool people like Mike Boyle and Todd Durkin and Gray Cook quite a bit throughout the year.

So an easy example is a bottoms up kettlebell press.  Once your core goes or your glute contraction goes or your grip strength goes there’s immediate feedback on that.  And this came out of work from the guy who wrote “Born to Run”, Chris McDougall I think.

He said that running was originally a self-limiting exercise.  That we ran and then our feet would hurt if our technique was off, or if it hurt our joints too much we’d limit the volume.  He was a barefoot running guy.  But rather than just use that technique to gradually improve our fitness, we try to circumvent that by using padded soles, padded training shoes, and hence the fat sole.  And we have circumvented that feedback loop, so you can run further.  And it’s actually not been beneficial because you can now run with bad form, and you can run and get injured if you overuse it.

So the way I think, Craig, is how can I take this, how can I take what a restaurant is doing and use that for marketing for my business?  How can I take something I see online or offline and flip it and use it in other respects?  I started thinking about could we use this with our general fitness clients in some way.

And so what we started doing at Results Fitness is a lot of our fat loss exercise selection are based on self-limiting exercises, such as pushing the sled, the ropes.  Whereas the immediate feedback of whether you’re doing it – you can’t do it wrong.  You can’t push the sled wrong.  It just stops.

You can’t really do the ropes wrong, the battling ropes.  And I think that goblet squats, they have such feedback.  A lot of the suspension training that I teach, the TRX doing pushups and rows, there’s immediate feedback when you’ve lost form.  You can’t stabilize. And when I look back I think that was some of the benefits of the original stability ball training.  When people were using stability balls it was self-limiting.  You couldn’t mess it up.  And then people get carried away with it and start using it for squats.

The thing that I’ve learned is that maybe – this is my long way of explaining it – maybe sets and reps, and that type of programming, is an obsolete measure, because now I can take that deconditioned fat loss person and I can work them to the absolute limit metabolically with self-limiting exercises, without the pounding of traditional cardio and without joint injury of just doing high rep circuits.  These exercises have this built in, like a spell check is the best phrase I can do.  It automatically corrects you.  I’m exploring that a little bit more, but that was the biggest sort of breakthrough in our training.

Aside from that, some stuff we also talk about.  The original idea of metabolic resistance training was to use weight training as a fat loss or a cardio tool.  And originally people would do heavy strength work and cardio.  And then you and I sort of were always talking about this is all in the middle of metabolic resistance training.  And that’s what we did for a while.

I think now that within that we still have to have a heavy component and a lighter component.  So there’s still a little bit of a heavy emphasis and a lighter emphasis within that.  And we’re getting good results with that.  But the big one was the self-limiting exercise and how we were using that.

Craig Ballantyne: I think people would be interested in hearing how you set up the training with your clients.  I know we talked about this for our certified trainers but not for our general audience.  And it inspired me to do the May Turbulence Training MRT program because we have the heavy Monday and then we did more of a conditioning – I call it MCT, metabolic conditioning training – on Tuesday.  Then a day off.  Then a repeat of the heavy and then the conditioning one.

How do you guys actually do it in your facility?  You explained it to me last November why you guys did this when I was down to see you.  But you can just explain why you guys decided to throw in the group classes as well.

Alwyn Cosgrove: The big thing was is I don’t think there’s anyone listening who can point and doubt the superiority of interval training in terms of a fat loss agent.  So with our general fitness and fat loss clients we always use strength training as the cornerstone of our program.   I think it’s the best use of your time.

When you look at Christopher Scott’s work and you start looking at the actual workout is burned.  It’s way higher than any type of cardio training.  You can’t do that four or five days in a row.  It’s hard to do that.  And that’s kind of how they split routine when bodybuilding came in.  And I think we lost our way, the general fitness truths in that model.  So our people perform two full body training sessions a week and one to two interval training sessions.

What I was finding is that at some level, especially for someone who’s not lean yet, interval training can carry a big job.  Running a mile, I believe the statistics are 1,500 repetitions for a mile.  So it’s 1,500 plyometrics will force you to – I’ve always said three to five.  The last thought I read said it was between two and seven, depending on mechanics.  Regardless, it’s a lot of pounding on the joints purely to burn calories and elevate metabolism.

So we started looking at how can we do this with non-traditional exercises.  So we started doing things like bodyweight circuits and lunges and dumbbell stuff.  And I thought we would get close results.  We actually get better results.  But then we ran into a problem that you’re finishing a heavy strength workout on a Monday, and you’re coming in and doing intervals maybe on a Tuesday and you’re kind of slow from the first workout.

So we couldn’t just do the same stuff.  So we had to do essentially a same type of a workout with short rest periods, sort of longer sets.  So we’ve got the same metabolic stimulus, but using a lighter load.  So you may squat with weight on a Monday.  You may do lunges this week.  And you may do kettlebell swings, which are a high intensity exercise.

But I think the heaviest kettlebell that our clients are using is maybe a 50-pounder for that type of work.  If you think about it as a continuum, that a heavy one rep max for any exercise is a hundred percent neuro, and cardio is a hundred percent metabolic.  There are things in between like pushing the sled or hill sprints, which are heavier than jogging on pure cardio but they’re not heavy enough to be pure strength.

So we found that the best formula of interval training was to do a metabolic circuit.

And I think the obvious choice is that you’ll do your heavier weight training and then you do that interval training, start with just bodyweight stuff and maybe some things like ropes and stuff to mix it up.  It’s one of those things that we try it.  And we have an idea of what we think will happen.  And then it works way better than we were expecting.  So now that’s sort of a formula.

So really at our facility – we have an endurance team who competes at half marathons and triathlons and marathons.  But anyone outside of them, we really don’t do any traditional running-based cardio at all.  With some of the kids, with some of the athletes for some agility work maybe.  But in general I think it’s sort of an obsolete style of training when your goal is the cardio and just burning calories.  And I think people could take it and say, “Well, it’s too hard to recover from.”  That’s your ego.

You’re going too heavy.  It shouldn’t be too hard to recover from.  It should be hard, but it should be metabolically hard.  You shouldn’t be doing heavy stuff.  So that works pretty well.  So that sort of AB approach to training, where maybe you have a couple of heavier days and a couple of lighter days, works well.  And if you have a fourth day we’ll do some lighter cardio and some regeneration.

So if you can train six days a week you’d have two heavy days and two more metabolic days.  And then I put in two, what we call, regeneration days which would be maybe some lighter cardio, stretching, foam rolling, stuff like that.  Which it’s super important for people to do, but I understand the time challenges for people today.  It’s hard for someone to commit to extra recovery workouts and coming to the gym for them.  So it falls in later.

Speaking of later… join us tomorrow, in part 2, where Alwyn explains the importance of flexibility and how to incorporate foam rolling into your exercise routine.