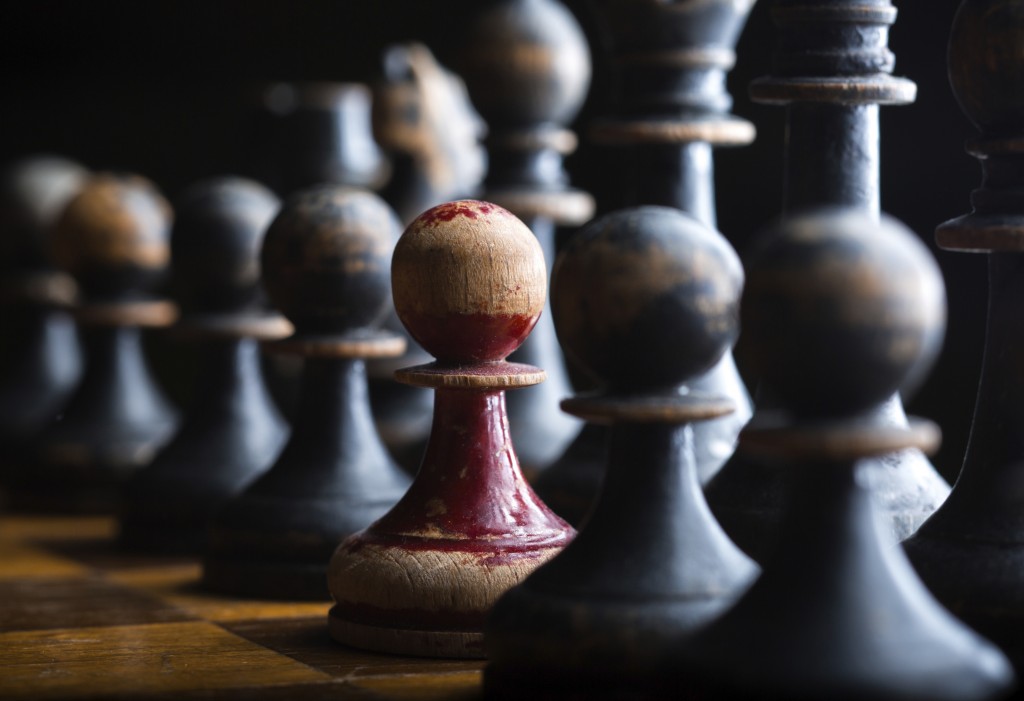 As a wise man once said, “I have been up against tough competition all my life. I wouldn’t know how to get along without it.

I’m competitive by nature. Always have been. Always will be. It’s just part of my DNA.

From as early as I can remember I’ve been blessed with a never-say-die fighting spirit that’s enabled me to beat the competition and lead companies from start-up to multi-million dollar endeavors. It’s part of my inner core. It’s part of who I am.

I thrive on it. It energizes me. It inspires me. Competition empowers the world to be the best it can be.

Competition is part of the human spirit and is a vital aspect of all of our lives. Whether in business, sport, politics, entertainment, and industry—you name it—competition drives motivation and innovation.

Competition makes you work smarter and harder. You never know when someone is going to build a better mousetrap, but you better be ready to step up your game when that happens.

Or, better yet, build your own better mousetrap first. The danger of not watching and beating the competition could well be the demise of your business.

As Andrew Carnegie said, “…while the law of competition may be sometimes hard for the individual, it is best for the race, because it ensures the survival of the fittest in every department.”

Let me give you some examples of competitive endeavors that have disrupted entire industries in recent years.

The taxi industry, for one, was shaken when Uber launched and rapidly built its mobile app business connecting passengers with drivers of high-end vehicles. But then other entrepreneurs spotted an opportunity to compete with Uber by offering ride-sharing services such as Lyft and Sidecar. Uber’s response was to provide similar services to these companies and is now battling it out with them as much as it is battling with the traditional taxis.

Of course, the need for traditional taxis isn’t going to go away. Neither is Uber which—just four years after its creation—is now valued at billions of dollars. And Lyft, by the way, is also not going anywhere (except up!) when you consider that the company recently raised $250 million for expansion.

In the world of traditional bookstores there was a slugfest for years between Barnes & Noble and Borders until the latter company went out of business in 2011. At its height Borders had nearly 700 stores and almost 20,000 employees. Barnes & Noble currently has 689 stores (down from its 2008 peak of 726) and aims to cut down to just 450-500 in the next decade. The biggest winner? The company both of these brick-and-mortar giants should have been watching more closely—Amazon.

Similarly, office supply veterans have experience a competitive rollercoaster. Back in 1987, when Office Depot was on the market, executives from Staples checked it out and reported that their rival was not going to make it and was not worth acquiring. Office Depot went on to become the bigger company—for a while.

Both companies, however, have the unfortunate distinction of recently being listed among retailers closing the most stores. Both companies used to have the advantage of convenience presenting so many items all under one roof at a local location. But online purchasing and 24-hour delivery has wiped out that advantage. So while Office Depot’s recent quarterly sales were about $3.5 billion and Staples was a shade under $6 billion, Amazon (the goliath) sold more than $25 billion.

Don’t take them for granted

I’ve heard people say that they have such a unique product that they have no competition. While there’s a chance that statement may be true today—it’s not going to be true tomorrow. Someone will be inspired by what you’ve created and quite probably develop a product that leaves yours in the dust. It has happened. So, never become complacent. That’s the death knell for any business. Never take your competition for granted. There will always be new competitors with new ideas.

Learn from their mistakes

While it’s important to never lose sight of your competitors so you can react positively if they begin to out-develop you, it’s equally important to watch what they do wrong. They will undoubtedly make mistakes, so learn from them and act accordingly.

Don’t be a copycat

It’s not going to get you very far if all you do is totally imitate your competitor’s innovation. You need to go a step beyond. Be inspired. Be motivated. Use their breakthrough as a model upon which you can make distinct improvements.

Every major company spends a fortune on research and development. And a good part of that budget goes into monitoring their competitors’ moves. Look at it the way major sports coaches and athletes do. They spend hours scrutinizing video of opponents’ games seeking out an advantage. Put the same amount of effort into evaluating your competition.

Without competition, the human race would probably still be stuck in the Stone Age. Without the artists of the Renaissance competing with each other—and inspiring each other—where would the world of art be? Without the space race we wouldn’t have landed on the moon or have the satellite technology that has enhanced our lives in so many ways. Competition makes us creative and brings out the best in us.

Competition makes you want to be on top; to be first; to be the leader. You persevere until you get to that exalted position. If you’re toppled from your perch (for whatever reason) your inner life force tells you to start all over again until you get back on top. That’s the nature of someone like me who is competitive. You have no choice. It defines your very being.

Bottom line: The winner in competitive battles between companies is almost always the consumer. The end result is usually more choices, better pricing, better quality. Usually, the leader is forced to reevaluate and step up its game.

[Ed Note: At the age of 16, Gurbaksh dropped out of high school to pursue his dream as an entrepreneur and started his first company, ClickAgents. Eighteen months later, he sold it for $40 million to ValueClick. Since then Gurbaksh has founded three more multi-million dollar companies and is currently the founder of BeProud Foundation – an organization designed to create awareness campaigns to stop hate crimes. For more information on Gurbaksh, please visit: http://www.chahal.com/]