What are some notable workout differences between men and women in the gym?  How does each respond to new, technically difficult exercises, and how should the design of a workout differ for each gender?

In last day’s interview excerpt, Jason Ferruggia of The Renegade Gym in New Jersey, used the information gleaned from his own clients to tackle these, and other similar questions. Check out part 4 if you missed it.

Today though, if you’re looking to gain size then you’ll want to read on as Ferruggia shares not only the post-nutrition advice he has his clients follow, but he also includes the one thing that he, himself makes sure he includes in his post workout nutrition.

Craig Ballantyne: Next question… When you’re done the workout what is the general approach, first of all, of the guys and girls you train, and then yourself for right after the workout?

What are you guys going into drinking, eating, whatever, or do you guys go into stretching first and then everybody goes and grabs their shakes? You’re probably going to be different than some of the other guys, but what’s everybody do there?

Jason Ferruggia: I have everyone do a quick little thing at the end where they do a plank, a side plank, a glute bridge, and what’s called a pearl mountain, which is basically just where you lay face down with your upper body up off the ground. Those kind of things just RESET and REALIGN everything. Your lower back will feel better.

If you have any kind of lower back issues I just have you lay face down on the floor kind of like you’re reading a magazine just laying on your forearms. Some of the people who are excessively tight will stretch and form roll again, that’s kind of individual.

It will be about 30 grams of protein depending on their size and their body weight it would be about 60 to 100 grams of carbs. They have the shake at the gym and then I tell them to eat within an hour to two hours right after, which would be a big carb and protein meal.

I’ll do that, it depends. It’s funny when you own a gym. I read Dan Johns said this once, that he lives in a weight room and he gets very little time to train and sometimes he trains at home, which is crazy, because I own a gym, but sometimes I’ll end up training at home. I don’t know how that works out, but sometimes you just don’t have that much time when you’re at the gym always training people.

…I’ll usually just mix up something quick if I have the time. If I’m going home right after I’ll come home and I’ll make one of my big shakes, which will be a banana, mixed berries, dates, and I ALWAYS CHANGE the fat source. If it’s post-workout I won’t put the fat in. Cinnamon, and some kind of protein powder, and some maca powder. Then I’ll eat, like I said before, my dinner is usually very similar every night. It’s a lot of vegetables and salad, beans and whatnot.

Craig Ballantyne: Then you start of the day with a shake too?

Jason Ferruggia: Yes, I do. I change it every single day, so there’s no output. I change the fat source, so some days there will be coconut milk in there, some days it will be hemp milk, some days I’ll do cacao nibs, whole hemp seeds, cashews, walnuts, macadamia nuts, chia seeds. I’ll always switch, mix, and match that. Protein is always rice and hemp protein. I always mix up the fruit too.

Craig Ballantyne: You have a favorite one that you can tell people?

Going back to how this is working for you, and I know you’ve had this shoulder problem and the surgery in the past, but someone on Facebook, Brad Pilon actually was asking how your body weight has changed in the last five years, or even ten years.

Maybe just take us through your history of when you started training, how you built on muscle at first, and then people just want to know about what you’ve gone through and what you’ve learned over time.

Jason Ferruggia: Sure. I’ll try to run through this pretty quick. When I started I graduated high school at 147 pounds and 6 foot. I had been training for awhile, so I don’t remember what I was when I started, but whenever I started high school I was LESS than 100 pounds.

I had a couple spurts where I found stuff that worked. I remember I gained 30 pounds in a pretty short period of time when I first got off of those crazy high volume flex magazine type workouts in the late 80’s and early 90’s. I went up to 177 and I remember being STUCK there for awhile. I went back to high volume and I found some other stuff that worked and I finally got up to 200.

Eventually I experimented with everything over the years. I’ve always fluctuated between 227 and 231. I was comfortable at that weight. I figured my normal adult weight is probably about 165 or 170 if I don’t train and force myself to eat, so I figured that was pretty good. Going much heavier than that for me was kind of crazy. I was comfortable around 230. 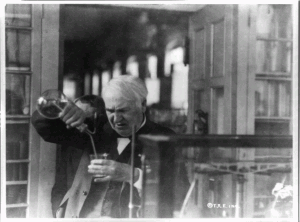 I had the shoulder surgery, I tore my rotator cuff and I dropped down. I said, “Let me do an experiment. Let’s see what my weight is after all these years of training and eating, let’s see where I’m at.” I dropped all the way down back to 179.

Craig Ballantyne: When was that?

Jason Ferruggia: All the way back down to 179. People that saw me were horrified, said they all thought I had a serious disease. I really looked like death, I really looked horrible, so I said, “I’ve got to end this experiment.”

What I was doing was I was just eating normally. I said, “Let me just eat when I’m hungry like the average guy does. I’m not training, I can’t train.” I think I may have dropped down into the 160’s, I don’t know. It was kind of crazy after all those years that was my normal weight.

Then I started training again.

I have a little bit of an uncontrollable, I do stupid things in the gym, I’ll put it that way. So, I tweaked my shoulder, reinjured it, not severely, a couple times throughout the rehab process. I thought it was getting a lot better and then I just, like I said, I like to do stupid things. So, I set myself back quite a few times.

Now I’m back up to 214. I’m kind of at a phase right now where I’m debating what I want to do. I’m kind of deciding if I want to just stay around this weight or maybe be lighter, I’m not sure. Then there’s a part of me that wants to show that I can do it vegan, so I probably will end up getting back up to my old size just to let people know that it can be done.

I know it CAN be done. If I put my MIND to it I can be there within two months.

Right now I’ve been busy, so I haven’t still been eating as much and focused on my training. That’s probably what I’ll do and then eventually decide where I want to spend the rest of my time. I probably feel healthier at 200, but I’ll go back up to around 230 or so one more time.

Craig Ballantyne: Very cool. Do you have any idea how many calories you take in every day and how many grams of protein?

Jason Ferruggia: I really don’t count or measure anything.

I would say it’s got to be over 3,000, but again I really don’t count. That’s not something I would recommend. If you’re skinny and you’re trying to gain weight you should have an idea.

I don’t, I kind of just go by feel. I know where I’m at just by the mirror and the scale and how my clothes fit. At the beginning you definitely should, you should have a pretty good idea.

Craig Ballantyne: Then you and I were talking about John Hines and how you said he eats like two apples and some hemp seeds or something and the guy is jacked.

Do you find that you get more nutrition, more results from fewer calories on a vegan diet or a more plant-based

even just in general?

Jason Ferruggia: I think so. I was in opposition to that idea for years. I always thought recovery was calories, as many calories as you can and that’s all that matters you’re going to recover. But, I recover far more effectively, far faster now than I ever did, which is crazy.

Everyone that I put on this kind of diet has experienced the same thing. I don’t get sore, a lot of my joint pain is gone, I used to have lower back and knee issues that are gone, so I recover a lot faster on less calories.

I think it’s just because the calories are so much more nutrient dense and I’m not putting as much digestive stress on my body through eating a lot of the junk food that I used to and a lot of the excessive junk calories.

My whole digestive system is BETTER, my gastrointestinal health is BETTER, and I do recover a lot QUICKER. I think you do get MORE nutrients and you get an anabolic response from LESS calories.

Like you were saying, John Hines literally eats about 1,000 calories a day. I wouldn’t recommend that to a skinny teenager, but I think it can work.

For me, I’m gaining size on far less calories than I used to. So, I think it happens more effectively once you get over a certain age and a certain training experience.

But, overall the idea and a great book to read about that is The Thrive Diet by Brendon Brazier, he really explains the whole thing and why that phenomenon exists.

Okay, but what about younger athletes….how do you train them? Is it much differently than their older counterparts?  Let’s find out in part 6 of the interview.