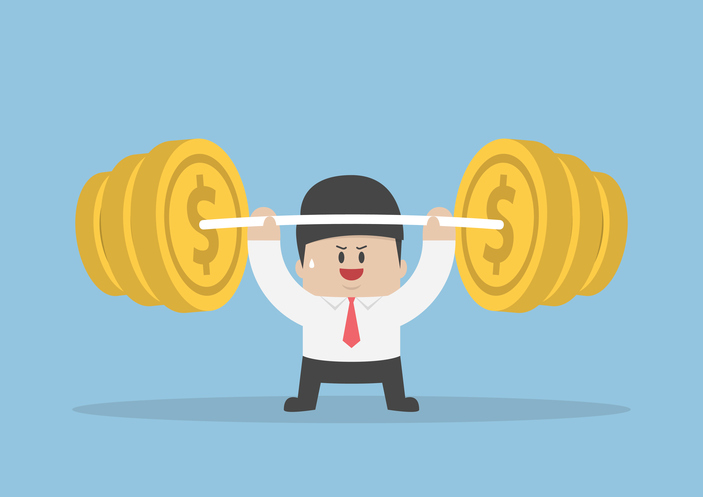 This article is really about two things. Number one, my disproportionate belief that learning sales is a crucial skill in developing ANY successful leader in today’s market driven economy.

My unbelievable fascination around venture capital, and more specifically the prolific fundraising culture that I believe is fundamentally unsustainable in the long term.

Over the last 10 years I’ve watched the tech and startup community go from a place where people were trying to build products for people to use and change the world, to people building businesses around those products, to people building financial arbitrage machines (i.e Amazon, Facebook and Google) to now people raising 6 million dollars for their bullshit idea.

More and more, every day, I meet entrepreneurs who are really good at losing money, and then try to raise more capital to lose more money each year. This culture of celebrating failure and raising 14 million dollars for an unprofitable idea is ludicrous to me and can’t be sustained.

The truth is there are so many people in the world who are going to spend the next 5–10 years trying to figure out how they can raise 25–50,000 dollars for their startup.

It’s just not a smart move. There are so many other ways to make money.

You can buy and sell, you can get rid of old junk, you can move into a smaller apartment for 2 years, you can get an extra job, you can save money and not go out, you can skip Coachella and the club and spending 500 dollars on stuff you don’t need. And if you are patient and not excessive you will find the money you need. I just think it’s a much greater opportunity to make $5000 selling junk and deploy all of it into Facebook, wait nine years and have $27,000 dollars to start your first business.

No debt, no equity, nothing.

I truly believe that it’s time, after almost a decade of prosperity in the public markets and the global economy, that we put pressure on the entrepreneurial community as a whole to start focusing on making money versus raising money.

SUGGESTED: Make the Jump From Employee To Entrepreneur

Way too many 15, 16, 17, 18, 19, and 20-year-olds that follow me on Instagram think that their first job during college, or out of college, or as they’re coming up, is to learn how to raise capital. They think to be an entrepreneur, they need to learn term sheets, or learn customer acquisition costs, or learn growth metrics just to appease their next round of funding.

Because of this, we have fundamentally lost the art of building a real business, one that is profitable each month and can pay its’ own bills.

Build a real business, find real revenue, have real clients! There is nothing special about that either. Celebrating your fundraise or even your annual profitability is a joke.

That’s what business is. It’s money in vs. money out. You either make more money than you spend or you don’t.

So when I made the statement that people have $15,000 or $20,000 in their home, obviously I was talking about a middle-class, upper middle-class, wealthy family. I took some shots at the community, and I understand that’s not always the case. But whether it’s $100, or $1,000, or $4,000, everybody’s got more stuff in their home than they need, and they can turn that into actual cash that starts their business or gives them the opportunity to do what they really want to do.

If not, they can go work a job for a couple years, save some money, and then start buying things at thrifts stories, garage sales, AliBaba, eBay, Amazon, Craigslist, or Letgo and start flipping them on Etsy, by arbitraging the different marketplaces on the internet.

Over a five or six-year period you can save up some real money and make a little nest egg for yourself.

Everybody’s impatience leads to them not thinking about what the impact of a profitable business means over a five-year macro. Because there’s no 22-year-old that is excited about just getting started at 27. That’s the opportunity. That’s where you can strike. I started VaynerMedia at 34. You have time!

Trust me, you are going to feel a whole hell of a lot worse at 27 knowing you gave up 40% of your company that is now worth 10x the value because you raised money to early.

Or it will be the opposite and your career will be over because you raised a million dollars and lost it all in 18 months. Your reputation will be ruined and you’ll be working for someone else. The percentage of 22-year-olds that are going to go from zero to hero is one to none.

If you don’t mix passion with practicality, you are going to lose.

If you can avoid raising money, please do.

Please build a real business, learn how to sell and create something tangible.

This article was originally published on Medium on July 17, 2017

About the Author: Gary Vaynerchuk is a businessman and CEO of VaynerMedia, a full-service digital agency built for the now. He is also Host of The #AskGaryVee Show.