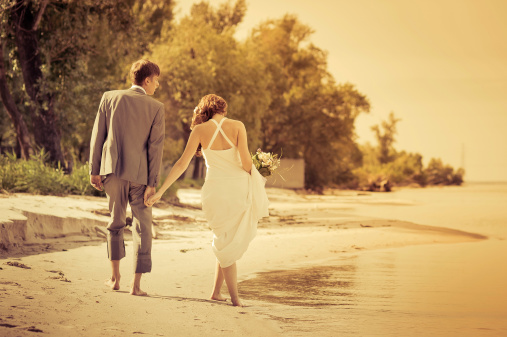 A female client once told me that she got her money the old fashioned way: by divorce.

It’s a funny line that reflects the traditional thinking of the man as the breadwinner in a marriage and the source of family wealth. But the truth is that times have changed.

Today, many women have more financial assets than their male partners. More young women attend college than young men. And although the glass ceiling still exists, more women are building successful businesses and excelling in high-level careers than ever before.

Plus, traditional inheritance traditions have changed. Today, parents tend to leave their daughters and their sons an equal amount of the family wealth.

But money and the changing dynamics of family wealth aren’t easy topics to talk about in relationships. People are more reticent to talk about money than almost anything else… including their sex lives. It’s a tricky and revealing topic of discussion.

A Failure to Communicate

Think about how much you can learn about someone by asking them about the importance of money in their life and what purpose it serves. The answers to those questions cut to the core of a person’s values.

And having those discussions is essential if you want to have a successful marriage.

A couple of years ago I met Marilyn and Jeff. They’re a middle-aged couple with money as the root of their marital problems. Marilyn lived off a trust fund from her parents. She resented Jeff because she had more money than he earned at his job. She didn’t like paying for the majority of their living expenses. Jeff felt emasculated because he wasn’t earning enough to keep up with their lifestyle.

Money may be the hardest topic for couples to discuss even though it’s one of the most important.

In my experience, some women still want to feel taken care of financially. Our society still holds that a man is financially responsible for his wife and children. But often these cultural expectations are out of synch with the achievements and positions of women — especially in the homes of the wealthy.

Women can also become dependent on their wealth for their sense of identity and their social position. Their self-esteem is grounded in their affluence rather than in their accomplishments. So they hold tightly to their money. They fear that if they lose it, their value as a person will be gone as well.

Some women still believe they can’t support themselves, especially if they have inherited their wealth. So the fear of losing their money and becoming a “bag lady” results in stinginess. They are less generous in philanthropy and more tight-fisted in divorce. I once had a client who was worth more than $100 million and was married to a man with almost no assets. At the divorce, she begrudgingly left him with only a used car and a studio apartment.

But women who cede control by turning their money over to their husbands to manage aren’t helping themselves either. Women need to learn how to handle their own money and make important decisions about expenditures, investments and estate plans.

In our culture, it’s accepted that men bear the burden of bringing home the bacon. But when a man marries a woman with greater financial wealth and higher social class, the union is often looked down upon by the woman’s family and society.

Husbands often feel powerless, embarrassed, judged and controlled when their wives have more money than they do. We know intellectually that people should not be defined by their money. But our culture often gives us the opposite message.

This can be hard for men to accept. They begin to question if they’re inadequate. They wonder if they’re not ambitious enough. It plays havoc with their self-esteem, even when they have successful careers.

I once had a wealthy friend whose daughter married a man of lesser means. My friend was sensitive to the potential self-esteem issues of his son-in-law. He felt his daughter had all the power in their marriage. Often the spouse with the most money exerts the power and makes the major decisions. My friend did not want to see that dynamic ruin his daughter’s marriage.

In an act of enormous generosity, my friend signed over a considerable asset to his son-in-law. But this newfound wealth led the son-in-law into a life of cocaine addiction and an eventual divorce. The son-in-law waltzed into the sunset, taking his father-in-law’s money with him.

Five Steps to Make It Work

Acknowledging and discussing financial inequality and the changing dynamics of family wealth are the key to overcoming these issues. Most affluent families don’t talk about money at all. So this may seem like a tall order. But it’s the path to happy and healthy marriages and families.

A couple I know — let’s call them Carrie and Bill — made it work. Carrie started a business with her first husband and her family money. When they divorced, she kept the business and soon met Bill, a retired social worker. Both Carrie and Bill recognized the potential problems if they ignored the glaring differences in their financial resources.

They began their marriage with constant communication. They shared their thoughts on money and what it meant to each of them. They had frank discussions about the balance of power between them and how they would handle decision- making. They spoke honestly about their working relationship and their titles within the company.

The result? They became successful business partners and intimate marital partners. Twenty-five years later they sold their company for $80 million and continue to respect and enjoy each other today.

Bill and Carrie’s behavior is the same as other wealthy couples I’ve encountered who have forged successful marriages by acknowledging financial differences and communicating about money instead of choosing the destructive path of denial.

From those experiences I have come up with five steps you can take to talk about money in a healthy and productive way in your marriage.

3. Discuss how you can make decisions in an even-handed, inclusive and respectful way.

4. Explore how money can add meaning to your lives. Share what matters most to you and use your wealth to pursue your passions.

5. Maintain a sense of humor. Laughing and enjoying each other are the best ways to maintain a healthy relationship.