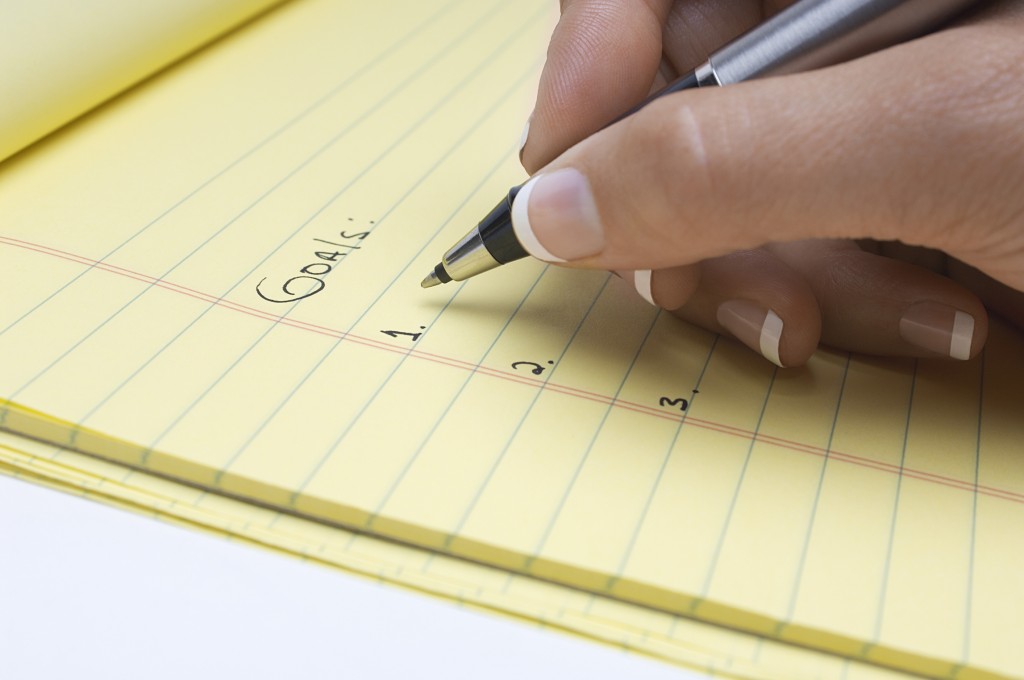 Aim high! Reach for the stars! Shoot for the moon! In other words, Think Big!That’s the message we get time and time again from motivational speakers. And I get it.

In business, it certainly makes sense when you are in the very first stages of developing a new product or project. It makes sense because it helps you rally the troops and put the heavy machinery of your idea into motion. (“Wouldn’t it be cool if we could…?”)

But thinking big is a serious mistake when it comes to setting specific goals (in business and in investing).

In today’s essay, I want to help you avoid making that mistake. I will explain why setting big goals doesn’t work… and I will give you an alternative strategy that does work.

How Setting Lofty Goals Can Backfire

I used to believe in setting ambitious goals. I recommended it to every business I consulted for. But about 15 years ago, I realized that I was wrong.

My main client at the time was in the information-publishing business. The company was broken up into seven or eight units, each of which published a dozen or so newsletters. Once per year the owner and I would meet with each of the publishers to review what they had accomplished that year and to set goals for the upcoming year.

I would challenge them to think big. And they did. They delivered projections that showed enormous growth and profitability. In nearly every case—regardless of how mature the business was or what problems it was facing—we were given spreadsheets that promised 50%-plus growth—and even higher profits.

Needless to say, this made us all feel great.

There was only one problem: Aside from the rare exception, those numbers were never achieved.

The elation we enjoyed when we set the goals was counterbalanced by the frustration and embarrassment we felt when results fell far short of our expectations.

I finally had to accept that what we were doing was not only a waste of time, but also a detriment to our business.

The crazy goals the publishers set allowed them to jump into the year pursuing a business plan that was big and bold, but ultimately unrealistic. The very “bigness” of it kept them from coming up with new products and projects that could have helped the business grow.

We brought the publishers together and told them that we were going to try something new: a two-part approach to setting goals.

The idea here is to study the results of your past marketing efforts. Based on those numbers, and assuming everything continues to go as it has been going, you then come up with realistic expectations for the coming year.

There is no room in this process for hopes and dreams about better products and promotions. You simply extrapolate the numbers. And in doing that, you have to be conservative.

If, for example, a particular product achieved 25% growth in the prior year, you cannot automatically anticipate an additional 25% growth in the future. You have to first look at your most recent sales and determine whether they have been trending up or down.

The point of this step is to force you to look at your business in the harsh (and sometimes grim) light of reality.

Which brings us to…

The first time the publishers mapped out their current projections, it was, as you might expect, sobering. Some of them were able to project growth. But often it was less than what they wanted to believe. And sometimes their projections were negative.

None of them were happy with their numbers. And this was actually a blessing. By facing what would happen if they kept on doing what they had been doing, the publishers were forced to come up with new ways to stimulate growth.

At this point, they were ready to set realistic goals—goals tethered to their current projections. They could not, for example, set a sales or profit goal simply because they were “determined” to achieve it. They had to have a detailed plan showing how that goal would be achieved.

It was hard work. Work that we had been neglecting. But it paid off.

Twelve months later, every set of projections had been exceeded. More importantly, nearly all of the publishers’ goals had been achieved.

Before we implemented this two-step approach, my client had been stuck for several years at about $90 million in total revenues. After we made the change, revenues rose sharply. First, to $150 million. And then to $200 million. Today, gross revenues are in excess of $400 million.

How This Applies to Investing

As I said at the beginning of this essay, thinking big makes sense in business when you are developing a new product or project. Imagining all the “what ifs” is exciting and motivating and can sometimes inspire surprising and profitable possibilities.

But when it comes to the nitty-gritty of putting together a yearly business plan, you will be much more successful if you set goals based on realistic expectations.

When Tom and I got together to create The Palm Beach Letter, we agreed to use the same conservative approach. We believed it would help us set better long-term goals for the investments we would be recommending to our readers.

So, for example, when Tom developed the stock programs we make available to Palm Beach Letter readers (the Performance Portfolio, the Legacy Portfolio, Tom’s Confidential, and the Income for Life program), he presented them as having the potential to make 5-15% (depending on the market and the time frame).

Tom’s long-term track record as a stock picker is littered with 100% returns. But we wanted our readers to have realistic expectations.

Likewise, I have a good deal of experience investing in real estate. My first investment was an unmitigated disaster. But I learned quickly and my results improved considerably. Several times, I’ve made more than 100% on my money within a year or two. I once made 10-times my initial investment in less than seven years.

But when I wrote about real estate and developed the Rental Real Estate 101 program for the Wealth Builders Club, I talked about much lower returns: 8-15% per year.

I did so because, though I knew higher returns were possible, I didn’t want to sell the program by giving subscribers unrealistic expectations. Our business, after all, is a business built on long-term relationships with our readers. Making promises we may not be able to keep is not the way to do that.

Returns of 8-15%, however, was a promise I knew we could keep. I came to that by reviewing my three primary rental real-estate investments. One is based in Baltimore, Md., one is in Lake Worth, Fla., and is one in my hometown of Delray Beach, Fla. I won’t tell you specifically how each investment did (for fear of embarrassing my partners), but one has returned about 8%, another about 12%, and the third returned more than 15%.

The Smart Way to Grow a Business… or Your Investments

If that’s the case, I am quite sure you will find someone out there who will offer you programs promising those big returns. But my guess is that you will be lucky to end up breaking even. The more probable outcome is that you will lose money.

That’s the result of “Thinking Big!” instead of setting goals based on realistic expectations. You don’t have a clear picture of what is likely to happen, so you don’t understand where and when you have to make adjustments.

When Tom’s analysts recommend individual stocks, they consider many known numbers. They study revenue and profit trends, cash holdings, debt, and price-earnings ratios. They also take into account potential future events (like acquisitions, divestitures, and mergers). But they don’t factor those things into their expectations for the price of the stock… because they are only possibilities.

This is much like what my business clients do when they set yearly goals. They can intend to accomplish certain things in the future. But their budgets are based on current projections. They start with actualities. Then they make adjustments as needed. And their businesses—like your investments—grow.

Give The Palm Beach Letter a try for the next year (365 days), at my expense.