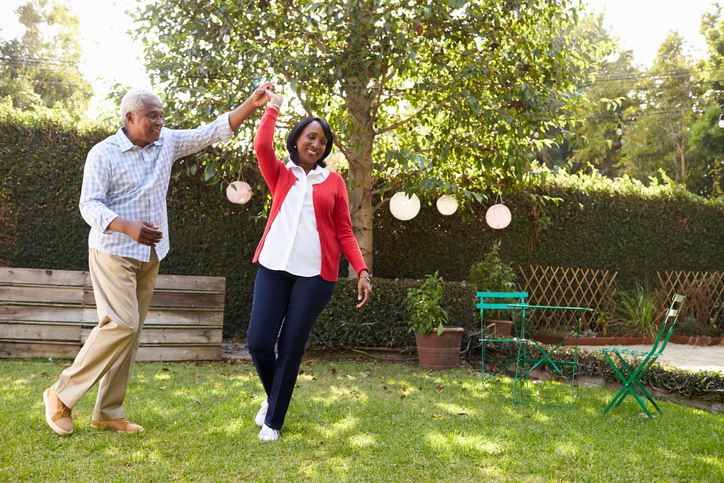 You can’t retire happy if you’re obsessed with making money.

We begin our careers poor and eager. We come in early, work long hours, and make great sacrifices to become wealthy. “If only I could have $100,000 in the bank,” we tell ourselves, “then I’d be happy. If only I could pay off the mortgage and own my house free and clear – then all the pressure would be off me.”

We make ourselves such promises. We imagine such happy futures. Then we set our shoulders to the grindstone and begin the long, daily push. And one day we discover that we have paid off the mortgage and have $100,000 in the bank. But we don’t stop working. We don’t even think about it. Because that $100,000 isn’t enough, we realize, to allow us to continue the lifestyle we now enjoy for more than a single year.

Even at a 10% yield, it’s giving us less than half of what we “need” to live … and so we keep going. Then one day we take a look at our portfolio and see that our net worth is more than $10 million. “Surely that is enough to retire on,” we think. But when we check our checkbooks we find that our burn rate is now at $350,000 a year … and that Uncle Sam and his stately cousins are eating up 50% of what we earn … and that even $10 million isn’t enough to last us if we live a good, long life.

So we work on again, pushing back the dream, telling ourselves, “Just a few more years, and then I’ll take it easy.”

But what if that day never arrives?

What if working becomes an addiction for you? Or you die suddenly and prematurely? You can avoid those horrible possibilities very easily. The secret to avoiding the addiction problem is to lead a balanced life.

Leading a balanced life means having an interest (and setting goals for yourself) in four aspects of life:

1. wealth (your business and your investments)

We have talked – and will continue to talk – about wealth, wisdom, and social goals in other ETR messages. For today, let’s focus on the wealth problem: How do you keep yourself from being addicted to making money? (I once asked a very wealthy mentor of mine why he was still working so hard when he had – at the time – about a zillion dollars. He thought about it for a while. “I can’t give you a good answer,” he finally admitted. “I feel bored when I’m not working. And I like the idea of making more and more money. I guess it’s a way of keeping score.” I’m happy to report that he eventually recovered from his addiction and now leads a balanced life in retirement.)

What compounds the problem is that most people increase the cost of their lifestyles as quickly as they increase their income and then feel compelled to keep increasing their money-making goals. It gets to a point where even if they want to retire, and feel they could break free of their addiction to working, they don’t see how they can do so, because their cost of living is so astronomically high.

I know dozens of successful businessmen who can’t figure out how to sustain themselves on less than a half-million dollars a year of income. I know that’s not a problem you have any sympathy for, but it’s a problem for them. And if you follow ETR’s advice, it may well be a problem for you one day.

Unless you do this:

Decide how wealthy you want to be – and be as specific as possible. Let’s say your goal is to have a net worth of $5 million with $4 million of that invested and giving you an income.

Recognizing that, at an average after-tax return of 5%, that $4 million is going to give you an annual cash flow of $200,000, you must make yourself a promise – now – that you will never let your lifestyle exceed that $200,000 mark.

In other words, the trick to staying out of the escalating-lifestyle snare is to decide beforehand the level of spending you need in order to be comfortable and never allow yourself to go beyond that – even if you have a few years in which you are making so much money that you easily could.

Keeping with the same example, let’s say you had a few years where you were earning $2 million a year. Your take-home would be about, say, half that. To keep yourself from accelerating your lifestyle, you’d have to make sure that you spent only $200,000 and invested the rest.

If you don’t make that promise and do slip into the common path of excessive consumption, you will surely have trouble retiring – even after you’ve exceeded, by far, the financial goals you had set for yourself.

SUGGESTED: What If You Can’t Afford To Retire?

Here’s how to retire happily and avoid becoming addicted to work and making money:

Step 1. Set a net-worth target. And then set income and business targets that will support it.

Step 2. Figure out exactly how you are going to be able to enjoy your life after you’ve reached your wealth-building target. Figure out just how much money you’ll need each year, and what you hope you’ll be doing to make your life happy and worthwhile.

Step 3. As you go about building your fortune, make sure that you never allow yourself to slip into a lifestyle that is more expensive than you really want. Don’t let yourself be tugged into buying a bigger house than you really need, designer labels that don’t really improve your appearance, expensive vacations that aren’t any more fun than cheaper ones, high-priced wines that don’t taste any better … and so on.

If you can do all that work now – and I mean draw it out in as much detail as possible – you won’t have to struggle with it later.

Posted in Channels, Personal Finance, Wealth and tagged how to retire, retire happy, Retirement, work addiction
#repost from @motivationmafia With all the hard w