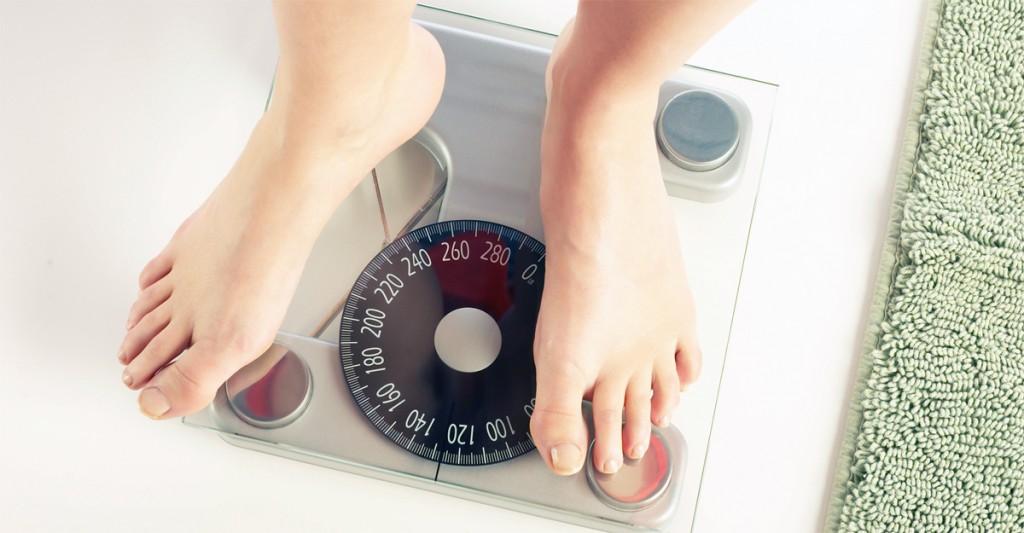 Burn The Fat Blog: Rapid fat loss diets claiming you can lose a pound of fat per day are back again. In the past year, I noticed at least four best-sellers that claimed you could lose 7 pounds in 7 days, 10 pounds in 10 days, 14 pounds in 14 days, or even 30 pounds in 30 days. I’m sure there were many more that I missed. The fact that all of these books or programs were best sellers shows that people are buying into it. But can you really lose a pound of fat a day? (FAT, that is, not WEIGHT)…

Obviously, if we were talking about body weight and not body fat, we could all agree that you could actually lose MORE than a pound in a day – with ease.

I’ve cut 8 pounds overnight to make a weight class in the past (in already ripped condition no less), and I have wrestler friends who have cut twice that or more in less than 24 hours. But that’s not fat loss, that’s primarily dehydration. It’s also very transient – like I said, “overnight” (and “overnight” describes how fast it comes back on too!)

Based on my experience alone, I have no doubt you can lose 7 pounds in 7 days or 10 pounds in 10 days – it doesn’t even have to take that long. BUT….

Weight loss and fat loss are not the same thing. So let’s get clear, in this post, we are talking about FAT LOSS.

So… CAN you really lose a pound of fat per day?

How about I start right out with the answer to the question:

Now let me explain my answer.

If you look at the science, you’ll usually hear that the maximum rate of fat loss that CAN realistically be achieved, for most people, is around 2.5, 3.0, maybe 3.5 lbs of fat per week. Even that will be a stretch for petite women or anyone who is short and / or small-framed, and in any case, this is an above average rate of fat loss (everyone repeat after me: “results not typical”).

People who are already at a lean or even average body fat levels CANNOT lose fat that quickly because they do not have a high enough basal metabolic rate or total daily energy expenditure. They simply can’t create a large enough deficit without hours and hours of exercise a day, if it’s possible at all. If they try to force it, they will lose lean body mass and likely suffer the effects of overtraining. (Overweight people can sustain a larger calorie deficit without any negative effects or fear of muscle loss).

This promise/pitch, “lose a pound of fat a day” has resurged in the past year, but it’s an old one. How long have you been seeing those ads that say, “lose 30 pounds in 30 days” and so on? For ages, right? And those nutjobs who still promote HCG for weight loss – even they use the claim “lose a pound a day” to sell their bogus garbage.

Of course, in many of these cases, the distinction is not made between body fat and body weight.

A pound a day in body weight is not that difficult, but it’s also not that desirable if it includes mostly water weight and other fat-free mass.

But there is no science to support claims that extremely fast fat loss – on par with a pound of fat per day – is possible for anyone but overweight and obese people.

Of course if someone is fairly lean to start with, they might not have all that many pounds of extraneous fat to lose to begin with, so thinking about “30 pounds in 30 days” may be a moot point anyway (but it’s these people who want to cut the last 7, 10 or 14 pounds in 7, 10 or 14 days who are the most at risk – at risk of getting ripped off by scams and at most risk of doing themselves more harm than good, even if that harm is just the frustration of seeing the pounds pile back on later).

Programs that make these types of rapid fat loss claims usually have some new hook based on manipulating hormones, a “magic pill,” or some super-duper workout program….

But manipulation of hormones can only take you so far. Your body’s endocrine systems are very tightly regulated.

Most “fat burner” supplements are a complete waste of money…

Training can only take you so far too because there are only so many hours in the day and fat loss is also a math equation involving calories in versus calories out.

The bottom line answer to the question, “how do you lose a pound of fat a day?” is:

Achieve a 3500 calorie per day deficit….

However, the math doesn’t work for anyone but very overweight or obese people. So, outside of a “Biggest Loser” ranch / obese person type of situation – it will not be practical to achieve this.

Beyond lack of practicality, it may very well be biologically not possible to exceed a certain rate of fat loss per pound of fat mass on your body.

Research from the University of New Mexico has suggested that there is in fact a limit on the amount of fat a person can transfer from adipose tissue into energy on a daily basis during a calorie deficit. This first place I heard about this research several years ago was from Lyle McDonald, who was writing a book about a scientific approach to rapid fat loss.

The speed of energy transfer is, not surprisingly, based on how much body fat a person has to begin with. The research paper, titled, “a limit on the energy transfer rate from the human fat store in hypophagia,” gave a specific number on the maximum rate of fat oxidation and energy transfer:

A limit on the maximum energy transfer rate from the human fat store in hypophagia is deduced from experimental data of underfed subjects maintaining moderate activity levels and is found to have a value of (290+/-25) kJ/kgd. A dietary restriction which exceeds the limited capability of the fat store to compensate for the energy deficiency results in an immediate decrease in the fat free mass (FFM).

This was published in a theoretical biology journal, so I suppose you could argue that these numbers are speculative or just estimations. However, these findings are consistent with other research (2) which has clearly shown that obese individuals can lose fat faster than lean people (and nutrition programs and goals therefore, have to be adjusted by body type, including your starting body fat percentage)

It’s why pre-contest bodybuilders usually aim for a weight loss of only about a pound a week – intentionally very slow fat loss. And it’s why contestants on the Biggest Loser could lose 6 pounds a week of pure fat or more (add water weight loss on top of that for really dramatic double-digit weekly weight loss).

Could an obese person lose 30 pounds of fat (not just weight) in 30 days?

Probably yes, although it wouldn’t be easy. Some very overweight people might not even be able to do the amount of exercise to achieve the necessary daily calorie expenditure, so even if they can biologically lose the fat, they may not be able to pull it off in the real world.

Most of the time, for most people, I recommend the slow and steady approach.

Admittedly however, there are times when you’re up against a deadline and you feel that you must achieve fat loss at the maximum possible rate. That may not be impatience per se, it’s sometimes a necessity – like when you have a photo shoot, contest, filming, or even personal reasons like vacation where you have an appearance slated for the beach or the Vegas pool scene… and time is running out.

I’ve met plenty of folks who are willing to “suffer” a bit (“work hard,” if you prefer), for several weeks to get maximum fat loss despite the discomfort and discipline it requires. So…

Here’s my advice if you must lose fat quickly:

1. 1-2 pounds per week of fat loss is typical and it’s still good general advice. But it is possible for an active person with an average or larger frame and fairly size able fat reserve to realistically and practically lose 2.5 to 3.0 pounds of fat per week. Maybe 3.5 lbs. This is what I would call a rapid fat loss program, meaning that it’s faster than typical. Be ready to bust your ass and exert monk-like discipline (most likely with a high protein, restricted carb diet and some serious training).

2. The more fat you have, the faster you can lose it; the leaner you are, the slower you must lose it in order to preserve lean tissue. Therefore, the claim that anyone and everyone can safely lose fat rapidly at a rate at or near a pound a day, regardless of their starting bodyfat, is false. If you’re very overweight, faster fat loss is possible. Remember, fat loss depends on a caloric deficit and big people can more easily create a large deficit than small people.

3. Rapid fat loss is not for everyone. Regardless of your starting body size and body fat level, if you have ANY history of binge eating or yo-yo dieting (aka weight cycling), definitely take the slow and steady road and focus on lifestyle habits and behavior changes. Forget about “diets” let alone rapid weight loss diets.

If you want more information on achieving maximum fat loss without doing anything extreme, check out my book Burn the Fat, Feed the Muscle and look up the “Advanced Fat Loss Strategies” in the last chapter.

If you’re a candidate for rapid fat loss and you’re one of those people who is willing do do something much stricter or more “extreme” you should make sure you do something that has been scientifically validated and do it safely and with common sense. The Rapid Fat Loss Handbook is one of the few, if not the only program I know that is based on science and is honest about the claims (it distinguishes between weight loss and fat loss). You can get more information at www.CompleteRapidFatLoss.com.*