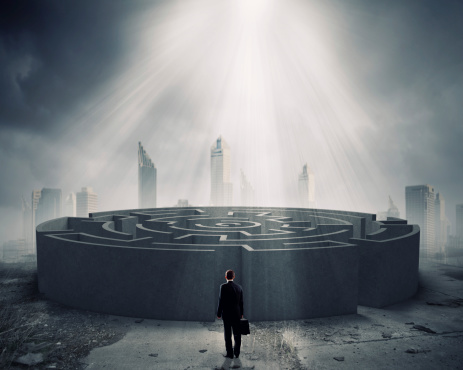 Living well may be the best revenge, but living by example is the best way to leave your legacy.

These days, a life of ambition, discipline, hard work, and getting ahead in life has become vilified, as if it were The Dark Side, to steal a phrase from the original Star Wars trilogy. Too many people accept the easy way out. They think it’s the right way to live. It’s not. It’s easy to get sucked into the comfort zone of an average life. It’s tempting to give in to peer pressure and to live in a way that is below our standards. If you can stay strong, if you can commit to living the way you want to be remembered and in a way that is congruent with your goals and dreams in life, this way of living will bring you great rewards.

I’ve lived and lead by example for over 20 years. I’ve chosen to eat healthy, exercise, and go to sleep early, even when it has meant mockery. Here’s how I did it…

When I was twenty years old it was tough to stay committed. I made my fair share of mistakes. But I kept on trying. I experimented. I tested variables. I recorded results. I learned what worked and what didn’t. I discovered the importance of preparing ahead to make the right choices and I discovered ways to deal with those that did not support me.

When you first make a change, it’s tough. People expect you are just going through a phase. They’ll laugh when you tell them that you are going to start waking up at 5:30am. They’ll tease when you say no to bread or sweets or alcohol. “How long is this going to last?” they’ll sigh. This is where your actions must speak louder than words, and where your rules for your life speak louder than all. (See how to create the Rules for Your Life here.)

Most of the negative people in my life were only teasing. They were only doing so because it threatened the status quo. They thought I would change and leave them behind, like the movie star that leaves her one stoplight town for the big city and never returns. But it’s never like that. When you get better, you want to take people along for the ride. Once they see that, once they realize you are not doing it to leave them but to lead them, they will want to join in. When you support them, they will support you. They will become your strongest allies, your staunch supporters, and they will go on to become your best students – sometimes even becoming better than the teacher themselves!

I know this to be true because so many of my friends, those that gave me hassle and peer pressure so strongly in my early 20’s, today have become even healthier and more committed to fitness than I am. They are better people because I had the courage to commit to change when I was young, and because I found ways to cope with what I could not control (their attitudes), and I controlled what I could (my response), and concentrated on what counted (what mattered to me and my long-term big goals and dreams).

When you live by extreme example and do what you know is right, slowly but surely you’ll get people’s attention. You’ll become the leader they have been looking for. You’re not the only one that wants to improve their life and have their best days ever. Millions and millions of people are hungry for this way of living. They want more, deserve more, and desire more, but simply don’t know where to start and have never had a role model.

When you live and lead by example you will attract these good people into your life while repelling those who wish to remain negative (although they too may come over to the good side of the force in due time). Some of your most vocal opponents will have a change of heart and will someday become your strongest allies. They are the people that need a good leader more than others, one that is willing to live by extreme example. When they finally see that people can change, that people can stay committed to the rules they set and the vision they have for life, they are encouraged to do the same.

Living by Extreme Example is particularly useful when you want to inspire people to take action on something that you know is important for them.

For example, I live my life by extreme example and talk about this a lot at Early to Rise. People hear about me getting up at 4am and think it’s crazy. That’s fine. The point is not for everyone to get up at 4am. I wouldn’t like that anyways, and it would mean I’d have to get up even earlier!

The point is that my extreme example shows people it is possible to get up early and achieve great things. My extreme way of living leads you to make minor improvements. You start by getting up 5 minutes early. Within a few weeks you are getting up 15 minutes earlier, giving you an extra hour each week to spend solving problems, thinking big, working on your priorities, and making small, consistent steps forward towards the big goals and dreams in your life.

That’s what my extreme examples lead to. That’s the purpose and benevolence of living by extreme example. I don’t want copycats. I just want to influence. I want people to see what I’ve done and be persuaded to make small changes in their life. I want them to get up early, to exercise for a few minutes consistently each day, to sleep longer and better, to choose better foods to fuel their best days, to do deep, meditative breathing for as little as a minute each morning, and to make the right decisions whenever possible.

Motivation and inspiration often come from seeing someone doing something extreme. We are inspired to run a charity 5k by someone that has run a marathon a day across the country to raise money. We are encouraged to save a little money now because we’ve read about someone that became a millionaire by putting away money for 50 years. We are encouraged to be compassionate because we are influenced by extreme examples of kind and compassionate living from stories all over the world.

This is another reason why we must surround ourselves with mentors and positive people. We need to see what is possible, to know what others can achieve, so that we are inspired to go out and do more than we thought we could do.

We are capable of much more than our mental limits let us believe. When we see extreme examples, of performance, of persuasion, of persistence, than we can adjust our realities and change what we think is possible. This opens up greater opportunity for us, and leads us to better days and our best life ever.

Be the extreme leader. Attract good people and positive social support. It will not happen overnight, but then again, you’re in this for the long haul, aren’t you? Your Rules and your Vision will support you through the tough times that comes with getting started.

Expect some blowback and rough first attempts. But you cannot fail. You can only get results. You learn from your mistakes. You take those lessons and adjust course. You make better decisions next time. You plan ahead to come better prepared for temptation. You make it work. You win a victory. You gain momentum. You take a bigger lead. You live by example and when you do this over and over and over again, you make the leaps and bounds that are required to have your best days ever.

Don’t let the little opinions of small-minded people stop you from achieving your big goals and dreams. I promise you that over time, through your actions and through leading with your rules, you will turn many of those small-minded people into supporters.

Stay strong. Know what matters. Never give up on what is important to you. Be prepared to be pleasantly surprised about how many positive people will want to come along for the ride. Live and lead by example. They will follow.