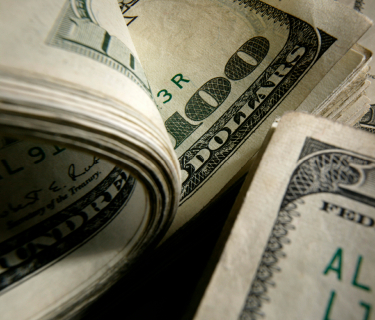 Over a decade ago, when I first left graduate school with my Master’s Degree in Exercise Physiology from McMaster University’s School of Human Biodynamics, I worked a J-O-B in the nutritional sciences industry.

The pay was good for a young, single man living in the big city, and I enjoyed the work. But after eighteen months on the job, I felt – like you probably do as well – that I was worth more to the company than what I was getting paid.

Fortuitously, I stumbled across a promising resource that helped me demand more money – and get it.

At that time, and as I still do today, I was also penning fitness articles for Men’s Health magazine on the side. Each month I’d contribute a short workout or training tip, and in addition to a small check for my work (magazines don’t pay very well), they’d send me a free copy of the magazine.

Men’s Health, as you might know, also covers personal finance in each issue, and one month they delivered a simple blueprint to making your case for getting a raise. I tried it, following it step-by-step, and it worked.

Your strategic plan for demanding more money and getting it starts weeks in advance of the actual meeting with your superiors. Depending on your current situation, you might even need extra time for the first step which is to simply make sure that you have a good relationship with your boss. If there’s any drama or tension surrounding you and your superior in the office right now, you must immediately work on reconciling the matter.

As you work to improve this relationship, spend your lunch hour or some time after work going through all of the projects that you’ve been involved in since your last pay raise or employee review. List all of your successes and apply a monetary value to each one.

Your goal is to prove in clear, concise terms that you’re a valuable asset and worth more than you are being paid right now.

The key to demanding more money and getting it is to show that you are going above and beyond what is expected of you in current role. If you’re simply showing up on time each day, doing your job well, performing the tasks that are asked of you, and getting along with all of your co-workers, that’s commendable, but not worthy of a raise – no matter how many people say that you are a pleasure to work with. You need to prove that you are worth more than what you are earning now.

Back in 2001 when I was asking for more money, I was able to list several actions that showed initiative, and more important, that had a monetary value to the company.

First, I had worked on a side project on my own time that translated scientific research into valuable data that was subsequently used in an important marketing campaign. Had I not done the work on my own, the company would not have been able to create the magazine ads that brought in more sales. The data had been sitting there for over a year, but no one had put the work into bringing it to market.

Second, thanks to my connections with Men’s Health, I was able to help the company get their products prominently featured in an editorial at no cost. And by knowing that the going rate for a one-page ad in Men’s Health at the time was over $60,000, I was able to apply a monetary value to my contribution that no one else in the office was capable of achieving. This was a clear demonstration of added value with specific data attached to it. That’s what you need when making your case.

Third, I had just completed a project that helped save the company hundreds of thousands of dollars. This task depended on my educational background that was unmatched by anyone else in the company. So again, this was significant value that only I could deliver to the company. Again, it allowed me to apply specific numbers based on my special contribution in our department.

You must place extreme value on the tasks that only you can do. And as Men’s Health magazine declared to all readers seeking more money, your ability to get more money start with, “You being willing to do the stuff that no one else wants to do.”

Armed with these three main data points and accomplishments, I put together a one-page executive summary of my recent successes – that emphasized the benefits to the company – and presented them in advance to my boss as I requested the meeting. The document even contained my requested salary increase. Fast Company magazine, in their February 2013 issue, concurs that this is the best approach. “Research the market value of your position and drop a bold salary request up front,” they suggest in their article, “How to Negotiate a Salary.”

Within minutes I had won his support, and within days, the top brass had approved my demands for more money. When you put together a proven plan, supported by numbers that don’t lie, you’ll make the strongest case possible, allowing you to demand more money and get it.

Yes, I know, it’s a bold thing to do, to call for an unscheduled meeting and demand more money. Right now, many folks are just happy with job security, but the best time to take action is when momentum and the numbers are on your side. Plus, as the old adage goes, “fortune favors the bold.”

Recently in my own business, a long-time employee – let’s call her Joan – took a page out of my personal playbook from the past and sent me a similarly bold request for a pay raise. While there was something missing from Joan’s request – a crucial item that I’ll reveal in a moment – this was done with momentum on her side, and as a result, Joan received (some) of the money she demanded.

You want to strike when the iron is hot, so to speak, and when your exemplary performance is fresh in the minds of your boss, and just as important, your boss’s boss. As Matt Smith, ETR Publisher would likely say, you want to demand more money only when you are in a position of strength to ask for it.

But what was the missing item from Joan’s request? What did she not have on her side that I had on mine back in 2001?

Sure there were compliments from others, and many from me as well, but at the end of the day, Joan was simply getting paid well to do her job, and she wasn’t going above and beyond her job description in order to bring more money into the company.

Listen, the most important thing you can do in any salary negotiation is to prove your value. If you want more money, you have to show – using hard data – that you are worth more to the company than you are earning right now.

Simply listing the work you’ve done, or even the compliments that you’ve received from your colleagues or superiors is not enough. Those don’t prove value and when it comes to money, compliments don’t count as much as currency. You need numbers, not commendation, to prove your case.

As the old saying goes, “In God we trust. All others require data.” Or if you prefer, as one of my virtual mentors, Ted Nicholas, says, “The world does not reward average people well so I will be extraordinary.”

That sums up what you need to do if you want to demand more money and actually get it. It’s one thing to feel entitled to more money, but it’s a completely different matter to deserve it – and be able to prove it.

Coming from a person that has been on both sides of the desk in this conversation, I can tell you that numbers matter – a lot. Demanding more money comes down to a quantitative argument, not a qualitative one. It’s nice that your peers and even your boss can give you testimonials about your professionalism, promptness, or your attitude. That’s great. But that’s what you are being paid for right now.

In this day and age of economic uncertainty, if you want to demand more money, make sure that you can prove your worth. Do your homework, come prepared, and state your case. Know what the other side wants, and create win-wins. If you can prove that you’re making the company more money, then you’ll be in the best position to earn more for yourself.

Good luck, and let us know your experiences about asking for a raise here.

[Ed. Note. Craig Ballantyne is the editor of Early to Rise and author of Financial Independence Monthly and Turbulence Training. He is also the co-creator of the Early to Rise $100,000 Transformation Contest. Though this round of the Transformation Contest has closed it’s not too late to access to all the helpful tools and advice that helped many people make a positive change in their lives. Get started on your major life transformations today.]
Posted in Careers, Lifestyle, Motivation, Self-Improvement, Wealth, Work and tagged craig ballantyne, Demand, Men's Health, Money
This error message is only visible to WordPress admins