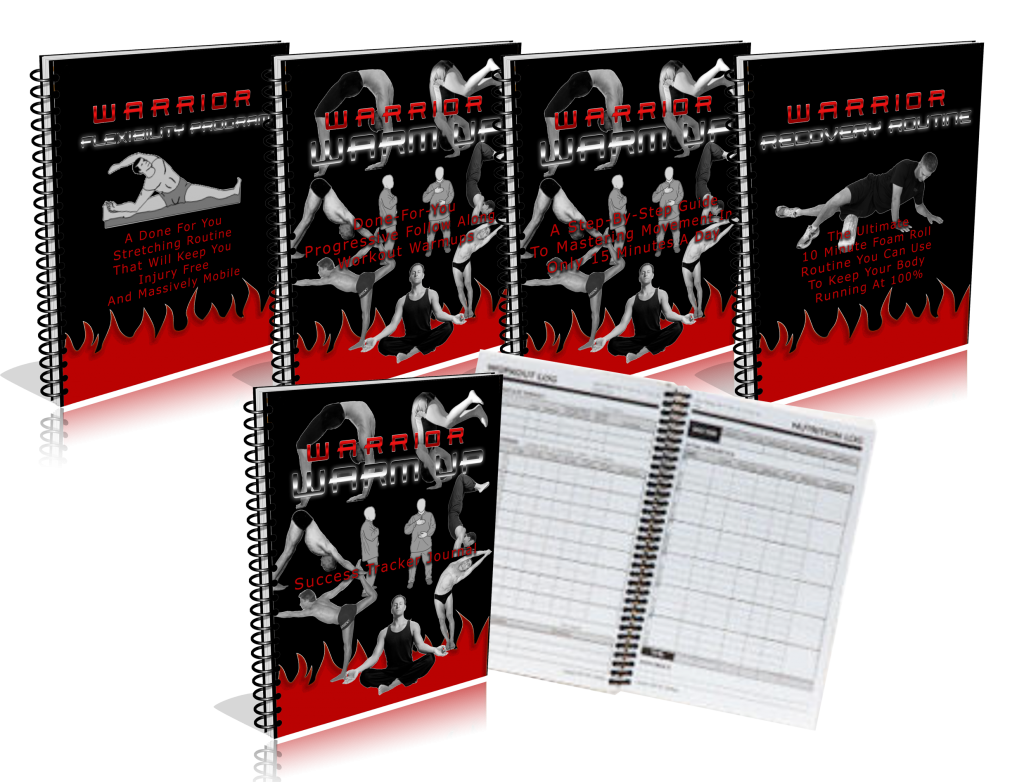 Tyler: Hey guys. Tyler here and this is the Garage Warrior podcast from GarageWarrior.com and I’m super excited to have on the call today the godfather of fitness, Craig Ballantyne. How’s it going, Craig?

Craig: Very well. Thank you so much, Tyler.

Tyler: Awesome man. If you guys aren’t familiar with Craig Ballantyne, he’s one of the people who’s been online in the fitness industry longer than anybody else but I want you to kind of share you story, Craig, kind of like how you got started in the fitness industry and then maybe how you transitioned from being a trainer to being this online fitness celebrity.

Craig: Sure man. No problem. I got started lifting weights back when I was 16. I really loved it. I really was into bodybuilding and stuff and then got more into athlete training when I was in college. I got a Master’s Degree in Exercise Physiology. I loved all the types of training I was doing so I really kind of put them in a blender and came up with Turbulence Training, which combines bodybuilding, athlete training, bodyweight training, a little bit of kettlebell stuff in the short burst workouts.

I always was a nerd at heart so I liked to sit in front of the computer, write my programs, send out my emails, and share all of the amazing research studies that I cover on a regular basis with everyone. That’s how I moved into going from client in person to doing YouTube videos, Facebook pages, and sharing the message with so many people around the world. Now we have the certified Turbulence Trainer Program where we have trainers all over the world, and then also we have the follow along videos online which are really the big thing in my world these days.

Tyler: That’s fantastic, Craig. I know that that was a 50,000 mile view and you’ve probably learned a lot over your career than most people so let’s dig into kind of some of those nuggets of wisdom that you might have learned over the years. The first thing is that you’re probably one of the first people to really start talking about, on the internet at least, was this concept of shorter duration workouts, higher intensity training rather than these long drawn out cardio workouts. Can you tell us a little bit about why that was effective and maybe how you initially discovered that?

Craig: Well, I made the mistake when I was younger when I got first into college. All the exercise that they taught was based on marathon study training so I actually got into more endurance training and it was a real big mistake. I got away from my weight. I lost a lot of my muscle. I got weak. I got slow on the field, because I was playing soccer, and also on the ice, I was playing hockey.

So I made a big mistake and then in my undergraduate thesis and then in my Master’s degree, I did a lot of research on interval training, heavy resistance training, and hormones and I found that the best way to train was short workouts, intense interval training. That was late ‘90s. Then I started training people, the athletes I was training as a strength coach, I started making them faster and fitter in just a couple of weeks.

It was really incredible, the results you can get from short workouts because it all comes down to metabolic adaptations. You don’t have to go and train for an hour when doing four to twelve minutes of interval training will give you the same metabolic adaptation. It’s all about the stress that you put on the muscle and the enzyme system for producing energy. That was a big, big revelation for me back in the late ‘90s and completely changed the way I did things, completely changed the way I trained myself, trained my athletes, and trained all the people at Men’s

Since then, it’s been tens of thousands of people per year that are learning about these short burst workouts system and now it’s quite mainstream but we probably actually overestimate how many people know about and use short burst training because if you go into any big gym these days, it’s still full of people on cardio machines who just aren’t ready to take it to the next level.

The Garage Warriors know all about it because that’s what we train in. We train that way in a variety. I trained today with kettlebell and TRX in my garage and it was an awesome workout and it was short. The only reason it as a little bit longer than 20 minutes was because I do quite a bit of a warm up mobility and stuff like that but I was done with that workout before most people even broke a sweat on a cardio machine.

That’s what I’ve brought to the game. So many other people around the same time or just after started following my lead and it has really taken off. I love that so many people are getting great results these days from shorter workouts. Also because they do shorter workouts they have much less risk of overuse injury.

Tyler: That’s fantastic. You know, Craig, you’re someone who’s well known for practicing what he preaches so can you give us a little bit of an example of kind of what that workout today looked like?

Craig: Yeah, totally. I hit heavy swings—I have kettlebells just about 70 pounds—and then I was doing broad jumps for some explosive power there. Then I also was doing some overhead pressing with kettlebells and then I was using TRX rows. I love that superset with the kettlebells. Because I’m not a huge kettlebell fan because I just don’t get into it like some people do, I just started double kettlebell front squats and that is a really serious exercise. You can’t fake your way through that one at all so I did that.

I did some powerwheel roll outs. I really like that little piece of equipment from John Hinds at Lifetime Fitness, the power wheel. It’s much better than the ab wheel. It’s much less stressful on the shoulders. Then I finished off with, well, I like to put two kettlebells on the ground and do closed grip push-ups with my hands on the handle. It makes for a different, more stressful to the triceps, closed grip push-up and a little bit easier on the wrist joint for people that don’t like to do traditional push-ups. That was the workout. It was a lot of fun. And at the back of it, it was a beautiful day out.

Tyler: That sounds like a really good workout. I’m interested, Craig. Do you program your workouts in advance or do you just go out to your garage and just have a good time and try to stay fit?

But I do stick to four days a week program. I’m heavily influenced by Jim Wendler’s 5/3/1 program. Right now, I’m getting away from it a little bit, just doing this experimental one to see how aggressive I can go with repeated squatting during the week. That’s what I’m playing around with right now but same as the Turbulence Training, there’s a lot of randomness and chaos to it but it is all within a structured four-week program so that you repeat the workout at least once a week for four weeks. I really do believe more in that structured system than in the randomness. With that said, we have a lot of fit people that do stuff differently every day and are obviously getting some results too but I like my way the best.

Tyler: Absolutely. It seems like you’re always tinkering and trying to find different ways to do things. That’s why you’ve been able to grow your community consistently for a long time now. What do you kind of get people to start out at? Let’s say somebody is on the cardio machine. They are doing the traditional bodybuilding or even worse, maybe like some machine workouts or something like that. What’s the first step they need to take?

Craig: Well, the great thing is that those people are going to get the best results the fastest and so what generally I’ll do is get them, in most cases, they’re going to be using 12, 15, 20 repetitions a set and not really pushing it so we get them to move over to 8 repetitions with either dumbbells or bodyweight exercises. Right there, that gives them a stimulus for change in their body. Most people aren’t changing their programs either so they’re doing the exact opposite of what you just asked me about, whether I change it up every day. Most people are doing the same thing for months, if not years, like literally the same exercises and the same routine with the same weight and wondering why they’re not changing. So you need to put the stimulus on the body.

This is how you break down training. Training is this: you go into the gym to put a stimulus on the body so that when you leave the gym, your body adapts to the stimuli. That’s why you don’t have to train every day. That’s why you have to change things at least every four to six weeks because the body adapts to the stimulus. It’s just like the construction worker. The very first day when he pounds 100 and 200 nails, he’s going to be sore the next day but then his body adapts to it. He’s no longer sore and it’s very easy for him. Just like a construction worker who can then do more work, we need to change the training stimulus.

So for people generally we change the routine. We increase the intensity. For beginners that are overweight, we can do an incredible workout with them lying on the ground only with bodyweight exercises, especially if they’re untrained and quite overweight. Most people don’t have to go to machines or fancy crazy exercises. We can get them stronger and fitter just lying on the ground. That’s where I’d start most people. It’s just how can I get them to the basic movement pattern safely and properly. We probably put a little more emphasis on the back of the body, the upper back and the glutes and hamstrings than they’re probably used to.

We have more to talk about over the next few days. So please be sure to  join us in part 2 of this expert interview series.