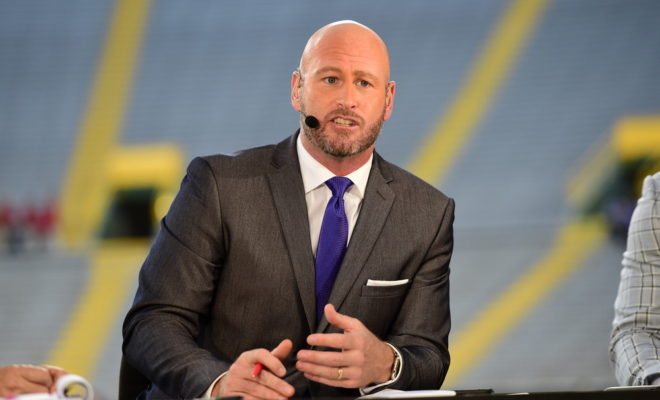 Take a business lesson from ESPN…

On January 28, 2001, Trent Dilfer won the Super Bowl as the quarterback for the Baltimore Ravens.

On Wednesday, April 26, 2017, Dilfer was laid off from his job as an ESPN sports anchor.

If there was ever any doubt that the worlds of sports, entertainment, and news was changing, all of that is gone. No other network, not ABC, NBC, CBS, or FOX so dominated a market like ESPN dominated the sports broadcasting and media industry. The massive cable sports network has paid a collective $20 billion for the rights to broadcast the NFL, NBA, and MLB, and yet, it’s going broke as millions of subscribers opted to cancel.

It’s not only because ESPN has lost the plot with its programming decisions or because it’s overrun with unwanted political commentary. ESPN is now fighting the same monster that millions of American businesses struggle with:

ESPN has also been forced to fight against cannibalization, as Disney, ESPN’s parent company, paid over $1 billion to stream Major League Baseball, directly competing with the sports network. Silicon Valley calls this process “disrupting yourself.” However, I’m sure those words are little comfort to the 149 employees that got let go as a result, alongside Dilfer.

“You have to be willing to either create or experience some distribution as we migrate from what has been a more traditionally distributed world to a more nontraditional distribution world,” Robert A. Iger, Disney’s CEO, told Wall Street analysts in early 2017. “And some of that we’re going to end up doing to ourselves, meaning that we understand there is disruption, but we believe we have to be a disrupter, too.”

What’s that mean for you?

It means start looking for who’s coming to eat your lunch.

Is Jeff Bezos licking his chops at the thought of entering your marketplace? Or is your boss looking to promote someone junior and send you packing like Disney did to ESPN?

Like it or not, disruption is the new name of the business game.

We’ve been watching this happen in the traditional publishing industry for almost 15 years. Advertisers have been fleeing newspapers, forcing them to expand their digital presence (while sacrificing millions of dollars in ad revenue) as they compete against upstart digital news destinations like Brietbart.com, RealClearWorld.com, The Drudge Report, and HuffingtonPost.com.

But even these online-only businesses are seeking disruption, finding their old model now archaic in the evergreen world of digital content. That’s why you’re seeing so many digital pubs trying to “reinvent themselves.”

At ETR, we often share our essays on Huffington Post, and just this week received a notice that the site was undergoing a significant makeover.

The popular news outlet swapped their academic typeface for a fresh and bold redesign that appears to target a younger viewer. And it wasn’t just a change above the fold; the layout of their website was completely redone – which the company stated was “the start of a new era under our Editor-in-Chief, Lydia Polgreen.”

The move was aggressive, but warranted. It serves a good business lesson, too, teaching owners and operators of digital information companies (and almost all companies, really) the importance of taking a chance and adapting (sure, you could call it “disrupting”) your image for the sake of pushing your brand into a new lifecycle of business.

Here are 3 ways you can follow Huffington Post’s lead to stay alive and avoid the fate of companies like Disney’s ESPN.

1. Stay Ahead of the Curve

Huffington Post (now referred to by its cool, self-proclaimed nickname “HuffPost”) attracts over 222 million readers a month. You might think they didn’t NEED to redesign, but that’s what GM thought about electric cars before Tesla showed the entire automotive industry how disruption can bring a product and mindset revolution.

HuffPost’s move toward a refreshed aesthetic is the perfect example of why it’s essential to stay ahead of the curve and evolve your digital persona and company presence with the times.

(Remember all the times Facebook changed their layout and users freaked… then quickly got used to?)

A redesign, a product update, or any reinvention offers you a talking point, and has the power to drive a huge influx of visitors to your site (or brick-and-mortar location) via the curiosity angle of what changed and why.

2. Always Have Data to Back the Change

HuffPost didn’t up and say, ‘let’s change our entire image and hope for the best.’

No. The company underwent scrupulous testing to determine the design elements that most engaged their readers (both current and those demographics they’d like to convert).

You may not have the deep pockets needed to run focus groups, but surely you have a mentor or mastermind group that would be happy to review your changes and submit informed feedback.

Take that feedback and adapt your reinvention. This is how you create a better customer experience and new opportunities. If anything confuses your viewers or prospects – perhaps something that feels incongruent with other design elements or other aspects of your marketing messages – make the changes as quickly as possible, without looking back.

Take a lesson from Madonna, the queen of pop, and master of reinventing herself.

Madonna works hard. She demands perfection. She doesn’t coast. She refuses to remain stuck in her ways. And unlike ESPN, who priced themselves out of a market, Madonna doesn’t take her work for granted.

When you take this work ethic and combine it with the ability to predict the future trends in a fickle industry, you can stay on top for a lifetime. (And that’s exactly what Madonna did.)

It’s the same approach that HuffPost is using to stay ahead in the hyper-competitive news media industry.

Unfortunately for ESPN, a company that has all but ignored these steps to positive disruption, these revelations are probably too little, too late. They certainly are for Trent Dilfer who has gone from top of the world to just another good worker looking for their “next chapter in life.”

If you seek to stay relevant, look to reinvent with these 3 strategies. For if you don’t, just realize that any empire, even one as big as ESPN, can crumble.