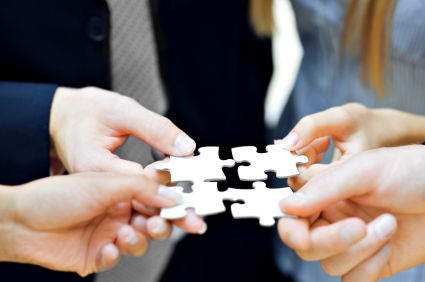 “Appearances can be deceiving. Truth is, they nearly always are.” – Pindar (mentor) to Joe (protégé) in The Go-Giver.

Why is it so often the case that, what we’re absolutely sure we know turns out to be wrong? Because, as human beings, we make decisions and judgments (both minor and major) based on very limited information; information controlled by our personal Belief System.

Ever have an anger-filled disagreement with someone only to later learn it was based totally and completely on a misunderstanding?

Ever crossed signals with a friend and learned only after it was too late that you both unquestioningly assigned very different meanings to the exact same word; hence the confusion?

And, have you ever lost a sale because, while certain your prospect was bothered by one issue, she wasn’t at all…but – only later discovered – was actually very concerned with another?

If you’re like most of us, your answer is a definite “Yes!” Let’s see why this is and then provide a method you can use to overcome it, making your level of communication far more effective and your success more assured.

It Begins with Beliefs

I define a “belief” as: “the truth as one understands the truth to be.”

Truth itself is fact. It is neutral, without feeling. It’s neither good nor bad…it just is. It may be viewed as good or bad depending upon the context, situation and people involved. For example, the truth is that gravity works. Good when keeping you from floating thousands of feet into the air against your wishes. Bad when falling out of a six-story building.

Because of the natural subjectivity of Belief Systems, however, judging interpersonal situations isn’t always that easy.

Our personal Belief System is a combination of upbringing, environment, schooling, news media, television, movies, internet, etc. Every experience our mind ever takes in. At times, these beliefs serve us well. All too often, however, they do not.

Once formed, our Belief System is extremely difficult (though certainly not impossible) to change because it operates primarily on both a subconscious and unconscious level.

Yes, we are ruled by our subconscious without even being aware of it. That is scary. And, even after we understand this, it takes a lot of work both to stay aware of this, and to re-program our subconscious mind so that the operating system serves us.

A very somber example is the person who grows up the child of an abusive relationship. In all likelihood, he or she knows this is not good; that it’s an unhealthy way to live. Yet, it happens all too often that, as an adult, this person will go from one “bad” relationship to another?

No, they won’t consciously seek out a partner to fit that belief, but rather sabotage the “good” relationships they find themselves in until finding the one that fits their truth.

Another example is money and abundance. If raised to believe that money is evil and that wealthy people are nasty, dishonest and unhappy, he or she will most likely self-sabotage whenever getting close to bringing in the major bucks.

They won’t know why. They’ll blame the traffic that caused them to miss the appointment with the ultimate decision-maker who was ready to buy. Of course, there was traffic. Then again, they could have left earlier, just in case. Hmm, come to think of it, similar things have been happening a lot to that person lately.

They might never realize the self sabotage, because they think of themselves as kind and honest and desire to be happy (the exact opposite of their truth about wealthy people), they could never allow themselves to be one of those horrible people.

A Lighter But Still Powerful Example

A friend was considering moving to the area and asked if a particular home a Realtor® described over the phone was near the ocean. I said, “No, it’s pretty far away.” So he decided he wasn’t interested.

When he and his wife arrived they asked me to show them the home just so they could see it. Upon viewing it he said, “I thought you said it wasn’t near the ocean!”

In both business and personal relationships, when conflicts arise, we tend to believe we are communicating correctly. It’s the other person who has no clue. Of course, they are thinking the very same thing about us.

So, how do we resolve interpersonal conflicts?

First, we need to become aware that, while we are working unconsciously out of our own Belief System, our counterpart is doing exactly the same. And, we all think that the way we see the world is the same way everyone else sees the world. It’s important realize the fact that – in practically every case where there is conflict – we are both working out of two very different sets of beliefs.

Next, we practice staying conscious of this; constantly “checking our premises” – qualifying that we are making decisions based not just on appearances but on what really is.

Here’s a very effective way to work with “Beliefs” and Belief Systems in order to practically ensure that both you and the other person come out winners.

When in conflict or confrontation, ask yourself four questions:

1. How is my personal Belief System distorting the actual truth of the situation?

2. How is his or her personal Belief System distorting the actual truth of the situation?

3. What questions can I ask this person that will clarify my understanding of their version of the truth (their Belief System)?

4. What information can I give that will help them clarify their understanding of my version of the truth (my Belief System)?

As the saying goes, within conflict between two or more people, there are generally three truths: your truth, their truth, and the actual truth (those first two truths are actually beliefs).

For a deeper of understanding of this topic, I highly recommend Psycho-Cybernetics by Dr. Maxwell Maltz and The Four Agreements by Don Miguel Ruiz.

Through questions, as well as a caring exchange of information, the real truth can usually be discovered, generating understanding, respect and peace. This leads to results in alignment with our Belief Systems in which both people win, feel great about the situation, and about each other.

[Ed. Note. Bob Burg is coauthor of the International Bestseller, The Go-Giver. The book has been published in 21 languages and has sold over 250,000 copies. Check out this brief and entertaining, recently- released overview of the book at http://www.burg.com/tgg. And, of course, feel free to share it with others.]
Posted in Careers, Lifestyle, Self-Improvement, Skill Development, Wealth, Work
This error message is only visible to WordPress admins