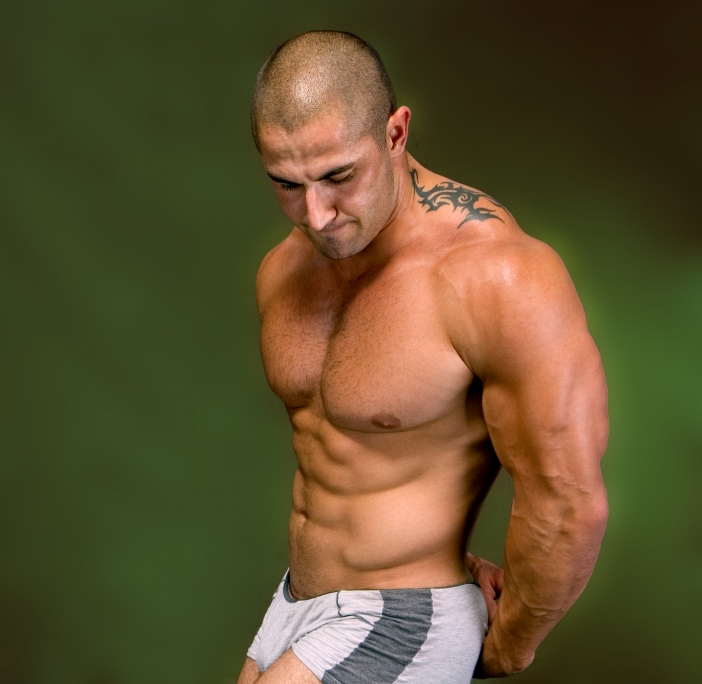 Foam rolling exercises are a great  for tune-ups between workouts as fitness expert, Alwyn Cosgrove shares with us in part 2 of this interview series.

Today, we are kind of switching gears and getting Alwyn’s point of view about boxing.

Craig Ballantyne:  So the UFC fight, you were talking a little bit about that and how it had one minute of action.  So what was your take on the whole thing?  Should they have had another fight or what?

Alwyn Cosgrove: I’m looking at this purely from a business point of view, is this is the showcase event on free network TV and it lasted a minute.  I don’t think they should have another fight because they only had a one hour show, which when you factor in commercial breaks I think it’s 44 minutes or something in the U.S.  So it was a championship fight which goes five five-minute rounds with a one minute rest.  So you end up with about a 30-minute period of time before the result and for the commercials.

I don’t think they could have had another fight.  But I wonder if it will help them to get to the next level of business.  There’s no one to blame for this.  You have an opportunity to expose your sport, your business, to a whole new clientele.  And what was delivered was 64 seconds of what I would consider, as a long time martial artist and a fan of multiple combat sports, sloppy boxing.  There was no real technical ability.  And the first punch landed ended the fight.

So I think martial arts fans appreciate it.  I think USC fans would like it.  But I think the general population, who have never seen this before, would say, “That just looks like boxing, only not as good.”  So I don’t know if they could have maybe had a highlight reel of kicks and submissions and a whole bunch of stuff.

But I don’t think this was what they had planned, as evidenced by after it they built up the champion so much, Cain Velasquez, and he lost with the first punch that was landed.  Dana White is the – I’m not sure his exact position, president of UFC, director, I don’t know – he just kind of went on a tirade afterwards about what Velasquez did wrong.  Because there’s sort of an advantage that you presented this as your superstar champion and he got knocked out at the first punch I think.

So I don’t think anybody’s to blame.  If I got one minute on network TV across the entire country to showcase my gym and it came down to somebody doing a couple of reps of a bicep curl with dumbbells, I’d be kind of bummed.  It doesn’t really show the extent of what we do.

Craig Ballantyne:  Right on.  So did you watch the Pacquiao fight?

Alwyn Cosgrove: Of course I did.

Craig Ballantyne: And who won?

Alwyn Cosgrove: I think Marquez won seven rounds to five.  I don’t have a problem with a draw or a Pacquiao win.  One of the scorecards is so one-sided.  That’s not real.  Yeah, I scored it seven rounds to five.  I watched it again without listening to the commentators and no one at my house saw it, because I’m a geek.  I wanted to see if my opinion was the same.  Seven rounds to five means that if I had scored one round the other way it’s a draw.  And it was that kind of fight.  It was some close rounds.  If I scored two rounds the other way Pacquiao wins.

The one scorecard came in, it just was so one-sided.  I don’t like to say that it was biased as much as it was incompetent.  That was a one-sided fight and one guy died.  I don’t think anyone’s there – and as evidenced by the coach just booing the result.  Pacquiao’s a golden child right now.  The crowd was booing the result.  People there, they don’t hear commentators.  They’re not swayed by what we see on TV.  They’re there watching it.

I’m always at the same point, when you’re there watching it and you’re with your friends talking and being distracted, a professional job doesn’t get to do that.  I thought it was a really cool site because it went either way.  I’ve watched it a couple of times and I still think Marquez won.  I can’t see how one guy’s decision is –

Craig Ballantyne: Interesting.   And the reason why I’m asking all these questions is because he’s a student of the fight game and he was a world champion taekwondo guy.  You also went to the Hopkins fight, right?

Alwyn Cosgrove: Let’s skip that one.  Hopkins is just so experienced and so – even when it looks like he’s not in it he’s in control.  He’s slowing the pace down.  And I just got the opinion that he was going to win it based on what I was seeing.  And Dawson was getting frustrated because Dawson just – he got in the clinch and Dawson picked him up and dumped him on his shoulder and popped his shoulder.  The WBC originally gave it as a Dawson win.  And the WBC have overturned it and made it a no contest.  But the California State Athletic Commission hasn’t overturned it yet.  They don’t meet until December.  How do I know this stuff?  It’s dangerous to know this much obscure information.

Craig Ballantyne: What round –

Alwyn Cosgrove: I like boxing.  What round did it finish?

Craig Ballantyne:  You must have been so upset.

Alwyn Cosgrove: Yeah.  I was a little excited.  It’s a long way to go and an expensive ticket for a four minute contest.  People always say, “I get mad when that happens in boxing.”  But Tyson was one of the most popular figures of all time and he did that on a regular basis.

Craig Ballantyne:  Yeah.  He earned his wins though All right, so I was at my chiropractor this morning and he asked me how old I was and he said I was holding up pretty well for my age.  And we kind of got into this discussion about when peoples’ bodies really slow down in terms of their strength and speed.  We’re talking about Hopkins there who’s what, 45?

Craig Ballantyne:  Yeah.  I’m sure you get the same emails that I do from people of all ages, from 40 to 35, 30.  I get emails from guys who are 25, talking about if they can ever get in shape again.  So what’s your opinion?  Is it simply all individual and how much time you’re going to put into your preparation work and proper training and nutrition that can really keep somebody going and staying fit for a long time?

Alwyn Cosgrove: I think it’s the old analogy about cars.  It’s not the age, it’s the mileage.  I think after years of combat sites and then two rounds of chemo, my body was way more beat up than somebody at the same age as me, just because of what you went through.  I have this fascination with athletic longevity.  What separates a guy like a Hopkins.  When you see guys coming out like Francis [Kobahato] comes out, David Greer comes out of the Olympics and his career is very short.  And Hopkins goes a long time.  I think there’s a definite difference in terms of what to do with somebody.  But I think it’s unrelated to age exactly.  It’s related to mileage in the body.

Craig Ballantyne:  How long did Hopkins go to jail for?

Alwyn Cosgrove: I think that was before He was fighting.  That was a long time ago.

Craig Ballantyne: So he wasn’t a boxer before he went to jail.

Alwyn Cosgrove: No.  He came out and turned it around.  So he may just have kept his body clean. If you’re lean, there are a lot of people who can eat very poorly when they’re lean and stay relatively lean.  I’ve always felt like genetically there’s people who can just start training and they drop fat, and others who just eat cleaner and drop fat and others who just eat the right amounts and drop fat.  I was the guy who had to do all three together or nothing would happen.

So I think there’s something about aging that we’re not understanding.  Joel Kalabati retired at 37.  Hopkins is 46 and beat Jean Pascal who’s 29 years old.  David Beckham who had millions and millions at his disposal for trainers, nutritionists and therapists has declined.  Tom Watson won a senior PGA championship at 61.  So there doesn’t seem to be anything related to just chronological age.

We’ll have to end this for today. But join us in part 4 for Alwyn’s theory on training and lifestyle and other factors.