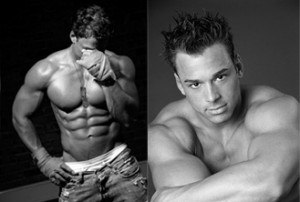 John Romaniello has helped thousands of people achieve and surpass their fitness goals using methods both traditional and unconventional. He offers an innovative approach to coaching and training.

Over the next few days John shares with us his views on fighting hormones with hormones helping you burn fat, as you successfully transform your body.

Craig Ballantyne:  Hey everyone, this is Craig Ballantyne from TurbulenceTraining.com, and I have this very special guest on here today.  We are going to have a fat loss workout battle.  On the phone is And then estrogenJohn Romaniello from Final Phase Fat Loss.  John, welcome to the call.

John Romaniello: Thank you very much, Craig.  Thank you to everyone who is listening.  I am excited to be here and engage in the epic battle of fat loss.  This is going to be fun.

Craig Ballantyne: Yes.  And not only is it going to be an epic battle.  It is an epic battle to fix slow fat loss and trouble spots, which are a big problem for a lot of people.  You did me a huge favor by doing the 24-hour Perfect Day Fat Loss program.  I really appreciate that.  And it’s over on the blog, and I’ve sent people there, so hopefully they can find it at TTFatLoss.com.

Now, let’s get into the specifics. And we’re going to jump right into the workout.  So the workout that you put in there was a density workout, it was an intense workout.  And I know that’s part of your trouble spot approach.

So maybe even before we get to the workout, talk about the training approaches for different trouble spots and then walks us through that intense workout that you put on the blog.

John Romaniello: Sure.  To give you an overview, trouble spots are really just a way of – it’s the term that we used before we understood that these trouble spots were caused by hormonal issues.  So what we’re finding, both, myself and a number of other trainers – and I have to give credit here, a lot of research is being done by a very famous strength coach named Charles Poliquin at the Poliquin Institute in Canada, the cold white north where you guys live.  So basically what he does is a lot of hormonal testing and a lot of body fat testing.

And what we have found in the industry at large over the past several years is that storing body fat in certain places corresponds with higher levels of certain hormones.

So for example, if you have very high cortisol it turns out that you’re going to store most of your fat in your belly.  And therefore, if you have a lot of  belly fat it’s a very short step for us to figure out that your cortisol levels are probably out of whack.  And all we need to do is look at your fat storage atoms, and it gives us an indication as to your hormonal environment.

So certain hormones are related to fat storage in certain areas.  Cortisol and belly fat is one of them.  Insulin is related to fat storage in the love handles and also the upper back which is really interesting.  We don’t talk too much about the upper back because most people are mostly dealing with the love handle region, but it also manifests itself there.

And then estrogen which manifests itself in fat storage in the lower body and also in the upper body, particularly around the chest, and this obviously has a little to do with location of the mammary glands.  So you don’t hear too many complaints about that with women, but guys who have a lot of estrogen related fat storage are dealing with man boobs, and that’s something.

But strictly in terms of training what we have found is that we can fight hormones with hormones.  For example, cortisol can be offset – and that’s again the belly fat hormone – it can be offset with another hormone called growth hormone.

Growth hormone is produced when we do a lot of different types of exercise, but one of the things that we have found is that when you create lactic acid, there is a corresponding increase in the amount of growth hormones that you produce.  Lactic acid is a byproduct that is produced when you break down tissue, so that and pyruvate are sort of responsible for the burn that you feel.

So doing training that is specifically intentioned to produce lactic acid will in turn help you produce more growth hormones.  Growth hormone sort of gets produced when the acidity of your overall metabolic environment gets higher.

And so if you think about lactic acid creating a burn, growth hormone is sort of the healing stab that is released to help cool the acidity and restore everything to a more balanced – that’s a good analogy.  That actually is not completely scientifically valid, but in terms of an analogy it helps people understand what’s happening.  So the lactic acid gets produced, and then your body starts producing growth hormone to help balance things out.

Growth hormone is exceptional for a number of reasons.  One, it is one of the most powerful compounds in the body for both building muscle and burning fat, but with specific regard to belly fat growth hormone helps to offset cortisol.  So if cortisol is very high, the more growth hormone you produce the more it will start to lower those cortisol levels.  And over time, again, you can see how that would allow you to lose belly fat.  So that’s one way.  Does that make sense?  Am I being clear?

Craig Ballantyne: Yeah.  Do you want to keep going or can I ask another question?

John Romaniello: I’ll just quickly cover the rest because I know we’re kind of in a rush.  So just so that everyone is aware which hormones we’re talking about, if you’re dealing with insulin the hormone that can offset that is something called IGF-1, or insulin-like growth factors.  And in Final Phase Fat Loss the relationship between those two is pretty well explained, but if you want to produce a lot of IGF-1 and increase your insulin sensitivity than you’re going to do a lot of big combination type movements.

And if you want to offset estrogen obviously you would be looking to produce more testosterone, and that would help lower your estrogen levels, or at least lower the effect of that high level estrogen has on your body.  And to do that we do density training, which is the workout that I did in the Perfect Fat Loss data I gave you.

That’s all for today.  Stay tuned for part 2 where the fitness expert explains the affects of density training.